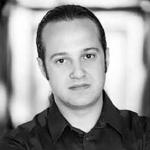 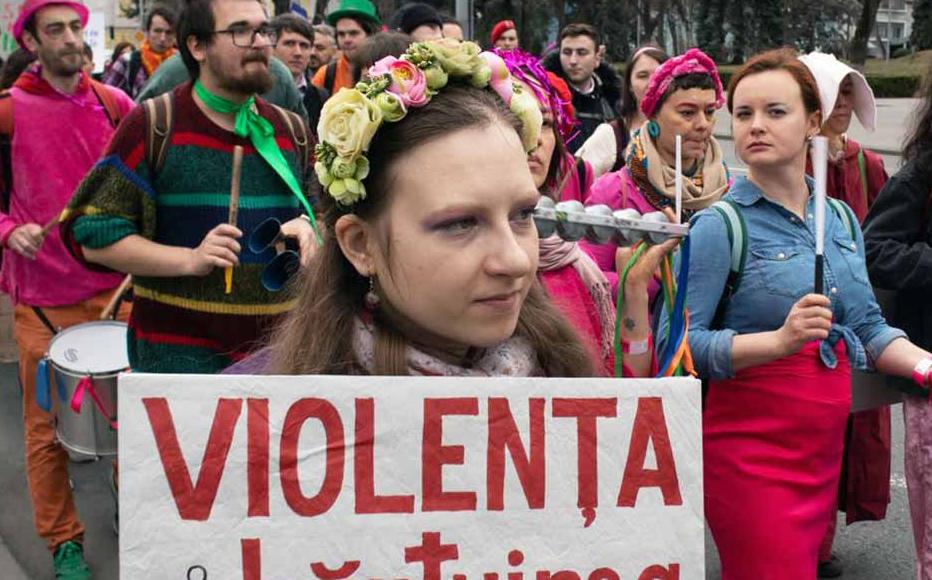 March protesting domestic violence, Chisinau 8 March, 2020. © Life without Violence in the Family – national coalition
The link has been copied

Moldovan civil society is trying to respond to a surge in domestic violence amid the Covid-19 crisis, hampered by entrenched social attitudes, a lack of resources and little government support.

Violence against women is a deep-rooted problem in Moldova, driven by conservative norms and prejudice. According to a study by the UN, the WHO and local organisations, seven out of ten women from rural parts of the country - and six out of ten in urban areas – have suffered from at least one form of violence caused by a spouse or partner during their lifetime.

Surveys have shown that 41 per cent of Moldovan men believe there are times when a woman deserves to be beaten and more than 27 per cent think a woman should tolerate violence to keep the family together.

During the state of emergency imposed in Moldova from March 17 to May 15, hundreds of women called domestic abuse helplines. According to the police, 678 cases of domestic violence were registered between January and April, 13 per cent more than in the same period last year. A total of 90 criminal cases were initiated and 480 people fined.

The police and courts imposed 780 emergency restraining orders and 231 protection orders. However, these figures are unlikely to represent the true scale of the issue as victims often fail to report abuse.

Lilia Istrate, programme manager for the La Strada NGO, which focuses on gender violence and sexual exploitation issues, said that they had received 30 per cent more calls about domestic abuse in April 2020 than in the same period last year.

“If the victim is living under the same roof as the aggressor, they cannot call during isolation as they are always together. Women in such cases do not feel safe at home, where they should. Then the stress is doubled,” she explained.

Istrate described the case of a pregnant women who managed to lock herself in the bathroom to escape her violent husband and then called the police.

“When the police arrived, they buzzed the door downstairs to get in but when the woman came out of the bathroom to open it for them, she was caught by the aggressor, and the police could not intervene,” Istrate said.

The woman subsequently called the NGO the following day, which was able to provide her with psychological support and help her to leave for her parents’ house.

“She told us she hadn't felt so peaceful in a long time,” Istrate continued. “The irony is that precisely because she was quarantined and isolated, the aggressor could not reach her in the countryside where her parents live.”

La Strada has six licensed psychologists, along with legal experts who handle about 2,000 cases of assault or domestic violence per year. Many of their calls were from the children in the family, Istrate explained.

“Usually we get calls from teenagers between 13-16 years old when they understand that their fathers' violence is not good and they want their mother to be protected,” Istrate said. “Often their mothers say to them that she suffers for them to have a father. The children ask for our help to stop what is happening in their families.”

Since 2016, a coalition of 23 NGOs have worked together in the Life Without Violence in the Family alliance. During the lockdown, they attempted to provide services, for example delivering food and food and hygiene packages from UN Women Moldova and the Swedish Embassy in Chisinau to around 30 women and their children.

Ludmila Popovici, who heads the Rehabilitation Center for Torture Victims, (RCTV), part of the Life Without Violence coalition, said that they had increased their special telephone and online therapies and resources since the coronavirus crisis began.

She added that RCTV currently worked with 70 women and children, including ten new cases registered since the start of the state of emergency.

Moldova has 14 shelters, with a capacity to provide shelter for 181 people affected by domestic violence, although quarantine rules prevented them from receiving clients during the crisis.

As a solution, some NGOs came together to provide emergency accommodation but were only able to help four women and four children during this period.

However, according to data from the Council of Europe Convention on Preventing and Combating Violence Against Women, Moldova would need about 356 more centres to adequately deal with the problem given that it has a population of 3.5 million.

Although Moldova signed the Istanbul Convention - which outlines better measures for domestic violence victims - in February 2017, it has yet to be ratified by parliament.

Conservative groups such as the church as well as pro-Russian political figures, including President Igor Dodon himself, continue to oppose it.

“Of course, the ratification of the Istanbul Convention is a priority for us… I really want to have a positive opinion from all three parliamentary committees and then to vote it in the parliament,” said Doina Gherman, the head of parliament’s commission on human rights.

Although Dodon has urged his ruling Socialist Party to vote against the law, Gherman hopes it will be possible to convince the Democratic Party to support it, as they initially signed the document back in 2017.

The Metropolitan Church, which is subordinate to Moscow’s Patriarchy, has tried to pressure Gherman to abandon the issue, arguing that the law goes against traditional values by giving equal rights to sexual minorities.

Dozens of NGOs and social media influencers created an online petition on May 12, hoping to reach 10,000 signatures of support.

“If the Convention is not ratified by the end of the spring session, we risk not having it in 2020 either,” said Alina Andronache, a representative of the Partnership for Development organisation. “Unfortunately so far only about 2,600 signatures have been collected, involving a lot of people with influence on social networks and who promoted this cause.”