Constructive engagement between the centre and the regions vital for inclusivity.

Constructive engagement between the centre and the regions vital for inclusivity. 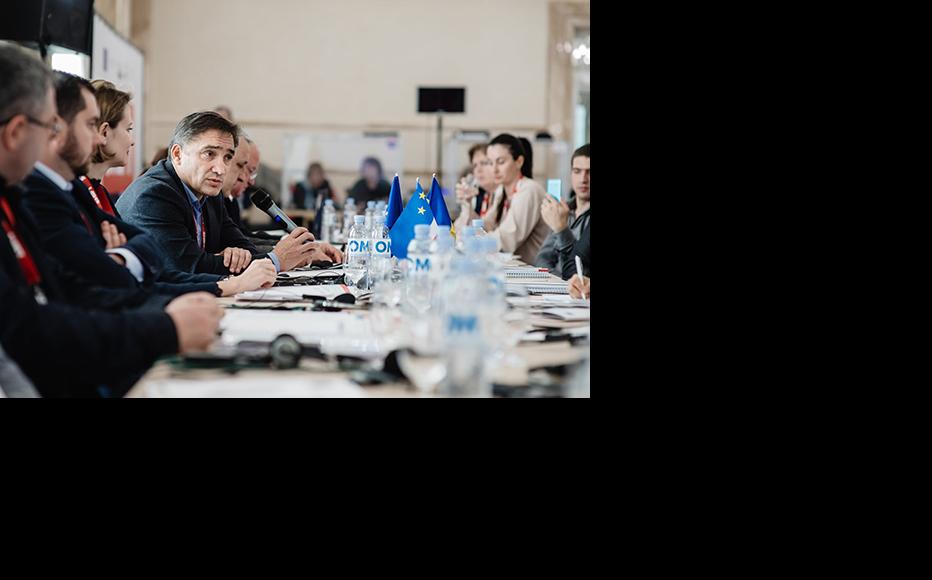 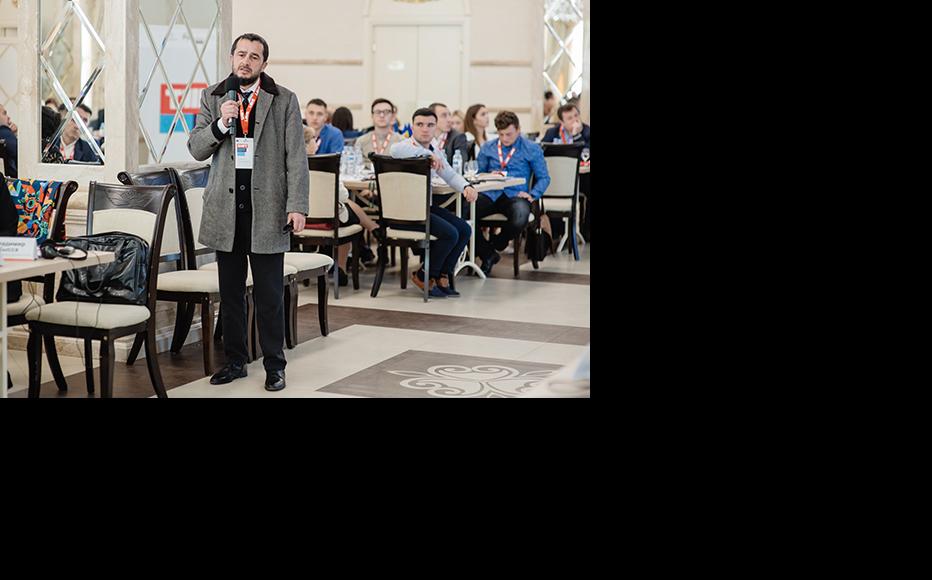 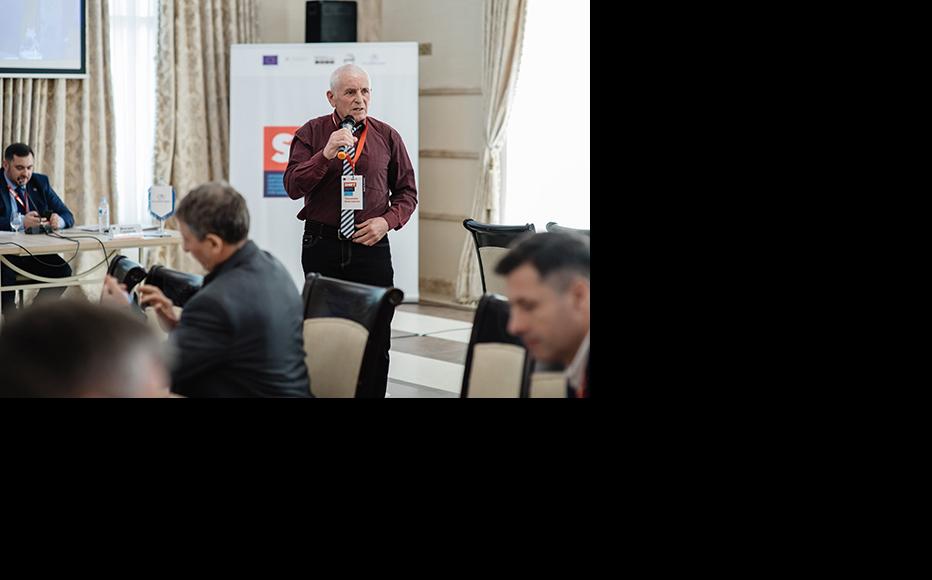 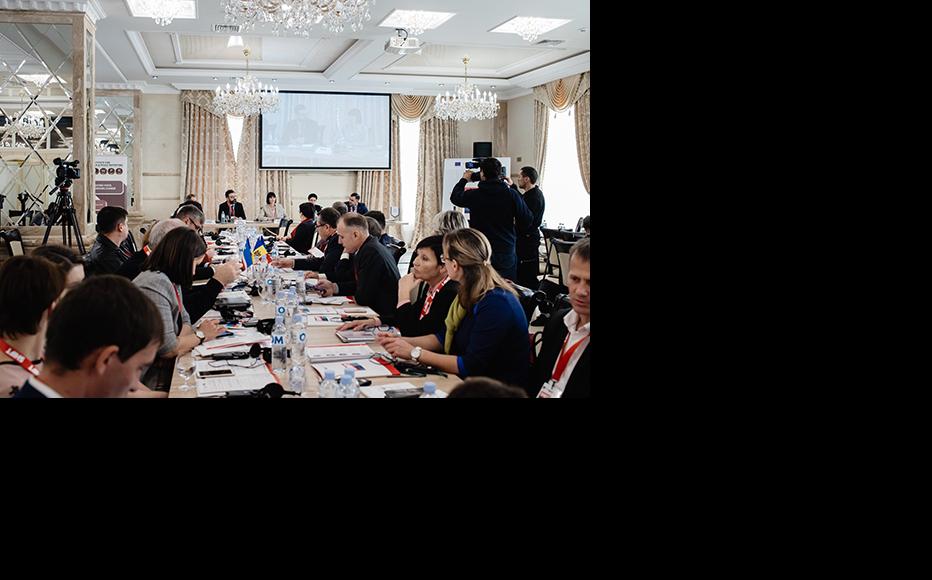 The first panel of the conference entitled Access to Electoral Processes and Governance in Moldova: Challenges and Perspectives. (Photo: IWPR/Piligrim Demo) 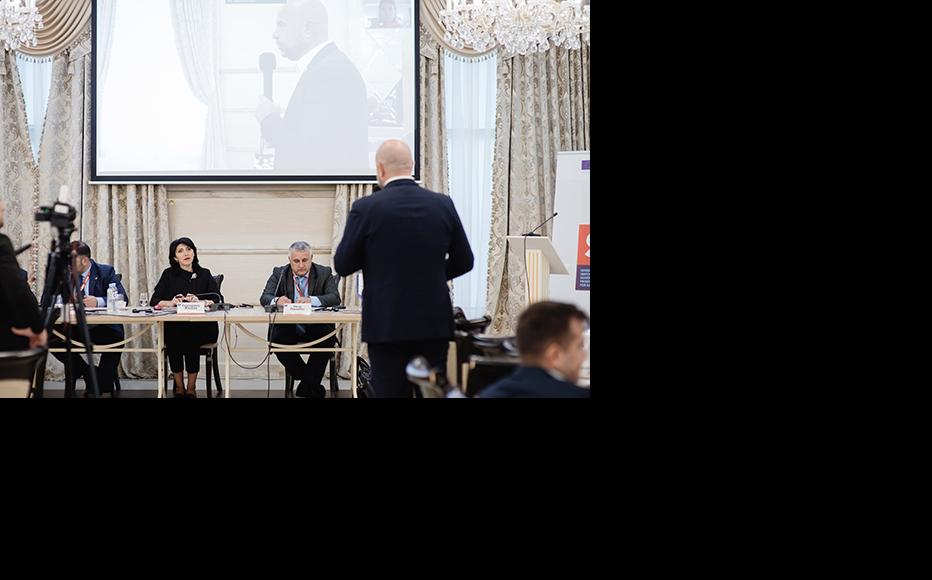 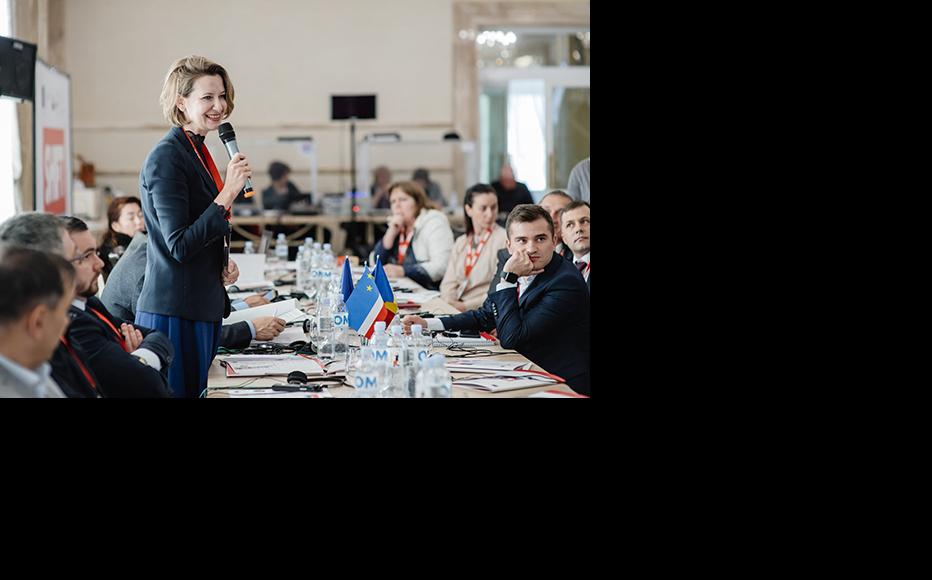 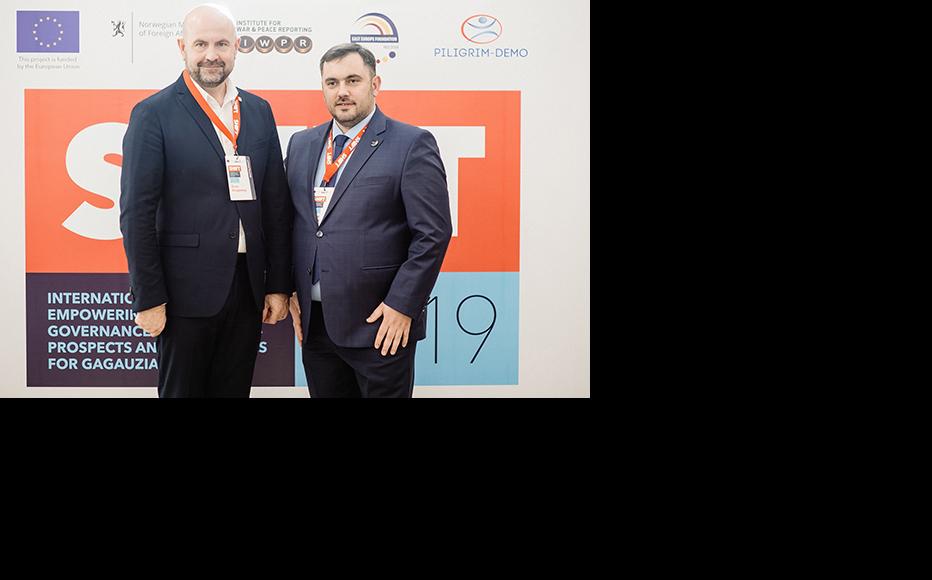 Vladimir Bolya (left) member of the Moldovan parliament and Mihail Sirkeli, executive director of Piligrim-Demo. (Photo: IWPR/Piligrim Demo)
The link has been copied

A conference held in the autonomous territorial unit of Gaugazia explored ways to include the region in the wider politics of Moldova.

Hosted by IWPR in partnership with the Pilgrim-Demo NGO, the event brought together some 100 participants, including members of the people’s assembly of Gagauzia and the Moldovan parliament as well as representatives of civil society, in the village of Avdarma on November 13.

Gagauzia is mainly populated by ethnic Gagauz, a Turkic-speaking Orthodox Christian group. Other nationalities in the region are Moldovans, Russians, Ukrainians, Bulgarians and Roma, with Russian the most widely spoken language.

Gagauzia has its own legislative body, but constituents feel more and more distant from central government.

Mikhail Sirkeli, an executive director of Pilgrim-Demo, told participants that when the country next went to the vote it would be vital “to ensure an improved election [process] through increased equal access and participation of all groups of our society, including national minorities, people with disabilities and women”.

The conference went on to discuss the challenges local communities faced in participating in decision-making processes, noting the lack of instruments in Gagauzia to engage citizens and encourage diversity.

“Ensuring inclusion is not an easy mission,” said Andrei Brighidin, the evaluation and development director of the East Europe Foundation. “Very often citizens have no trust in institution and no desire to participate in political parties as they see no difference from one party to another.”

Brighidin stressed the need for political parties to engage more with women, persons with disabilities and young people. All these sectors remain underrepresented in Gagauzian politics.

Sergey Duminika, a representative of the Roma community of Gagauzia, raised the issue of discrimination against minority groups such as his.

“If Gagauzia is trying to improve its governance, you need to look at what is happening under your nose,” he said. “If you do not respect your people, how can others respect you outside of Gagauzia?”

Ekaterina Zhekova, a member of the people’s assembly of Gagauzia, also called for greater inclusivity.

“Women are poorly represented in governance processes, because either men do not vote for women or women do not nominate themselves for higher posts,” she concluded.

“The majoritarian election system does not promote the advancement of women,” she said.

Alexander Stoyanoglo, a former lawmaker and now an expert at CMI, an independent Finnish peace organisation, said that Moldova’s internal political dynamic did not help.

“It is necessary to create as many similar dialogue platforms as possible to discuss and find solutions to interaction problems between the autonomy and the centre,” he said, adding that Gagauzians also needed to take responsibility.

“We are not self-critical, we always blame Chisinau for everything, but we don’t want to change anything,” he concluded.

Moldovan lawmaker Vladimir Bolya said that Gagauzians needed to be part of the country’s political mainstream.

“I have met a lot of people in Gagauzia who are smart, skillful and great patriots of Moldova,” he continued. “In our faction, we have Roma, Jews, but no Gagauz people. I would like to see them in Moldovan parliament, not just two or three delegates, as something exotic, but as fully-fledged citizens and politicians of our country, as people who work in the parliament, who understand how to lead and build the state.”

Moldova’s close ties with EU has been a particular issue of concern for the autonomy. In a referendum held in 2014, 97 per cent of people in Gagauzia voted against closer ties with the EU. They also supported Gagauzia’s right to declare independence, should Moldova lose or surrender its sovereignty.

Urszula Pałłasz, deputy head of the EU delegation to Moldova, stressed that respect for democratic values and the rule of law was the basis of Moldova’s association agreement.

“This is what Moldovans expect and deserve in the first place, regardless of their gender, age and ethnic origin, language or living standards,” Pałłasz said.

Empowering Inclusive Governance in Moldova: Prospects and Challenges for Gagauzia was part of Pilgrim-Demo’s annual international SHIFT platform and supported by IWPR as part of its Giving Voice, Driving Change - from the Borderland to the Steppes project. This is being implemented in Eastern Partnership countries and Central Asia with funding from the Norwegian Ministry of Foreign Affairs.

The conference issued recommendations to the government of Gagauzia, the Moldovan parliament and civil society:

To the government of Gagauzia:

To the Moldovan parliament:

A recording of the conference can be viewed below.

Giving Voice, Driving Change - from the Borderland to the Steppes
Moldova
Rule of Law, Political reform
Connect with us