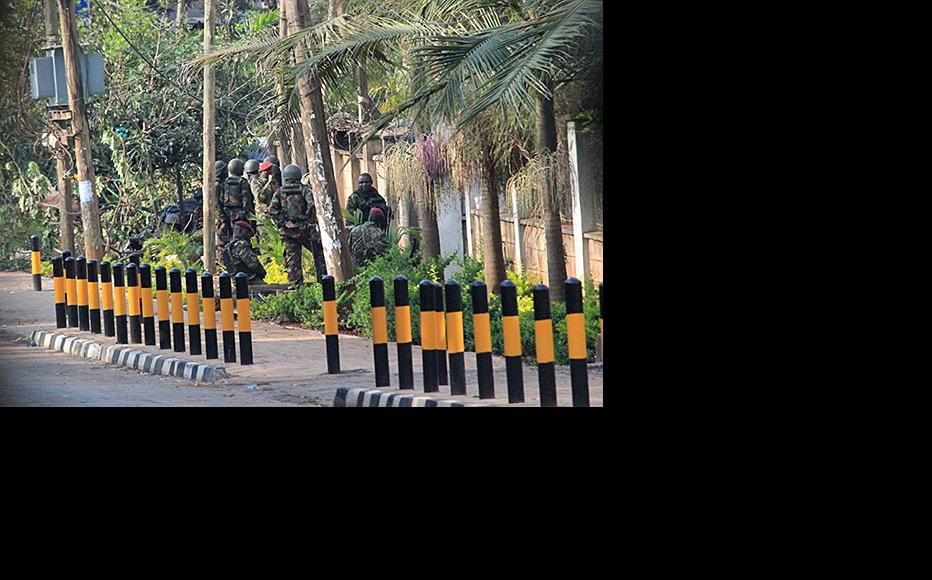 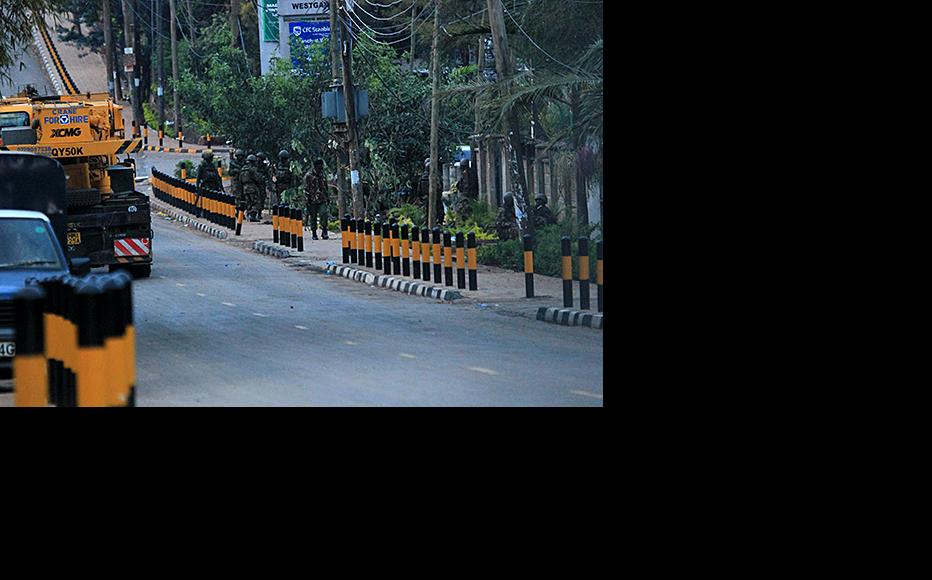 (Photo: Capital FM/Felix Magara)
The link has been copied

As the four-day siege by al-Shabab militants at a Nairobi shopping mall was brought to a close, forensic experts from the United States, United Kingdom, Germany, and Canada have been brought onboard to support the investigation into the attack.

On Wednesday morning, September 25, gunshots could still be heard coming from the four-storey shopping centre as Kenyan security forces continued to secure the area and search for hostages and attackers who remained unaccounted for.

The official civilian death toll stands at 61 with 240 people injured. Six security officers and five of the attackers are also thought to have died.

According to the Kenyan Red Cross, 71 people were still missing on Wednesday morning.

On Wednesday, flags flew at half mast across the country after President Uhuru Kenyatta announced three days of national mourning to remember the victims of the attack.

At lunchtime on September 21, between ten and 15 gunmen from the Somali Islamist group, al-Shabab, entered the Westgate shopping mall firing shots and hurling grenades.

The mall is one of the largest in Nairobi, and is frequented by wealthy Kenyans and members of the expat community.

Kenyan nationals and citizens from various countries including the United States, Britain, France, Canada and Ghana were among the dead.

“The majority of the people who lost their lives to the terrorist attack were innocent, harmless civilians,” Kenyatta said on Tuesday evening as he addressed the nation for the third time since the gunmen took control of the mall.

“They were people of various nationalities, races, ethnic, cultural, religious and other walks of life.”

Over the last two days, hundreds of Kenyans have flocked to hospitals and mortuaries in Nairobi in search of missing loved ones.

It is thought that both gunmen and civilians were trapped inside the building when three floors collapsed after a fire broke out on Monday.

“We believe there must be people who lost their lives as a result [of the roof collapsing], including the enemies,” a senior security official, who spoke on condition of anonymity, in Nairobi said.

But speaking to journalists on Wednesday evening, Interior Minister Joseph Ole Lenku said that he expected that the only bodies that remained to be found were those of attackers and an “insignificant” number of civilians.

Al-Shabab have claimed responsibility for the attack, which they say is in retaliation for Kenyan military operations against their forces in Somalia since October 2011.

The Kenyan authorities have arrested ten people suspected of involvement in the attack, including one British national, the British Foreign Office has confirmed.

But it is not clear whether that number includes any of the attackers who were inside the mall.

Security sources have indicated that they are investigating reports that the attackers might have rented a shop inside the Westgate complex ahead of the attack on September 21.

“We have been told that they could have had an electrical shop in the building,” a senior police officer told IWPR. “There are also reports that they bought out another tenant, even after he demanded [a large sum of] money which they managed to pay.”

Speaking on Wednesday, Interior Minister Lenku confirmed that investigators were looking into reports that the attackers had rented premises in the mall.

“That is a matter we also need to time to investigate; the team is trying to establish all that,” he said.

International experts are helping Kenyan investigators to examine DNA and ballistic material at the mall.

Foreign Minister Amina Mohamed, has said that American and British citizens were among the attackers.

There has been widespread speculation that a British woman, Samantha Lewthwaite, was among the attackers.

Lewthwaite is the widow of one of the bombers who blew up a London bus in one of several attacks in the city on July 7, 2005. She is known to have been in Kenya in recent months and is wanted by the Kenyan authorities in relation to terrorist activity in the country’s Coast region.

Eyewitnesses who were caught up in the attack have reported that a white woman was among the gunmen.

“I saw a woman whose face was partly covered, and she is the one who was telling them to shoot. She was light-skinned,” one victim who survived the attack, told IWPR.

But the Kenyan authorities have yet to confirm any details of the identities of the attackers or those behind the operation.

Lenku said that Lewthwaite’s possible involvement could only be established after further investigations.

"We had earlier indicated that there was no woman, but going forward, we are hearing information from victims and witnesses that there was a woman,” he told journalists on Wednesday. “Please give forensic experts time to determine that.”

"We have an adequate number of young men who are fully committed and we do not employ our sisters in such military operations," it said.

However, aside from Lewthwaite’s possible involvement, the attack appears to have been planned with both local and international involvement.

General Julius Karangi, head of the Kenya Defence Forces, said there was a wide global network behind the attack.

Other security experts in Kenya are concerned about the sheer scale of the mall attack.

Simiyu Werunga, a security consultant who heads the African Centre for Security and Strategic Studies, said there were myriad questions that needed answering.

“Judging from all those reports of who were involved, the British woman, and all those suspects from other nationalities, it means it is terrorism on a higher level,” he told IWPR.

Werunga was particularly concerned at reports that the attackers could have been in Kenya for a significant period of time, and could have gained detailed knowledge of the mall before striking.

“The government needs to do much, much more in investigating the whole thing, and seal all the loopholes to ensure Kenya is safe,” he said. “It leaves a lot to be desired when terrorists walk into a mall and kill people in broad daylight like that.”

Bernard Momanyi is a reporter for ReportingKenya.net and News Editor at Capital FM in Nairobi.