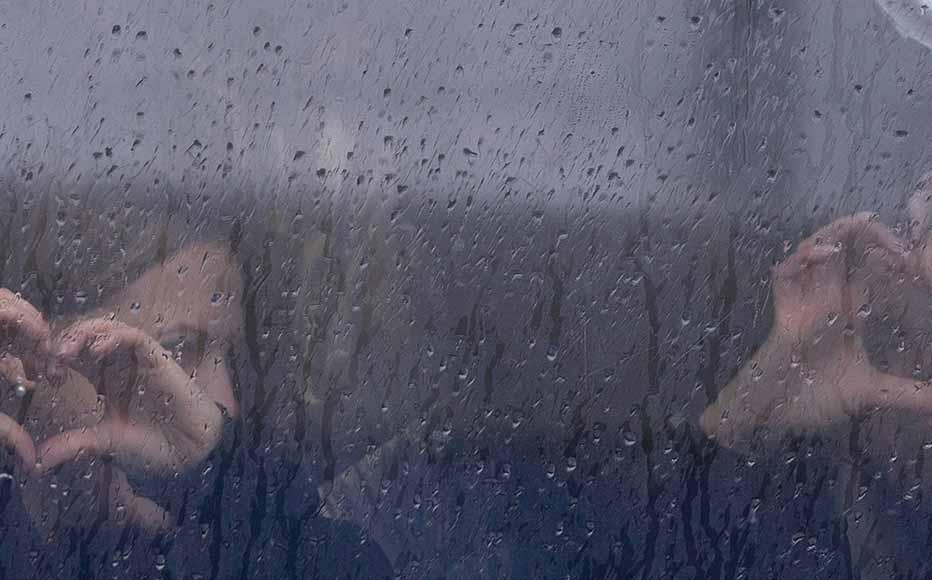 A Ukrainian journalist describes the arduous route from Kyiv to Berlin via Moldova, aided by an army of volunteers and an outpouring of camaraderie.

Millions of people have fled Ukraine since the start of Russian invasion. © Joe Raedle/Getty Images
The link has been copied

The men in camouflage smiled sympathetically and waved when they saw Zhuk, my panicking dachshund, trying to jump out of the window from back seat of the taxi. This was the third checkpoint we had crossed to reach the main railway station in southern Kyiv from my neighbourhood in the north of the capital.

There are 1,352 kilometres between Kyiv and Berlin. On a map it is almost a straight line: Kyiv, Lviv, Warsaw, Berlin. My journey to reach the German capital took almost 2,000 kilometres, as I embarked onto a longer route via Moldova.

It was March 17. I had spent most of the previous three weeks sheltering in my flat, only venturing outside for essential errands like buying food. A few days earlier, a Russian artillery shell hit a house near us. We felt like we were playing a game of Russian roulette just by staying put in our own homes.

Now I found myself staring in disbelief at what Kyiv had become since Russia’s invasion - smashed cars, shelled buildings, destroyed roads. Public transportation had been virtually absent since February 24, so I arranged for someone to pick us up. Looking at black smoke rising in the suburbs as we approached the station, I wonder how we had managed to get there.

"Take care," my unflappable driver and I told each other before parting ways.

At the entrance to the first checkpoint, men in military uniform carefully checked my documents. Teeming with fear and hope, the station was a perfect target for both rockets and saboteurs.

Ukrzaliznytsia, the state railway company, had switched off all the platform lights as a precaution. I needed a torch to get down the stairs onto the track to reach my train to Odesa.

This was one of very few trains with available seats. The route was not a busy one because while Odesa was not under regular shelling, it was not a destination of mass evacuation either. Most Ukrainians were headed westward, packing trains to the brim.

The staff looked exhausted as they had been working virtually non-stop, keeping trains on schedule despite regular shelling from Russian troops and the occasional outburst of fearful hysteria by Ukrainian passengers. Its capacities had also been nearly overrun: for days, they had not been able to provide bedding for the night trains, the stewardess told me.

Nonetheless, we arrived in Odesa on 18 March at about 8am, only an hour-and-half behind schedule.

My friend Kirill, a father-of-four and entrepreneur-turned-volunteer, was waiting for me at the station to take me to the Moldovan border.

In the wake of the war, fleeing Ukrainians could wait up to 18 hours to cross, he told me. I was lucky - only two families were in line before me.

No one asked questions or demanded documents regarding my dog. The entire journey with Zhuk could have been smooth, if only he could keep calm. But he could not.

I had only two doses of the special medicine I needed for him; pet shops and veterinary clinics in Kyiv had been either closed or out of supplies.

“It is of strategic value," the cashier of the only vet clinic still working in my neighbourhood told me as she gave me the precious doses. “Many people will evacuate their dogs as well.”

The jab I gave Zhuk before getting on the taxi would work for 48 hours.

At the border I caught one of the many buses Moldova had organised for the flow of Ukrainian refugees. I was getting closer to a warm bed and a friendly face, but not there yet.

"Heading to complete uncertainty, people were more considerate than nervous."

In Chisinau I took a taxi to yet another bus station where I bought a ticket to Comrat, about 100 kilometres south of the capital. There my friend Elena, a scholar and UN employee, welcomed us to her house. She told me that people in Moldova were scared too: the war is too close, she said.

I learnt only then that the authorities had cancelled flights to and from Chisinau as they feared a possible MH17 scenario. Memories of the 298 victims of the Malaysia Airlines flight 17, which was downed on 17 July 2014 while flying over eastern Ukraine, were still vivid. Evacuation flights were still available, but no schedule had been released. And there were no direct trains running to Germany.

Elena found out that there were German evacuation buses operating from Chisinau. Diana, a volunteer, asked me to send my picture and my personal data so she could put me on a list of evacuees.

The next morning, I returned to Chisinau, but there was no schedule for the bus. I waited at one of the temporary accommodation centres set up in the basement of an apartment block. It filled up quickly. The bus finally arrived in the early evening and it could only take people whose names were on the list, mostly pensioners and women with small children. Some of them had never been abroad. There was a man in a wheelchair. Some elderly women practised how to pronounce and memorise Koblenz, the German town they were heading to.

We left on 20 March at 5pm. Forty hours later the bus entered Nuremberg, its first German stop. I got off.

Along the way, the bus made pit-stops in plain fields for personal necessities. Occasionally, it would stop in gas stations and travellers would help the man on the wheelchair to get off and use the toilet. Some lacked facilities for people with disabilities, something I would have never expected in the EU.

And all this time, the sedatives did not do much to keep Zhuk calm. He kept on yelping and my neighbour’s unsolicited comments were unhelpful.

But no one argued or complained. Shocked by the shelling and chaotic evacuation, and now heading to complete uncertainty, people were more considerate than nervous.

From Nuremberg I took a train to Berlin. Tickets were free for Ukrainian passport holders, but I chose to pay. The price was high but affordable: I had a job as a researcher lined up in Berlin. And there was more to my decision: I just did not want to accept that I was a refugee.

My friend and colleague Zhanna, a Ukrainian who had been living in Germany for 12 years, met me at the station and welcomed us into her house. Finding a flat was not easy - thousands of Ukrainians had arrived in Berlin and rental properties had become a rare commodity. When I eventually found somewhere, I felt privileged.

I entered my new, temporary apartment on March 29, 12 days after I left home.

The day after I had arrived in Berlin, I got a message from Diana, the volunteer in Moldova.

“How are things?” she asked.

“I am fine,” I replied, adding how grateful I was for the enormously important work she was doing.

"Too late," she responded. "I got pneumonia."