“I don’t think a person can change homeland from one day to the next.”

“I don’t think a person can change homeland from one day to the next.” 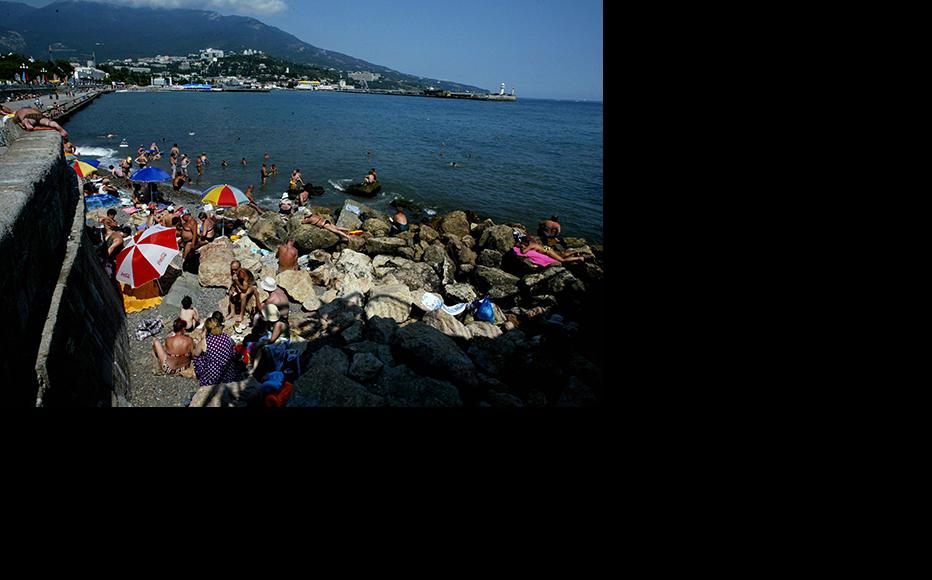 The Crimean resort of Yalta has long been a popular holiday destination. Crimea, 2003. (Photo: Oleg Nikishin/Getty Images)
The link has been copied

Viktoria Svetkova, a 28-year-old mother of two, lives in Yalta where she runs a media company. Here, she discusses how the conflict has affected every aspect of daily life, and made her think about whether she has a future in Crimea.

We are in a surreal situation. In Yalta everything seems normal, children go to kindergarten and school, we go to work, and there are no Russian soldiers. The weather is nice. If you didn’t read the news, you would think everything was great.

But in reality, the conflict is affecting every aspect of daily life. Schools in Crimea no longer follow the Ukrainian curriculum and children are no longer taking the same exams as those in the rest of Ukraine.

The prices of everyday goods have all gone up. Alcohol is 50 per cent more expensive, and food and toiletries are 20 to 30 per cent more.

We have internet access, thankfully, because apart from that we don’t have any independent sources of information. Ukrainian media have no representatives here any more.

Every day has a surprise waiting in store, and the Crimean government only tells us about its decisions as it happens. We don’t know anything about our future.

It has become dangerous to speak the Ukrainian language or display the Ukrainian flag. If you speak Ukrainian in public, a lot of people won’t answer you, or you are singled out and people will want to attack you. My friend told someone he supported Ukraine, and he was followed home by around 20 people who then tried to break in.

I am Ukrainian and I don’t think a person can change homeland from one day to the next. It’s terrible that you can’t speak your own language in your own country.

Maybe people from the Soviet era think differently. They think Russia will provide funds and increase social security payments, but that isn’t true.

In Yalta, a lot of people celebrated the referendum as if it were some kind of holiday giving Russia and Ukraine the opportunity to be together again.

There were a lot of dreams about what would change when Crimea became part of Russia, but in fact it hasn’t been so good for many people. Last week, the first pension payments from Russia came through. The only thing that had changed was that the money was in roubles.

Pensioners are very troubled by this. They thought they would have more money, and now they don’t understand. People who supported Russia so much at the time of the referendum are already disappointed.

But a lot of people didn’t vote, including me, all my friends and family, and the Crimean Tatars, who backed Euromaidan from day one and who take the position that Ukraine is one country.

In contrast, most people in Yalta weren’t very interested in the Euromaidan protests when they started. People based their views on the mainstream Russian and Ukrainian media, and thought it would be all over after two or three weeks once the winter cold set in. They thought that there were no problems, and that Euromaidan was no big deal.

People in Crimea liked [ex-president Viktor] Yanukovich and thought he would carry on as the next president, too. They were scared by the possibility that he might disappear from the political arena. Even now, they don’t understand why he ran away.

It was only in February, when people started being killed, that there was more concern about the situation and interest grew.

Crimea really is a pro-Russia region. We say as a joke that there has been no real change, it’s just a rebranding. There has always been a great deal of Russian influence, investment, lobbying and land ownership.

A lot of people support Russia; but when I ask why, they don’t have a real answer. They say they want to speak Russian, but 80 per cent of Crimeans speak Russian anyway – it’s a normal everyday language.

Even so, Yalta is very multicultural – there are Russians, Ukrainians, Tatars, Georgians, Armenians. I have lots of friends of different nationalities and it has never been an issue for us.

Now we have been told that we either need to get Russian passports or leave. I have two children and I have lived here for ten years. But now I am supposed to leave, or justify why I want to stay in Crimea. I have only a Ukrainian passport, and now I must choose between one and the other.

We will stay in Yalta for the next few months and see what happens before considering our next move – whether to sell our property or stay. I want to stay here, where I have my home and my business. I can’t go and leave it all behind.