As the Taylor trial gets under way, the court that indicted him builds up the Sierra Leone judiciary as it prepares to wind down. 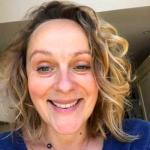 As the Taylor trial gets under way, the court that indicted him builds up the Sierra Leone judiciary as it prepares to wind down.

The trial of former Liberian president Charles Taylor got under way in a flurry of high drama last week when the accused refused to attend court in The Hague, thousands of miles away from Sierra Leone and Liberia, the countries affected by crimes he is accused of supporting.

Journalists from around the world attended Taylor's Special Court for Sierra Leone, SCSL, trial, hosted by the International Criminal Court, ICC, on June 4, to see how proceedings would roll out, far from the SCSL’s home in Freetown.

The SCSL is different from other courts backed by the United Nations, like the International Criminal Tribunals for Rwanda and the former Yugoslavia (ICTR and ICTY), which are located in Tanzania and The Hague respectively, because it is based in Sierra Leone.

It was established as an independent tribunal through an agreement between the UN and the Sierra Leone government, and it is the only international tribunal to sit in the country where the crimes it is trying took place, in an effort to make the justice it delivers real and tangible to the victims.

The court is a transitional justice mechanism with a primary mandate to prosecute war crimes, but it also seeks to build up the rule of law and support judicial institutions, which have been ground down by years of conflict.

Like the SCSL, the ICTs are winding down in the next few years after over a decade of activity, but concerns persist over the capacity of Rwandan and Balkans judiciaries to try the accused that international courts could not prosecute, due to time and resource limitations.

Despite successful prosecutions at war crimes chambers in Sarajevo and Belgrade, there are worries about bias and corruption, so to prevent this in Sierra Leone, Anthony Trioli, head of the SCSL’s legacy programme, is working with the country’s Bar Association to train defence and prosecution lawyers and judges.

Herman von Hebel, the acting registrar for the SCSL, told IWPR that the court staff want to develop the Sierra Leone judiciary and train legal professionals and even police officers, and work with other agencies on justice sector reform.

The court has already developed a young professionals internship programme for Sierra Leoneans interested in pursuing careers in the judiciary, and is working on a witness and victim protection and support system with the Sierra Leone police.

Trioli is also keen for Sierra Leone to get the best use out of the SCSL’s purpose-built courthouse in Freetown - which will be handed over to the government after 2009. He and the authorities are discussing possible uses, such as a regional court or a legal training centre.

Before the war, Sierra Leone had a well developed justice system, and SCSL chief prosecutor Stephen Rapp told IWPR that one of his personal causes, "slightly outside of my bailiwick", is to work on capacity building for the national justice system.

He wants the facilities and resources set up by the SCSL to be used after the court winds down in 2009, but admits “this is a challenge” because the cost of maintaining the building is “beyond the government of Sierra Leone”.

Rapp is calling for an international foundation to take control of the facility and make it available for local or regional hearings or training sessions.

In addition, he has talked to government officials to ensure that suspects the SCSL does not have the time or resources to prosecute are finally dealt with in national courts, and that the national system can deal with such cases.

He sees it as a high priority to “give national courts our evidence, and work with them in developing cases to the extent they can at national level".

But the court’s attempts to deliver justice and strengthen the local judiciary may be undermined by the transfer of the SCSL’s most high-profile accused for trial at the ICC in The Hague.

Charles Taylor, the elected president of Liberia for six years from 1997, was indicted by the SCSL in 2003 for 11 counts of war crimes and crimes against humanity, including murder, rape and conscripting child soldiers to fight. He fled to Calabar in Nigeria for exile in 2003.

The Nigerian government handed him over to the SCSL in March 2006, but he was transferred to The Hague three months later because it was felt by senior court staff that a trial in Freetown could spark violence.

This decision was supported by the Security Council, which said Taylor’s trial cannot be conducted anywhere in the region “due to the security implications”.

But to have a lasting impact on justice in Sierra Leone, the case needs to be taken back to Africa, says lawyer Karim Khan, who represented Taylor until the opening day of the trial on June 4 when he was fired by his client who chose to represent himself, in a protest against what he sees as the inadequate time and facilities his defence had been given.

According to Khan, "there are no verifiable security concerns over a Freetown trial”, and stressed that the SCSL is “very well organised and a credit to the country", while a Hague venue for the trial is "simply not working".

Khan told IWPR that on the opening day of the Taylor case, he had phone calls from people in Freetown who were trying to watch the proceedings on television, but "could not see the picture or hear sound clearly".

So, he said, the people who have suffered cannot follow the trial and have to rely on “edited highlights on television.

Nonetheless, said Khan, Taylor's trial has the potential to have a huge beneficial impact on Sierra Leone’s justice system and the whole of society by establishing the pre-eminence of the rule of law.

Rapp told IWPR he is keen to ensure that as the case unfolds in mainland Europe, everyone in Sierra Leone, Liberia and the region is aware of what occurs in the courtroom, including key players in the nation's justice system.

He has pledged to support the local justice system once SCSL trials wind down in 2009, and plans to hand over evidence, files and witness contacts to investigators and prosecutors in Sierra Leone.

After its abortive June 4 opening in The Hague, Taylor’s trial is supposed to resume on June 25.

But with Khan now out of the picture after Taylor’s defiant no-show and insistence that he will represent himself until a defence team is afforded proper time, facilities and resources to be able to do their jobs, it is unclear who will be sitting opposite Rapp in the defence bench to put Taylor’s case on June 25.

Katy Glassborow is an IWPR reporter in The Hague.