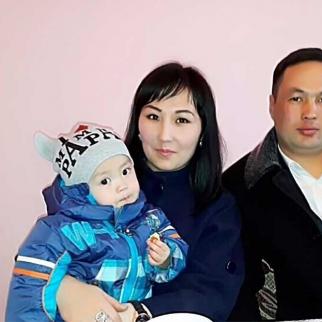 Nazik Akparova, the youngest deputy of the village council of Saruu in the Issyk Kul region of Kyrgyzstan with her son and husband. © N. Akparova 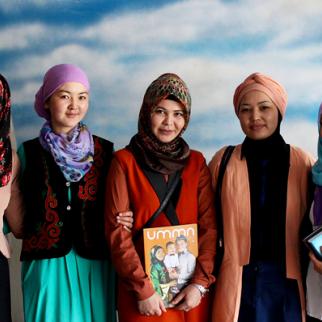 Women may wear hijab, but they refuse to be pigeonholed. 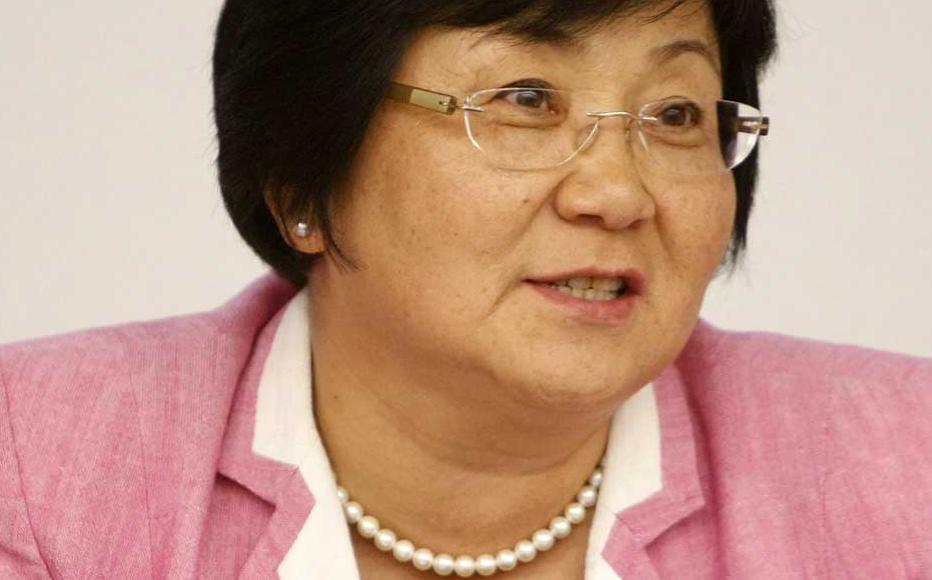 In 2010, the election of Roza Otunbayeva as president of Kyrgyzstan gave great hope to women that their potential in the Kyrgyz Republic was unlimited. Unfortunately, this did not happen. © UNDP/Flickr
The link has been copied

In practice, this has not translated into anything close to a truly equitable society. The fact that there has been change is undeniable. For instance, there were no women in parliament until the 2007 elections. That year proved historically important, with 24 women elected to the legislative body, accounting for more than a quarter of the total number of deputies. This was made possible by activists who in 2005 lobbied for the introduction of quotas for female representation.

The glass ceiling seemed to have cracked. The events of following years reinforced this feeling. In particular, following the popular uprising in 2010, a woman - Roza Otunbayeva - became president. Until that time, no one could have imagined that this was possible. This precedent gave great hope to women that their potential in the Kyrgyz Republic was unlimited.

Unfortunately, this did not happen. Today, although they make up nearly 17 per cent of the total number of deputies, women have a diminished presence in decision-making roles. Where they reach a higher political level, it is usually in positions relating to social affairs, where men tend to show less interest. It is hard to imagine that a woman could become minister of internal affairs or defence in the foreseeable future.

But these hard-won successes do not show the full picture.

Women make up only 38.4 per cent of the work force, with the majority involved in the informal economy. Their opportunities are largely in the fields of service, sales, healthcare and hospitality. Many are self-employed; often, they lack access to social benefits guaranteed by the state, such as medical treatment, annual leave, benefits and pensions.

This has wider social consequences too. Women are often forced to accept or stay in an undesirable marriage - or, even worse, to accept the humiliating position of a second wife – because they are not able to independently support their family or obtain reliable alimony payments.

Degrading traditions persist, perhaps most notoriously that of bride kidnapping. While sometimes this is carried out as a symbolic nod to historic ritual, agreed by all parties in advance, such forced marriages are often a very real danger for young girls living in the regions.

Although bride kidnapping is banned, the legislation, like many others, simply does not work. In 2019, for instance, only one man was convicted for violating this law. Society and law enforcement agencies alike do not perceive the kidnapping of a young woman to be a crime. For them, it is simply a tradition that goes back to the distant past.

These attitudes also mean that gender violence and sexual abuse is under-reported and often goes unprosecuted. Out of 6,145 alleged instances of domestic violence between 2015 and 2019, only 649 criminal cases were initiated. Just 200 men were eventually convicted.

Meanwhile, more women have been forced to seek help from crisis centres. The number of domestic violence survivors who applied to shelters in 2019 was 5,839, a rise of more than a quarter from the previous year.

And the social burden on women constantly grows, as they shoulder the traditional responsibilities of raising children and running a household alongside their financial considerations. The pandemic has thrown that into starker focus than ever.

The main drivers for change since Kyrgyz independence have undoubtedly been NGOs and women's groups. Their programmes aim to support women using tools such as targeted financing and training, as well as the provision of crisis centres and social support.

But the problem is that their initiatives are temporary and do not have a sustainable effect.
It is the state that needs to be responsible for the long-term implementation of such projects. After all, uniting society is an essential condition for success in the fight against discrimination.

Unfortunately, the previous leadership of the country (it is too early to talk about the current one) appeared disinterested in such efforts. What’s worse, it has often seen such activism as a threat. The authorities try to manipulate public opinion, with peaceful actions in defence of women's interests often presented as a threat to traditional family structures and as lobbying for Western values.

Across Central Asia, women face a similar dichotomy. Alongside the growth of women's access to education and increased participation in the labour market, the influence of conservative cultural norms and damaging stereotypes remains high.

In some aspects, the situation in Kyrgyzstan is far better. Women can achieve considerable success, but often at a high price. Long-term change cannot be possible without strengthening the role of women in socio-political life. Civil society has the will; the international community should support them in driving real and sustainable change.

Kyrgyzstan
Women's rights
Connect with us