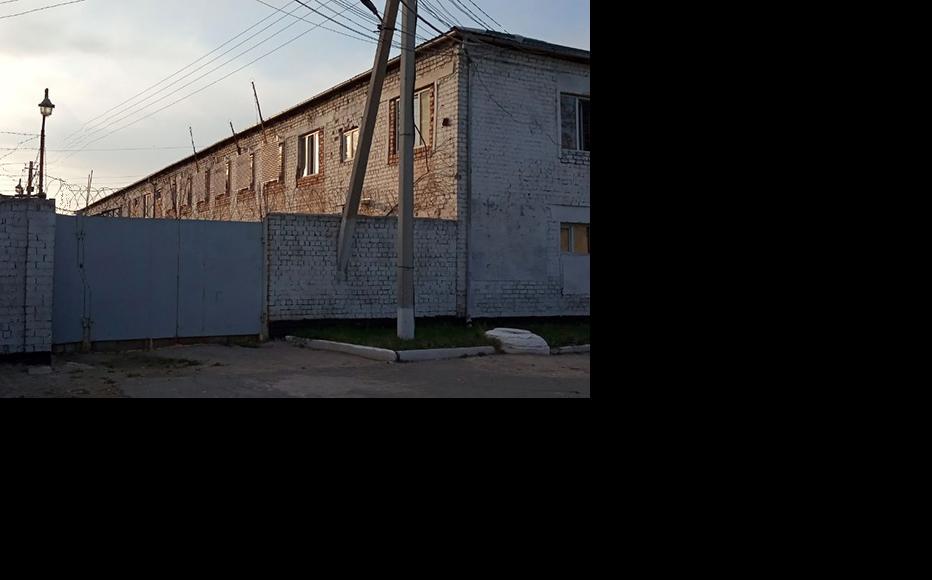 Penal colony #27 in Moldovanovka village, not far from Bishkek. (Photo: Bolot Isaev/IWPR)
The link has been copied

Azamat (not his real name) has spent the last three-and-a-half years in a maximum security penal colony after being convicted of travelling to Syria to fight with the Islamic State (IS) group.

The 28-year-old was wounded shortly after he arrived in a training camp in Syria in 2014, then arrested in a Turkish hospital where he had gone to seek treatment. Although he had never had the chance to engage in any fighting, he spent ten months in a local prison before being extradited to Kyrgyzstan and sentenced to a five-year term.

Azamat has spent his time at penal colony No 27 in the village of Moldovanovka, Chui region learning to make leather souvenirs. He hopes to earn a living from this trade when he is released next year. He said that he wanted to get married and lead a normal life.

“I happened to be in Syria due to my lack of religious knowledge,” said Azamat, originally from the village of Vorontsovka near Bishkek. “I was working on a building site with a guy who convinced me to fight for my faith as a Muslim… He bought me an airline ticket to Turkey and gave me 300 dollars.”

An imam Azamat knew from Bishkek learned he was in prison and began visiting him, explaining what Islam was truly about and bringing him books to read. This changed his views completely.

“I used to consider myself to be a member of IS. Thanks to the imam, I figured it out,” Azamat said.

According to the State Service for the Execution of Sentences (GSIN), the number of prisoners convicted of extremism-related crimes has tripled in the last five years to around 600, more than half of whom are serving life sentences.

But the authorities have yet to format a dedicated programme to deradicalise such inmates. Some experts argue that it is essential to recruit religious institutions into this progress, while others argue that a more nuanced approach is needed as the state has failed to distinguish between violent extremists and religious conservatives who pose no threat.

Since 2003, representatives of the Spiritual Directorate of the Muslims of Kyrgyzstan (DUMK) visit prisons once or twice monthly to lecture on the peaceful nature of Islam, in a scheme coordinated with GSIN, the ministry of interior affairs and the State National Security Committee (GKNB).

“We used to meet extremists before, when they were all together, but for two years we now don’t see them in colony No 27 and in Belovodskoe, as the administration doesn’t allow us. They are placed in separate buildings,” said DUMK prison visitor Estebes Azhykulov.

A lecturer at the Islamic University for 17 years, he has been visiting prisons for nearly two decades and said that he had witnessed many success stories.

“Only one or two people in 100 refuse strongly to change their religious views. I know many people who were released from prison and started new lives. And none of them became an extremist again,” Azhykulov said.

Not all experts agree with this assessment. Theologian Kadyr Malikov argued that ex-inmates have a high chance of returning to extremist activity again if left socially isolated with no systematic work done to reintegrate them back into society.

“The rehabilitation of such inmates should not stop at [prison] facilities,” he continued. “It’s very important to support them after release. Otherwise, after the rehabilitation programme in prison, they will be released, won’t be able to find a place in society and will again join their fellow believers. For example, in neighbouring Kazakstan, only 20 per cent of the total number reject their former views after talks with a theologian,” Malikov said.

He believes that prison visits have almost no effect on the deradicalisation of this particular group. Inmates convicted of religious extremism see the muftiate as representatives of the ruling political force and even betrayers of their religion and distrust them.

However, Bilal azhy Saipiev, who heads a group of 18 DUMK-delegated prison visitor imams, said that every meeting with inmates had some impact.

“There is no coercion in religion. We have a law on the religious freedom, and only God knows who believes in what. It’s very difficult and a delicate thing to change religion. We only speak, and no one knows whether they share our opinion or not. We cannot coerce them, we only try to discredit their previous beliefs and to launch their own thinking process,” Saipiev said.

Theologian Indira Aslanova emphasised that it was a mistake to apply the same approach to all those jailed for religious extremism.

For instance, members of Hizb ut-Tahrir, a Salafist group banned in Kyrgyzstan, believe in achieving the idea of a caliphate based on peaceful means.

“But terrorists in their thinking allow violence to achieve their goals,” she said. “They divide people into those who have a right to live, and those who don’t. This is quite a different ideology. They call the members of extremist groups philosophers and chatterboxes and don’t take them seriously. We need to classify and categorise them. For example, Hizb ut-Tahrir and Yakin Inkar [another group banned in Kyrgyzstan] differ strongly, although they are both regarded as extremist,” Aslanova said.

Other inmates appear to have a particularly tenuous link to extremism. Artur (not his real name), a 30-year-old man from Jalalabad, was convicted of sponsoring IS militants at the end of 2015.

According to him, he sent money to his younger brother who was studying in Egypt. He only learned after his arrest that his brother had gone to Syria to fight.

“They arrested me at the Osh airport when I came back home from Turkey, where I was working for a few months,” he continued. “They said I was a militant but I had evidence that I was working and didn’t go to Syria. They could not prove it but still charged me with helping the terrorists. How could I know that my younger brother would pick up such ideas? I was just helping him to get an education. And I was convicted of aiding terrorism and sentenced to ten years in prison,” Artur said.

Inmates convicted of religious extremism and terrorism can have visitors stay with them in prison facilities for three-day visits up to five times a year. They are also eligible for ten four-hour visits and eight phone calls of 15 minutes every year.

The inmates may take a two-hour daily walk in the prison yard, usually barely bigger than their cells, and are housed in special cell blocks separate from other inmates.

The decision to isolate them in this way was taken after a violent attempted escape by nine men charged with of religious extremism and terrorism who murdered four guards in the pre-trial detention facility No. 50 in 2015 in Nizhniy Nooruz village, not far from Bishkek.

This category of inmate is now placed only in four facilities in Chui region.

GSIN officers argue that they have been isolated for their own safety, not only to prevent the dissemination of extremism ideas, so as to prevent tensions with inmates convicted of other criminal offences.

To increase the level of religious knowledge, two full-time theologians joined GSIN at the beginning of this year.

Experts had long recommended that GSIN should recruit such specialists in order to better understand those convicted of extremism and terrorism.

Aslanova noted that direct content with inmates should be facilitated by experts outside the system, otherwise they will automatically be viewed as enemies.

“We need well-trained theologians,” she continued. “In addition to knowledge of religious issues - this is a very large field- a specialist should understand and know the history and ideology of extremist groups – how they emerged, from whom and why. They must understand the psychology of the inmates, how to communicate with them, know security issues, after all, it’s a closed facility,” the theologian said.

She and Malikov agreed that there were as yet no experts that fit this criteria in Kyrgyzstan, and no strategy as to how to recruit and train them.

Malikov suggested that the DUMK should be more active at every level, starting with mosques across the country.

“That would be good,” he continued. “[For instance] a local police officer warns the imam and the imam is already waiting for this man. He can work with him and support him... But are the imams ready for this? They must have higher education, understand secular issues, know the psychology of communication and, of course, have a good salary. But now they have no salary. They are paid some money collected from the Hajj [pilgrimage] and not on a regular basis. Who will work on such conditions?”

Saipiev, the imam, said that religious figures would be ready to work more closely with the government agencies, but had not been approached.

In spring the ombudsman’s office introduced a draft law for public discussion that contained a number of amendments to the criminal code, including that some offences committed without intent be decriminalised and become administrative offences liable for a fine. Only repeated offences would be criminalised.

This would apply to people who unknowingly “liked” or shared an extremist post on social media, took a banned book to read, or innocently lent money to someone who later went to a combat zone.

The draft law is planned for submission to parliament sometimes before April 1, 2020.