The region’s most progressive democracy is failing to impress ordinary people.

The region’s most progressive democracy is failing to impress ordinary people. 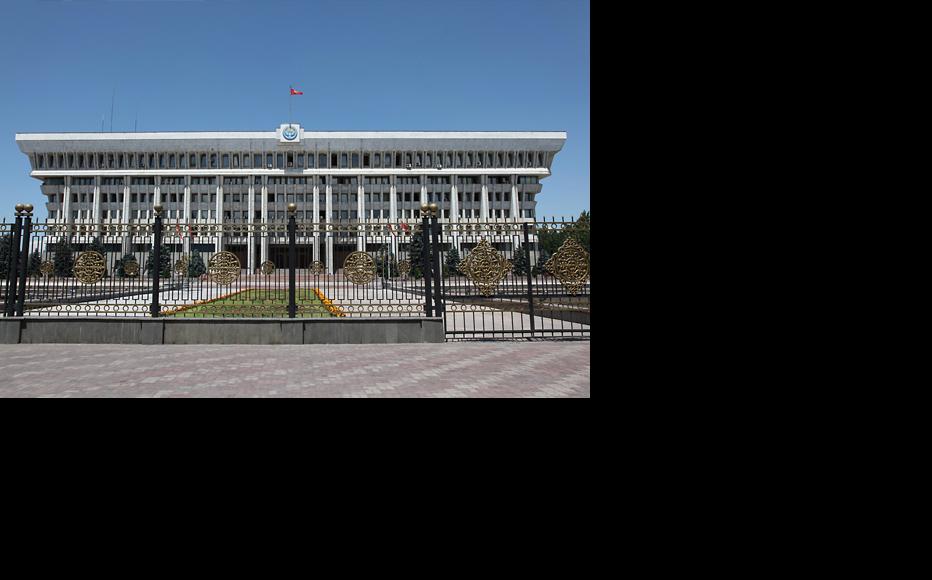 Kyrgyz Parliament building in Bishkek.
The link has been copied

Kyrgyz experts are reporting rising public disillusionment with politics after the country’s prime minister resigned after just 11 months in office – the average term served by all premiers since independence.

Revolutions in 2005 and 2010, the latter followed by massive constitutional changes in 2010, have made Kyrgyzstan Central Asia’s most progressive democracy.

Nonetheless, analysts say that ordinary people feel that they are yet to feel the dividends of this process.

“Each prime minister doesn’t even get the chance to grasp his work, before another one comes to replace him,” Ainura Arzymatova, a historian at Kyrgyz National University, told IWPR.

The incumbent - Sooronbay Jeenbekov, a former governor of the Osh region – was the 27th to hold this post in the last 25 years.

He took office on April 13, two days after his predecessor Temir Sariev stood down over corruption allegations related to the issuing of tenders for a northeastern Kyrgyzstan highway.

“Kyrgyzstan recently entered the Eurasian Economic Union [with Russia], there are loads of issues to be solved there,” Arzymatova continued. “It’s the prime minister’s direct responsibility to deal with this. The first and foremost task is to lobby for the economic interests of the country. But that doesn’t seem to happen.

“We most often see the PM opening new schools and reporting on the winter heating season. That means that prime minister’s work is not assessed by its strategic capacity but rather by whether we’ve survived winter or not. We [as an electorate] make only minimal demands,” she concluded.

Two presidents – Askar Akaev and Kurmanbek Bakiev –were toppled by mass protests in 2005 and 2010 respectively. This stands in stark contrast to other Central Asian states where one party and one leader continue in power for decades.

The constitutional changes in 2010 granted more authority to parliament and were followed by elections widely accepted by international observers as largely free and fair.

Following the 2010 changes, the prime minister is now nominated by the ruling coalition. He or she then puts forward an action plan for his term in office as well as cabinet of ministers for parliament’s approval.

Bishkek-based political analyst Igor Shestakov noted the contrast to the times when Kyrgyzstan was “a mere presidential republic”.

“During Akaev’s and Bakiev’s rule, the prime minister had to fully satisfy the ruling clan heads,” Shestakov explained.

A further problem remained, however, as parties could assign the post as a political manoeuvre rather than nominating the candidate best suited to the job.

That had been the case with Sariev, an independent, Shestakov said, describing him as a compromise candidate with little support in parliament.

“He should have realised that he can’t influence politics without being from a [coalition] party,” he concluded.

It appears that the public has not been impressed by such political maneuverings.

The International Republican Institute (IRI), a US-based organisation promoting democracy and the SIAR Research and Consulting survey group has collected data on public attitudes to politics across Kyrgyzstan.

One survey carried out in July 2015 survey revealed that 64 per cent of people said that they had little interest in politics, up from 53 per cent in September 2011.

It also showed that while the number of people who thought their economic situation was improving had nearly doubled – from 21 per cent in 2005 to 39 per cent in 2015 - there had been no comparable change in how they saw the country’s democracy.

In 2005, the year of the first revolution, 52 per cent of respondents were satisfied or somewhat satisfied with how democracy was developing in Kyrgyzstan. In 2015, the number was 48 per cent.

IRI Eurasia consultant Rasa Alisauskiene gave a lecture in Bishkek in March in which she described a national sense of political apathy.

“According to surveys, Kyrgyzstanis connect their material status and social well-being with an exact political party or government less than any other people from the Commonwealth of Independent States. [The Kyrgyz] are more entrepreneurial, independent and there are more self-employed people here,” Alisauskiene said.

WHEN THE OPPOSITION TAKES POWER

Public protest, including mass rallies and the blocking of major highways, was previously a key characteristic of Kyrgyz political life but seems to be waning.

In 2013, according to figures from the Kyrgyz ombudsman, the country saw 519 political protests and 692 related to socio-economic concerns.

These included protests in which the road leading to Kyrgyzstan’s Kumtor gold mine was blocked and another in which the highway connecting the country’s two largest cities, Bishkek and Osh, was also closed by protestors.

The following year, however, this figure had fallen dramatically to 230 political protests and 236 connected to social-economic issues.

A handful of protests only attracted several hundred people in the Jalalabad and Talas regions this March, organised by opposition politicians including the former prosecutor general Azimbek Beknazarov and Ata Jurt leader Kamchybek Tashiev.

These were held to highlight issues including corruption and economic stagnation though they fell short of any demands for significant political change.

This is in sharp contrast to the activism that immediately followed the revolution of 2005.

Then, the Kyrgyz opposition was capable of mobilising thousands of people from all over the country to spend days protesting in Bishkek’s central square.

Such mass mobilisations helped lead to Bakiev’s overthrow in 2010, and many of the former opposition frontmen behind those protests are now in power, including current president Almazbek Atambaev.

His Social Democratic Party has consolidated its power over the past five years. In the 2010 elections, it came second with 14 per cent of votes and won 26 seats, joining the coalition government.

In the most recent elections last October it increased its vote share to 27 per cent and a total of 38 seats and formed the government.

In 2010, the newly-formed Ata Jurt campaigned as an opposition force and won the elections. Although it had a decent showing in the 2015 elections, the party returned to opposition.

Shestakov said the party had lost respect due to the deals Ata Jurt had made in government with bitter political rivals.

“The Kyrgyz opposition are people who lost their power privileges. One day someone is a government official and the next he or she has lost all power and runs to block the roads with a log of wood,” he said.

Ordinary people are now trying to figure out just what they have gained from political struggle, analyst Aida Alymbaeva told IWPR.

“People live in their own little worlds, where they feel neither the role nor the support of the state,” Alymbaeva said.

“Their past experience has proved to citizens that even if different people come to power, they will still be corrupt and inefficient,” Alymbaeva continued.

“The public’s main concern is the lack of fresh blood among the political elite,” added political analyst Marat Kazakpaev.

This sense of stagnation is as true of the opposition as of the leadership, explained Arzymatova, the historian.

“There are about 50 people who have circulating on the political scene for ages. During this time the public has become morally and emotionally tired of the whole thing,” she continued. “And one can’t call these politicians ‘an elite’ since this term implies some sort of dignity… most of these politicians sooner or later are found to be involved in scandals or corruption,” she concluded.

“A new wave of businessmen in their thirties have proved they are capable of setting up enterprises, they’ve got money and they can create competitive products. As a result of migration, many of them had to fulfil their potential abroad, where they eventually set up successful businesses.

“However, some of them are willing to work for their native country, and the state is in great need of this generation of entrepreneurs,” Shestakov said.

If some joined political parties and ran for parliamentary seats, particularly in the regions, this might transform the legislative landscape, he continued.

The time for revolution was over, Alymbaeva concluded.

“Revolutionary protests are no longer the best method… because of how the global [economic] situation has changed,” she said. “The economy is more fragile and the consequences may be worse than in 2010.”

This article was produced under two IWPR projects, Investigative Journalism to Promote Democratic Reform, funded by the European Union; and Strengthening Capacities, Bridging Divides in Central Asia, funded by the Foreign Ministry of Norway.

Kyrgyzstan
Democracy
Connect with us