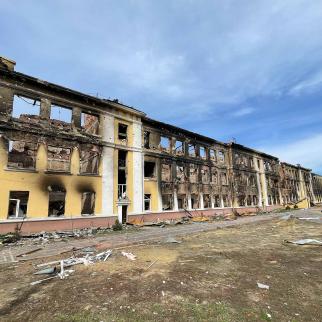 The skeleton of Kharkiv’s school #134, which was destroyed in the first days of the war. © Maria Avdeeva

Two Months Under Siege in Kharkiv

Ukraine’s second largest city is critical for control of the country’s east, but resistance is holding up. 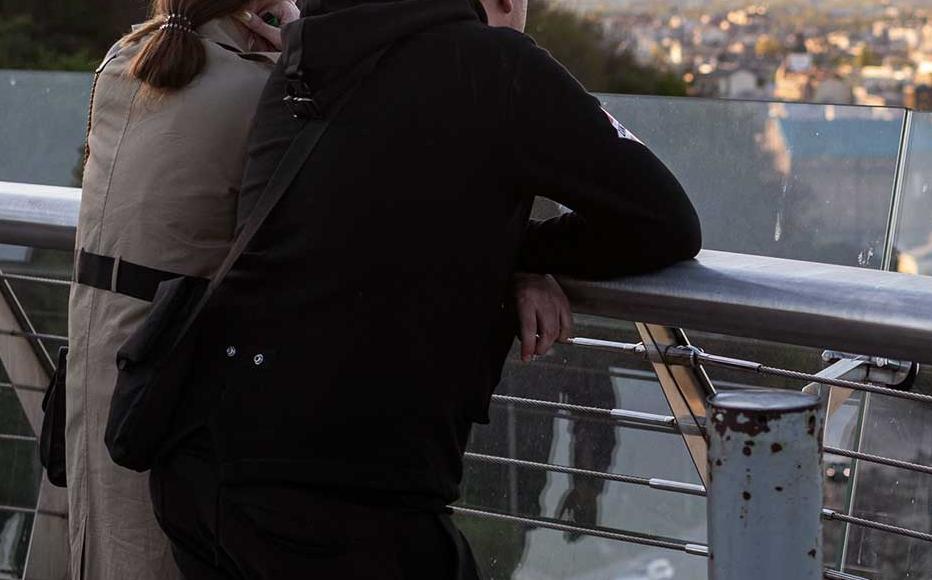 Following Russia's retreat from areas around the Ukrainian capital, signs of normal life have returned to Kyiv, with residents taking advantage of shortened curfew hours, businesses reopening, and foreign countries promising to return their diplomats. © Alexey Furman/Getty Images
The link has been copied

Tens of thousands of Kyiv residents continue to return to the capital, defying official warnings that the city remains at high risk of attack.

Restaurants and cafes are welcoming visitors again, supermarkets have restocked their shelves, while hairdressers, markets and even cinemas are reopening during the day. In a key sign of international support, numerous embassies have also returned to the capital.

"We cannot give any comments considering the safety situation in the city because the war is still going on. We also cannot recommend returning," said a spokesman for the Kyiv police.

One threat is the danger of unexploded ordinance and booby traps. Oleksandr Denysiuk, head of the explosives service department of Kyiv police head office, warned people to pay close attention to objects that could be used to disguise explosives.

"The occupiers leave tripwire mines in homes. Therefore, we emphasise that you should be especially careful if you come to the house after a long absence," he said.

Nonetheless, the flood of returnees has continued, with long queues of traffic at the entrance to the city that the military administration warned were hindering the delivery of humanitarian aid and emergency services.

For many, the pull of home was just too strong. Maryna Tomash, 37, returned to Kyiv after a spell in the comparatively safer west of the country.

Tomash, who runs a tax management firm, said that she only left Kyiv on April 2 because her sister was about to give birth. With her sister's family, three dogs and a cat, she left for western Ukraine.

"I wouldn't call it a pleasant experience,” Tomash said. “We couldn't find proper accommodation because people refused to accommodate animals. Eventually, we found a house in a village. But the owner started raising prices, and they spiked more than 30 per cent. Western Ukraine seems beautiful, but home is home. I couldn't bear being in another city for long."

Life was carrying on, she noted, although services shut much earlier than they used to before the invasion.

"Food and other products are available, but shops close at 5-6 pm,” said Maryna Tomash, 37. “Some restaurants and cafes work until 8-9 pm. You need to rush to buy everything needed in the first half of the day."

NOT QUITE NORMAL SERVICE

"The fact that you see security checks, fewer lights in the city centre and serious security in the government district shows the real state of things," said Kateryna Melnyk, communications coordinator at the Estonian embassy in Kyiv, explaining that the team had not suspended its work entirely following the invasion.

"Part of the embassy's team worked remotely, but the Estonian military attaché and his deputy remained and still remain in Kyiv. They update information about the security situation," Melnyk continued. "Now we do not provide consular services since the consul is in Tallinn. We provide our support remotely as much as we can. But one can't physically go to the embassy and get the service."

The Estonian ambassador, Kaimo Kuusk, had visited Kyiv to accompany his country’s officials, although he has not resumed work in the embassy yet.

"If diplomatic missions work in any possible way, it adds some points to the safety situation, and people feel less lonely," Melnyk continued, arguing that diplomatic missions had a role to play in the psychological dimension of war in sending a signal that normal life was continuing.

Such normalisation is key to Nataliya Lysa, 42, who leads the law department in an international company, and said that she had brought her family back to Kyiv simply because they missed it.

"We never felt so good as during the first days at home. In the outburst of war, through tears and suffering, we realised that we were and are incredibly happy; we love our life, our country and this city," she told IWPR.

Like most other residents, Lysa’s family have had to adapt their daily lives to the pressures of war. They have a mattress ready in the corridor to retreat to in case of air strikes, but at the same time are trying to live a normal life, cooking traditional dishes such as varenyky and borscht.

"This is the first time in my life I baked Easter cakes myself," Lysa said.

Lysa and her family continue to walk around their favourite locations in Kyiv. She said that she had been particularly moved by a trip to photograph the Princess Olha monument, on the central Mikhailovska square, which commemorates the legendary queen who avenged her husband’s death at the hands of the rebellious Derevlian tribe.

“It is covered in sand bags painted blue and yellow,” Lysa continued. “And I thought: I feel like this monument myself. We're in the heart of danger, it's dangerous everywhere, but we're at home, we're with our friends, we're taken care of, we're protected as much as possible.