Region is struggling to address numerous social and health crisis, and goading rebel group into retaliation could be disastrous. 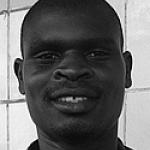 Region is struggling to address numerous social and health crisis, and goading rebel group into retaliation could be disastrous.

The people of northern Uganda generally, and my own Lango ethnic tribal group in particular, would be very happy if Joseph Kony were relegated to history.

However, we must not lose sight of the fact that for the last six years – in which Kony’s rebel force, the Lord’s Resistance Army, LRA, has not been present in northern Uganda – we have seen signs of recovery in the region. Following two decades of insurgency, people have begun returning to their homes.

To be honest, the Kony story no longer grabs the headlines here.

The LRA and Kony were thrust into the public eye when week after a 30-minute video by San Diego-based advocacy group Invisible Children went viral on the internet. The Kony 2012 video, in which filmmaker Jason Russell attempts to explain Kony's actions to his four-year-old son, has been viewed over 80 million times since it appeared March 5.

Invisible Children calls on people to lobby United States lawmakers to maintain military advisers for the Ugandan military, and to wear bracelets to publicise Kony's name and ensure he is captured by the end of the year.

I am dismayed that it is only now that the world has shown an interest in Kony – and at the expense of the real issues affecting survivors of the conflict in northern Uganda. To my mind, this campaign reflects the self-interest of a western-based advocacy group.

Someone woke up one morning and said they wanted to make Kony famous so that he could be apprehended and flown to The Hague to face trial.

I should have thought Kony would have become famous when he killed dozens of innocent civilians in Burcoro, Gulu district, in 1987, or after the Atiak massacre in April 1995. Wasn’t it enough to make him famous when the LRA invaded Teso in eastern Uganda in June 2003 and abducted hundreds of people, or when hundreds more were murdered in Barlonyo, Lira district, in February 2004?

Our experience in the 20 years of intense war was when these disastrous attacks happened, our government was incapable of protecting the lives and property of ordinary Ugandans. That has long been the problem in northern Uganda. When the government launched Operation Iron Fist to pursue Kony into southern Sudan in 2002, it did not have any mechanisms for protecting its own people. The LRA subsequently returned to northern Uganda to kill us once again on a scale not seen for years.

It’s true that justice should prevail, but we should not forget that justice delayed is justice denied. And there is no doubt that it has been delayed. For one thing, the older generation who could have shown us the right way to live our lives are still stranded at former camps for the internally displaced.

If there is anybody longing for justice for the atrocities committed against northern Ugandans, it is me. I lost two brothers who were abducted in LRA attacks in 1998. I would also want to see justice done for the dozens of other relatives killed during the war.

But is an anti-Kony media campaign really what we need right now?

As attention focuses on problems that people in the north no longer consider relevant, the issues that affect us now, such as disease and displacement, are being ignored. We don’t see anything about them in the foreign media.

The biggest and most immediate issues are about how to stop our children dying of malaria, HIV/AIDS-related infections, and other manageable diseases.

For example, children in northern Uganda are currently falling victim to a mysterious illness known as “nodding disease”.

The first cases were reported in Pader, Kitgum and Lamwo districts in 2008, but little was done to prevent the disease escalating, and today northern Uganda faces with a full-scale epidemic, with 3,000 reported cases.

There are deep concerns that the government is not responding adequately to the crisis, while our children are falling prey to this progressive, usually fatal disease.

Treatment centres for nodding syndrome opened in Pader, Kitgum and Lamwo districts on March 12, but concerns are already growing over inadequate staffing, drug shortages and a lack of transport to bring patients in for treatment.

And now we are talking about making Kony famous – six years after he left Uganda.

It distresses me as much as anyone else when I hear that LRA rebels are still killing and raping people and abducting children in the Central African Republic and the Democratic Republic of Congo.

But if there is to be a serious military effort to arrest Kony, I must urge caution.

In October last year, the United States sent 100 troops including special forces personnel to help the Ugandan military track down and capture Kony. When President Barack Obama announced the deployment, people here recalled past offensives and wondered how many American troops it would take to defend them in the event of reprisal attacks by the LRA. We have huge numbers of soldiers in Uganda, but they have always failed to do this.

Anyone campaigning for Kony’s arrest should beware of reopening old wounds inflicted by the LRA. Those wounds are deep enough. Northern Uganda has lost more than 20 years to the LRA insurgency and we cannot afford to lose one more day.

We need to concentrate on peace-building, redevelopment, reconciliation, and educating our children. Now at last we are in a position to start improving the lives of our people.

Bill Oketch is an IWPR reporter based in Gulu who reports for IWPR’s Facing Justice radio programme.

The views expressed in this article are not necessarily the views of IWPR.