Kenya's Deputy President to be Tried in Hague

ICC judges rule out holding sections of the proceedings in Kenya or Tanzania.

Kenya's Deputy President to be Tried in Hague

ICC judges rule out holding sections of the proceedings in Kenya or Tanzania. 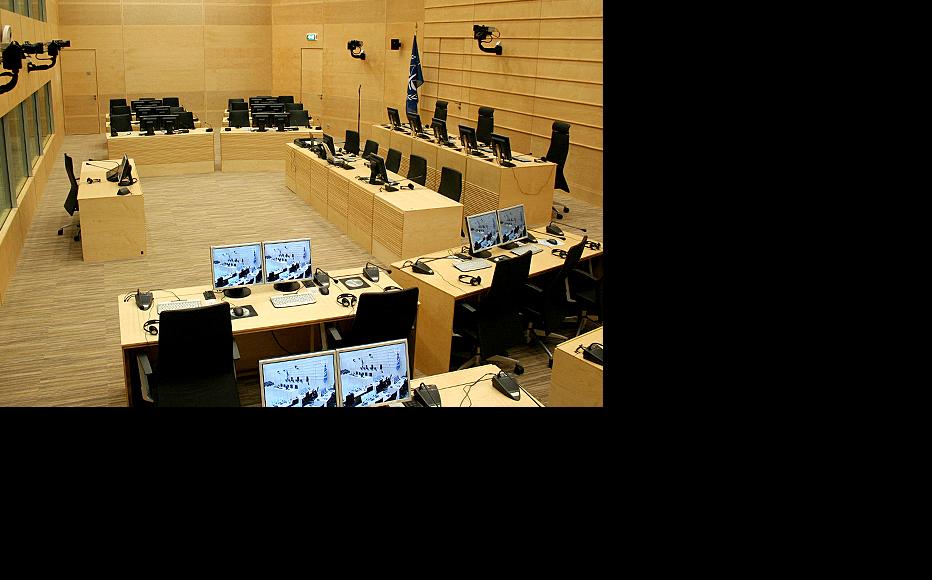 ICC courtroom in The Hague. (Photo: ICC-CPI)
The link has been copied

Judges at the International Criminal Court, ICC, have ruled that the whole trial of Kenya’s deputy president will be held in The Hague, and not in Kenya or neighbouring Tanzania as his lawyers had requested.

William Ruto and former radio presenter Joshua Arap Sang are charged with orchestrating the violence that unfolded in the aftermath of Kenya’s general election in December 2007. Kenya’s president, Uhuru Kenyatta, is also facing trial in a separate case.

Lawyers representing Ruto and Sang, whose trial is set to start on September 10, asked judges on 24 January this year for the trial to be held in Kenya or Tanzania rather than The Hague.

Kenyatta has lodged a similar request for the proceedings against him to be held in the East Africa region. This week’s decision does not affect that request.

Under court rules, whole trials or portions of proceedings can be held outside The Hague “where the court considers that it would be in the interests of justice”.

On June 3 the three judges set to hear the case against Ruto and Sang had expressed their support for the idea of holding the opening statements and other brief portions of the trial in Kenya or Tanzania.

The judges said they recognised the benefits of having hearings near to where the alleged crimes occurred, as well as close to the victims and others affected by the bloodshed of 2007 and 2008.

The judges had asked the court’s registry to explore the “practical aspects” involved in such a move.

But sitting in plenary this week, the court’s 16 judges failed to reach the two-thirds majority needed to change the seat of the court.

The full ruling has not yet been released by the court.

In a separate decision issued on June 18 judges ruled that Ruto may be absent for court hearings in his trial.

They ruled that because Ruto is now deputy president of Kenya the demands of public office mean he can absent himself from certain proceedings.

But Ruto is required to attend the start of the proceedings on September 10, which will now be in the ICC’s courtrooms in The Hague.

“Both Mr Ruto and Mr Sang are expected to attend the opening of the trial,” ICC registrar Herman von Hebel said in a statement on July 15.

Ruto and Sang’s lawyers had argued that holding the trials in Kenya or Tanzania would “cause minimum disruption to the private and public lives” of their clients.

They also said it would “mitigate those disruptions and costs to the accused without detracting from the smooth running of the trial”.

While prosecutors appreciated the benefits of bringing the trial closer to Kenyans, they opposed switching the venue due to concerns about the security of witnesses and victims.

Prosecutors have repeatedly raised the issue of witness intimidation and called on the Kenyan government to help it protect those due to testify in the case.

The common legal representative of victims, Wilfred Nderitu, noted in a court filing on February 22 that 82 per cent of a sample of 50 victims who were willing to give their views on the matter cited security concerns and expressed a wish for the trial to be held in The Hague.

Nonetheless, he said he still supported the idea of holding proceedings in the city of Arusha, Tanzania. Nderitu added that it was important for people in Kenya “to have some ownership of the process” and that local hearings would “trickle down to more representative participation of the victims”.

He also said that conducting hearings locally would lend support to a proposed new war crimes division of the high court in Kenya which could itself prosecute suspected perpetrators of the post-election violence.

However, victims groups in Kenya and internationally have welcomed the decision to hold the trial in The Hague.

They argue that concerns over the security of witnesses and victims outweigh the benefits to be gained by holding proceedings locally.

“Victim intimidation has already taken place and it is likely that it will increase if hearings are held in Kenya,” said Carla Ferstman, director of the London-based advocacy organisation REDRESS.

“Victims may shun the process if they feel endangered.”

Ndungu Wainaina, director of the International Centre for Policy and Conflict in Nairobi, also welcomed the decision.

“The best place [to hold the trial] is at The Hague,” he told IWPR. “[Holding proceedings near Kenya] would mean exposing witnesses to more harassment and intimidation which has been quite challenging.”

On July 15 von Hebel said that the court “will take all necessary measures and continue to work diligently to ensure that witnesses are protected”.