Plaintiffs hope lawsuit will lead to fresh investigations into 2007-08 attacks. 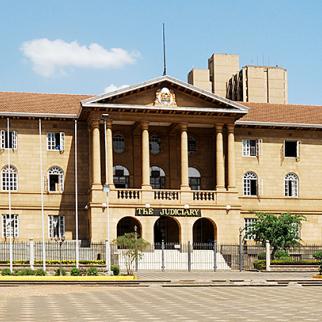 The women are set to bring a case against some of Kenya's highest-ranking officials at the High Court in Nairobi. (Photo: Ting Chen/Flickr)

Director of prosecutions rules out using new institution to deal with cases from 2007-08, even though that was why it was conceived.

Plaintiffs hope lawsuit will lead to fresh investigations into 2007-08 attacks. 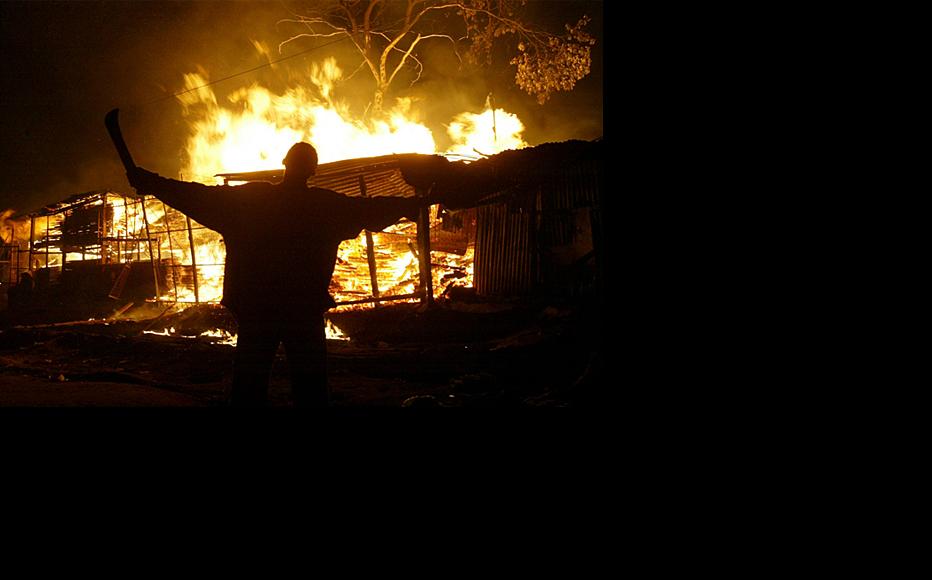 Post-election violence in Kenya, December 2007. (Photo: The Star newspaper, Nairobi)
The link has been copied

Last week, the High Court in Nairobi heard evidence from the first witness to testify in a civil case brought against various Kenyan state institutions in relation to the violence that hit the country six years ago.

Eight individuals – six women and two men – have accused the authorities of failing to protect civilians and of failing to prosecute the perpetrators of sexual attacks during the unrest. The complaint is against Kenya’s attorney-general, the Director of Public Prosecutions (DPP), the police force and its oversight mechanism, and the public health authorities.

During her three days of testimony, the witness – Patricia Nyaundi, secretary of the Kenyan National Commission on Human Rights – told the court that the government had failed to properly respond to crimes, particularly acts of sexual and gender-based violence, committed in the months following the disputed 2007 presidential election.

More than 1,100 people were killed and 650,000 others lost their homes during the bloodshed.

The International Criminal Court (ICC) in The Hague is currently hearing the case against Kenya’s deputy president, William Ruto, and journalist Joshua Arap Sang on charges of orchestrating acts of violence. President Uhuru Kenyatta is due to go on trial later this year on similar charges.

The suspects are accused of crimes committed in Naivasha and Nakuru and in the wider Rift Valley.

In 2011, judges dropped charges relating to police shootings in Kisumu and the killing and rape of civilians in the Nairobi slum of Kibera. They ruled that while there were reasonable grounds to conclude that these crimes occurred, they could not be linked to the suspects before the court.

In confirming the charges against Kenyatta in January 2012, ICC judges ruled that there were “substantial grounds to believe” that perpetrators raped civilians as part of attacks that took place in or around Nakuru and Naivasha.

Judges also found evidence to support charges that attackers carried out forcible circumcision and penile amputation on men from the Luo ethnic group.

Despite the serious charges lodged by prosecutors in The Hague and the widespread nature of crimes committed in late 2007 and early 2008, very few cases have been prosecuted in Kenya’s own courts.

The current case, which is being heard by a single judge in the Constitutional and Human Rights Division of the High Court, has been brought by victims who suffered sexual attacks.

The plaintiffs are seeking to force the Kenyan authorities to reinvestigate sexual and gender-based violence that occurred during the conflict.

They are bringing the case in conjunction with four local human rights groups – the Coalition on Violence Against Women, the Independent Medico-Legal Unit, the Kenyan section of the International Commission of Jurists (ICJ-Kenya), and Physicians for Human Rights.

The plaintiffs argue that the government must pay compensation, and also want medical and psycho-social support for victims.

The case was originally filed in February 2013, but the various state institutions accused took more than a year to file their responses.

The case’s first hearing was held shortly after Director of Public Prosecutions Keriako Tobiko announced in February that more than 4,000 outstanding cases relating to the 2007-08 could not be prosecuted. A multi-agency taskforce set up in 2012 to assess the cases concluded that there was insufficient evidence to take them to court.

In her testimony before the High Court, Nyaundi recalled receiving distress calls from women in Kibera telling her they had been raped by members of the paramilitary and ordinary police forces.

Nyaundi referred to findings by official bodies including the Commission of Inquiry into the Post-Election violence (CIPEV), and the Truth, Justice and Reconciliation Commission (TJRC), which the government set up in the aftermath of the conflict.

According to CIPEV, 900 cases of sexual and gender based violence were reported during the post-election violence but these were only the “tip of the iceberg”. The inquiry also found that the police killed 405 of those who died in the violence and injured a further 557.

Nyaundi told the court that 82 per cent of those who were raped did not report it to the police.

She explained that the police themselves had carried out sexual attacks and then failed to investigate the crimes. Victims were too scared to report attacks to officers who had committed rape, she said.

“Some of those who were supposed to provide security were the actual perpetrators,” Nyaundi said in court. “The security organs were deployed, but did not offer security and instead perpetrated the violence.”

Nyaundi accused the DPP of not conducting adequate investigations. Although she noted the conclusions of the multi-agency taskforce on the 4,000 cases, she said it had failed to address issues such as the lack of documents in the case files, and it had not initiated any fresh inquiries.

She also drew the court’s attention to the fact that cases that went unreported at the time of the violence but have since been highlighted by bodies such as the CIPEV and TJRC have never been investigated.

The respondents in the case have filed written replies with the High Court and will present evidence later in the case.

In its filing, the office of the DPP states that it has always prosecuted cases investigated by the police and “where actionable evidence has been disclosed”. It said it had not found any criminal cases filed by the plaintiffs in relation to the violence.

“Therefore, no failure can be apportioned or blame attributed to the [DPP] in the discharge of his duties in this case,” the reply stated.

The police force described allegations that its officers carried out attacks as “hearsay evidence”. Its response, too, states that civilians have “a duty to report crime”.

The case will continue with hearings scheduled for May 13 and 14, when Nyaundi will be cross-examined by the respondents’ lawyers.

The plaintiffs are optimistic that this case could create a legal basis for fresh investigations not only of rape but of other crimes committed during the conflict.

Christine Alai of Physicians for Human Rights said that in addition to prosecuting suspects in large numbers, the government should also provide adequate compensation for victims’ suffering.

“The government needs to understand that justice is much broader than prosecution,” Alai told IWPR.

Others point out that, at best, the authorities have tackled only individual cases that were reported during or after the violence.

George Kegoro, executive director of ICJ-Kenya, said the DPP should have carried out much broader investigations into those who organised the violence. He said investigations should be geared “towards establishing the systematic and widespread nature of the crimes committed”.

“While direct perpetrators are guilty, those behind them would also be guilty of crimes,” Kegoro added. “The questions surrounding the build-up to the violence are more difficult to answer, and the answers are probably politically uncomfortable. However, there can be no full domestic accountability unless investigative efforts are directed towards answering those questions.”

J.J. Wangui is a freelance reporter in Nairobi.