Trading accusations about who was responsible for twin strikes in coastal towns could fuel tensions.

Trading accusations about who was responsible for twin strikes in coastal towns could fuel tensions. 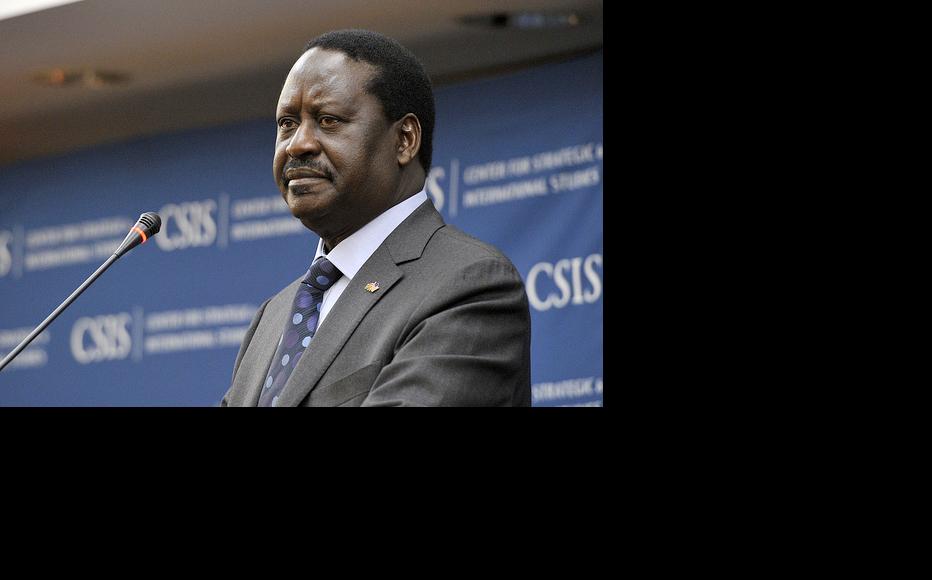 The opposition Coalition for Reforms and Democracy (CORD) headed by former prime minister Raila Odinga has been holding a series of political rallies designed to pressure the government on its handling of the security crisis. (Photo: CSIS/Flickr)
The link has been copied

Analysts and politicians in Kenya have warned national leaders that they risk increasing ethnic divisions if they continue to try to make political capital out of the recent violence in the coastal region of the country.

More than 60 people were killed in two strikes on the towns of Mpeketoni and Maporomoko near the coastal resort of Lamu on June 15 and 16.

Amid confusion about who carried out the attacks, recriminations flew between the ruling Jubilee coalition led by President Uhuru Kenyatta, and the opposition Coalition for Reforms and Democracy (CORD), headed by former prime minister Raila Odinga.

The Somali Islamist group al-Shabab claimed responsibility for the attacks, as revenge for the ongoing Kenyan military intervention in southern Somalia.

President Kenyatta dismissed al-Shabab’s claim and instead blamed “local political networks” in Kenya. He described the attacks as “politically motivated ethnic violence” targeting what he called “a Kenyan community”. The two towns are home to large numbers of the president’s own ethnic group, the Kikuyu.

CORD responded sharply to what was seen as a hint that it was involved in the attacks, and rejected claims by government officials that it was seeking to destabilise the country through violence.

On June 18, a group of 27 parliamentarians from both Jubilee and CORD called on their respective leaders to cool their rhetoric. They also asked for political rallies to be suspended while an independent investigation into the attacks takes place.

“Members of the National Assembly are disgusted and disturbed by the current state of affairs,” Joel Onyancha, the Jubilee member for Bomachoge Borabu in western Kenya, told the media. “We are therefore making a request that we do not lose sight of [the fact] that we are united in diversity. We are making a request for a cessation of verbal hostilities. Kenyans, irrespective of station in life, must restrain themselves from verbal attacks and innuendos that may poison our nations.”

The violence follows a spate of attacks in the coastal city of Mombasa and in a Somali-dominated suburb of Nairobi. (See Kenyan Security Forces Accused of Stoking Tensions.)

While there is confusion over who was behind the latest attacks, critics have questioned why Kenyatta was so quick to dismiss al-Shabab’s claim.

The United States blames al-Shabab for the latest attacks, and the group is not thought to have claimed responsibility for any past attack it did not carry out.

Last September, the group attacked a Nairobi shopping mall killing 67 people and injuring more than 200 others.

“I think the government is casting around for enemies to blame because it is impotent to prevent the actual security threat and the consequences that are taking place,” Mike Jennings, a senior lecturer at the School of Oriental and African Studies in London, told IWPR. “It is clearly seeking to deflect attention, to deflect blame rather than manage the crisis.”

Odinga has been holding a series of political rallies designed to pressure the government on its handling of the security crisis.

Prior to the latest attacks, the government had rejected Odinga’s request to hold a national dialogue on the issue.

The CORD leader has pledged that the rallies will carry on, culminating on July 7, unless such a consultation takes place.

According to a report in Kenya’s Star newspaper, Odinga’s backers have threatened to swear in their leader as president if there is no national consultation on security.

However Odinga denied that he was seeking to overthrow the government, despite making a series of scathing statements about its handling of the security threat.

“We will continue with our rallies because what has just happened confirms the need for national dialogue,” Odinga said. “One of the issues we are addressing is security, and there is urgency to deal with this issue.”

Odinga described Kenyatta’s assessment of this week’s attacks as “unfortunate and unjustified” and said he had ignored both intelligence information and the views of other countries that pointed to al-Shabab.

Analysts in Kenya say the political foes need to come together to tackle the crisis.

“It is worrying that this security situation has become so quickly politicised,” Cedric Barnes, from the International Crisis Group, told IWPR. “Both sides need to reduce the rhetoric and talk to each other. But both sides are not doing that.

“What should happen is there should be a unified national response to this awful attack and an investigation should be instigated.”

Jennings, too, criticised Kenya’s leaders for increasing tensions on the ground.

“The only solution to that is for those same political elites to ramp down that language; to understand that they can’t do this,” he said. “And we saw this in the [2013] elections, so it is clearly possible. And what we also saw in the elections was a very strong desire by Kenyans themselves [to keep the peace].”

Others argue that Odinga should to tread extremely carefully, using his role as opposition leader to challenge a much-criticised government response to the security problem, but without exploiting the situation for political gain.

Others noted that leaders seemed to be discussing an immediate security challenge in the context of elections that are not due until 2017.

Reverend Canon Peter Karanja, secretary general of the National Council of Churches of Kenya, said now was not the time for political campaigning.

“They were campaigning and engaging politically,” he said. “Politicians should give us space. For now, there is no basis for a political contest.”

Karanja called for neutral, apolitical figures to lead a dialogue on the security situation facing Kenya.

“We need an appropriate and timely dialogue that will be driven by other [parties] who don’t have political interests,” he said. “The president and Odinga would be participants, able to bring views. But the outcome of the dialogue should not be dependent on them because that then ceases to be dialogue and becomes a political contest.”

Meanwhile, analysts say unity and dialogue are needed not only at national level but also – and possibly more crucially – locally.

A new system of devolved governance across Kenya’s 47 counties, in place for a little over a year, has caused confusion over exactly who is responsible for security.

According to a report in Kenya’s Daily Nation newspaper, a warning from the intelligence services that an attack was imminent was not acted on by security officials in Mpeketoni.

Nic Cheeseman, director of the African Studies Centre at Oxford University, believes that one of the major constraints on a more robust security strategy is the uncertainty surrounding the issue at the county level.  (See Kenya’s Governors Seek Security Role.)

“In some places the county governor is trying to take charge, in some places the senator, in other places we have county commissioners – which is basically the same old provincial commission but under a new guise – saying they are in charge of security,” Cheeseman said.

“It seems like in a number of places, the basic problem that we usually have in Kenya – the basic lack of capacity to actually police effectively – is now being compounded by a second problem, deep confusion about who is directing control of security operations at the county level.

“Party division is undermining concerted coherent action at that [county] level. At the local level in places like the coast, the county is often run by CORD affiliates who have a majority in the county assemblies and hold the governorship and decide how much money they want to spend as a county on things like extra security. But the Jubilee Alliance government controls the county commissioners, and so there is a partisan divide. Having more party unity [at that level] would be a good thing.”

Judie Kaberia is Kenya Coordinator for ReportingKenya.net and Special Projects Reporter at Capital FM in Nairobi. Nzau Musau is a reporter for The Star newspaper in Nairobi. Simon Jennings, IWPR’s Africa Editor,also contributed to this report.