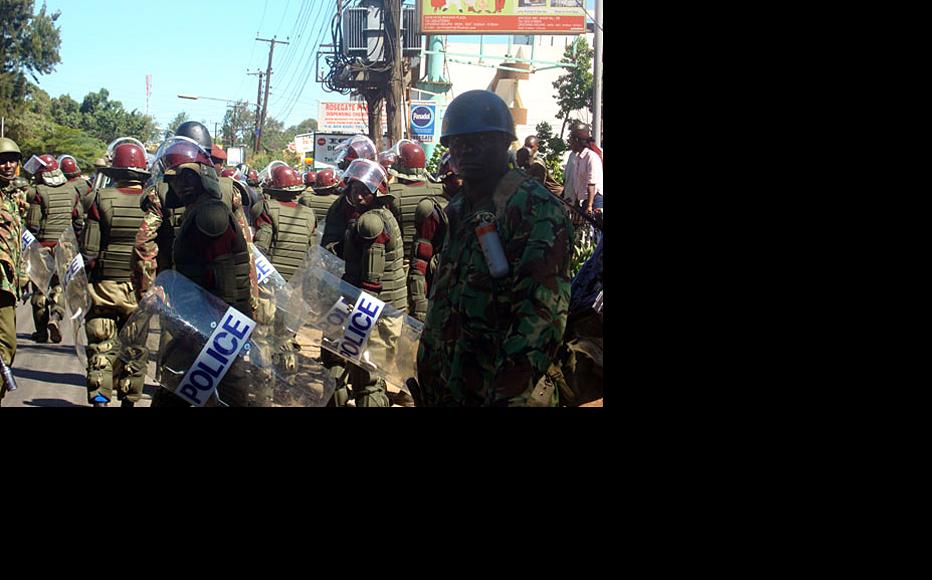 An attack in June in the coastal region of Lamu highlighted failings in Kenya's security services. (Photo: Daudi Were/Flickr)
The link has been copied

Security experts in Kenya have backed the findings of an inquiry into terror attacks near the country’s east coast that described a breakdown in communications between local and national arms of the police force.

The June 15-16 attacks by the Somali Islamist militant group al-Shabab in the Lamu region killed more than 60 people.

An October 8 report by Kenya’s national police oversight body confirmed fears that the security agencies were hamstrung by competing claims of authority and a confused chain of command.

The Independent Policing Oversight Authority (IPOA) found that the response to the attack on Mpeketoni was disorganised and came too late to stop the approximately 30 attackers.

As well as county-level police, specialised units commanded from Nairobi were dispatched to Mpeketoni, but got there late.

According to the IPOA report, one of these special units, the Rapid Deployment Unit (RDU) left its base just 16 kilometres from the scene of the first attack just after 9pm on June 15, but it did not arrive until after midnight. Another, the General Service Unit (GSU), arrived at 3.30am on June 16, some six and-a-half hours after the start of the attack.

IPOA concluded that unacceptable delays occurred because police commanders at county level were unable to call on these locally-based special units without authorisation from central command in Nairobi.

“Prompt response failed because of conflicting orders and lack of a centralised command structure at the county level that could coordinate all the [National Police Service] resources in the region,” the report stated. “Therefore, senior officers in Nairobi played a key role in the inaction of these units or their late response.”

The report argued that a swifter response could have prevented subsequent raids. The Mpeketoni attack was followed by an incident in the nearby village of Kijijoni the next day. As of October, nearly 100 people have been killed in the coastal region.

Kenyahas suffered a series of attacks by al-Shabab over the last year. The militants say they are retaliating against the ongoing Kenyan military intervention in southern Somalia, which started in October 2011.

In September 2013, al-Shabab militants seized control of the Westgate shopping centre in Nairobi, killing some 70 people and injuring hundreds of others.

The security services were subsequently criticised for a bungled rescue operation in which soldiers shot at police officers.

Kenyais currently undertaking substantial police reforms, but these have lagged behind those in institutions such as the judiciary.

At the same time, a process of devolution has transferred some of the decision-making on security matters from national to local government level in the 47 counties.

The IPOA report said the provisions of a new law governing police operations needed to be put into practice.

It also recommended that the inspector general of police appoint a single commander at county level who would oversee all the officers and units needed to respond to an attack.

Such a solution is provided for in the National Police Service Act, but according to Tom Kagwe, an IPOA board member, “The inspector general has been unable to do this. What he has done is say that he has a team of three commanders [at county level] who work as a team. But our Mpeketoni report did not see this teamwork.”

These county commanders would have powers to deploy whatever units they needed without seeking authorisation from Nairobi. In addition, they would also have a direct line of communication with the inspector general for the purpose of engaging specialised units.

At the moment, each county has three separate police commanders who oversee the different entities that make up the National Police Service. The county heads of the Kenyan Police Service, the Administration Police Service and the semi-autonomous Criminal Investigations Department all report to national police headquarters in Nairobi.

The commanders of the Kenyan Police Service and the Administration Police have no right to issue orders to each other’s officers. Nor can they engage the specialised armed officers of the GSU or RDU without first getting authorisation from police headquarters in Nairobi.

Police officers interviewed by IPOA during its inquiry said the operation in Lamu highlighted the problem.

“Kenya Police commanders lamented that they cannot directly issue operational orders to officers from the Administration Police Service and specialised units such as the GSU,” the report said. “These units have to obtain approval from their national headquarters before embarking on any operation.”

The report also noted that the existence of different command structures created confusion about who was actually in charge of the operation.

“These [county] commanders can never give commands to any others other than the unit that they come from,” he told IWPR. “This is the quagmire we are in. It is bringing a lot of chaos.”

Last month, a report by the International Crisis Group on the threat posed by al-Shabab argued that the devolution process was hampering Kenya’s ability to respond to attacks.

“There needs to be clarity and agreement on who does what,” Cedric Barnes, the group’s Horn of Africa analyst, told IWPR.

The appointment of county commissioners has added an additional layer of complexity. These officials are the Kenyan president’s appointed representatives at county level, and they have a mandate to report to him on security matters. As such, they have significant power and can summon the police to meetings on security matters. However, they have no prescribed role under the national police law.

The IPOA report argues that county commissioners should have no control over the police, instead leaving the work to one county police commander.

“We are in this situation where we have civilians exercising powers that they don’t have,” Kagwe said.

Kioko Kivandi is an IWPR trained reporter in Nakuru

Kenya
Connect with us