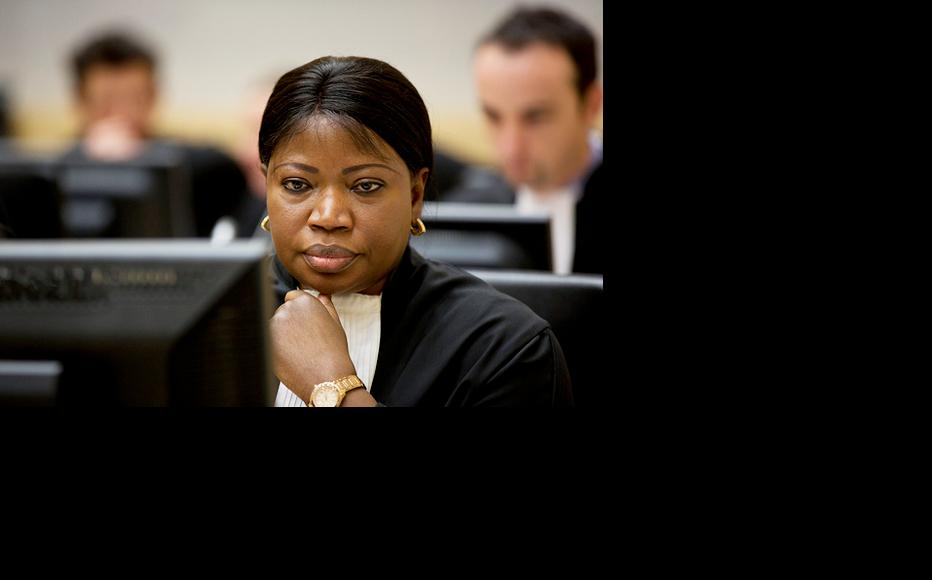 ICC Prosecutor Fatou Bensouda in Courtroom 1 of the International Criminal Court in The Hague. (Photo: ICC-CPI/Flickr)
The link has been copied

Following allegations that Kenyan government officials have interfered with witness in the two cases currently before the International Criminal Court, ICC, supporters of the court’s work are calling for an investigation.

Prosecutors are preparing for the trial of Kenya’s new president, Uhuru Kenyatta and his deputy, William Ruto, who are both charged with orchestrating the political and ethnic violence that erupted in the aftermath of the Kenya’s disputed general election in December 2007. A third defendant, journalist Joshua Arap Sang, also faces trial.

Despite being on opposite sides in a conflict that ended in early 2008, Kenyatta and Ruto formed a team and won the presidential election in March.

In a written submission on May 10, ICC Prosecutor Fatou Bensouda informed judges of “reports received from prosecution witnesses that they have been targeted by [Kenyan government] officials seeking to influence their testimony”.

“Some public officials in Kenya have fostered an anti-ICC climate in the country, which has had a chilling effect on the willingness of potential witnesses and partners to cooperate with the OTP [Office of the Prosecutor],” Bensouda added.

The prosecutor had previously informed judges that there had been an “unprecedented level of witness interference” in her office’s investigations in Kenya.

Following a succession of revelations about witnesses who are afraid to testify against Kenya’s new leaders, international justice experts say it is vital for prosecutors to get to the bottom of the matter in order to safeguard the credibility of the Kenyan cases, as well as of others on its books.

Under ICC rules, the prosecutor can bring criminal charges against anyone suspected of interfering with the court’s proceedings.

“It makes sense for the OTP to be investigating the sources of that [fear], to make sure if it is specific individuals or just a change in the political scene,” David Kaye, a law professor at the University of California, told IWPR.

Kaye added that if individuals are suspected of harassing witnesses, it is important for the court to send a strong message that such actions will not be tolerated.

“I think bringing these cases could have a significant benefit for [the prosecution],” Kaye said, adding that this would send out a message that “they know that it is difficult to testify, but it lets witnesses know that they have got their backs”.

“This would be a message that would also be sent to other cases,” he added.

Interference in ICC investigations has already forced the prosecutor to drop charges against another defendant. On March 9, Bensouda abandoned efforts to prosecute the former head of Kenya’s civil service, Francis Muthaura, after a witness admitted being bribed and lying to the court.

“The Muthaura case has presented serious investigative challenges, including a limited pool of potential witnesses, several of whom have been killed or died since the 2007-2008 post-election violence in Kenya, and others who are unwilling to testify or provide evidence to the prosecution,” Bensouda said when explaining her decision to drop the case.

Kenyan media have quoted lawyers in Nairobi as saying some of their clients who were due to testify against the suspects have withdrawn their evidence because of fears for their own safety and that of their families.

As well as alleging that officials have interfered with witnesses, Bensouda has also accused the government of failing to fully cooperate fully with her investigations into the three suspects.

The prosecutor insists that, despite repeated requests, she has been unable to secure financial records of the suspects, and that she has not been allowed to interview police officers who were on duty during the post-election violence.

Kenya’s attorney general, Githu Muigai, has rejected the prosecutor’s allegations of non-cooperation. In a legal submission to ICC judges, he described the claims as “false, incomplete, inaccurate or otherwise misleading”. Judges have allowed Muigai to file further comments on the matter in response to the prosecutor’s May 10 submission.

Speaking on the panel at a recent IWPR seminar in Nairobi, Muigai said he had provided the prosecutor with “everything that [she] is entitled to under the law”.

But if the Kenyan authorities are being as uncooperative as Bensouda says, what are the chances that the prosecution will be able to carry out effective investigations into the allegations of witness interference?

Mark Kersten, a legal expert at the London School of Economics, described the prosecution as being “between a rock and a hard place”.

Bensouda’s office says protecting witnesses is “one of its highest priorities”, and it has warned that it will come down heavily on anyone found to be involved.

Nicola Fletcher, spokeswoman for the office of the prosecutor, said, “We will take appropriate action based on the evidence collected by the office. When we do so, the full brunt of the law will be brought to bear against perpetrators.”

She added that the prosecution needed more information.

“We can only take action based on the evidence – but we cannot do it alone,” she told IWPR. “We encourage all with relevant information concerning obstruction of justice to continue providing it.”
In the Ruto and Sang case, which is set to start on September 10, both the prosecution and defence have spoken to the judges about witness interference. This has taken place behind closed doors

Ruto’s defence deny the allegations and have argued that the case cannot "fairly commence" without the matter being first resolved.

“Any possible charges brought pursuant to [contempt of court provisions in the Rome Statute] would be part of a separate case, not brought before this chamber,” judges wrote in a ruling on June 3.

As a signatory to the ICC and a subject of an investigation by the court, the Kenyan state is responsible for ensuring the safety and security of witnesses due to give testimony.

“Kenya’s authorities also have a core responsibility here to take steps to ensure the safety of those within its borders and to prosecute efforts to obstruct justice, including before the ICC,” Evenson said. “Kenya’s authorities should signal publicly that they are taking seriously any allegations of witness interference and that they will investigate and prosecute threats, harassment or bribery where it amounts to a violation of national law.”

At the recent IWPR seminar, Attorney General Muigai rebuked prosecutors who had accused him of not protecting ICC witnesses. He insisted that he had offered to do so but, due to the protective measures put in place by the court, he was not allowed to know their identities.

Experts point out that besides formal prosecution, there are other steps the ICC prosecutor’s office can take to tackle witness interference. It could, for, example, request the court’s judges to seek better cooperation from Kenya.

“If there is a generalised concern [about levels of cooperation], OTP can build a cooperation case against Kenya, rather than against specific individuals,” Kaye said. “OTP could make the claim that the government of Kenya is not sufficiently standing up against intimidation and standing up for witnesses to lead the court to warn the Kenyan government.”

Bernard Momanyi is a reporter for ReportingKenya.net and News Editor at Capital FM in . is IWPR’s Editor.