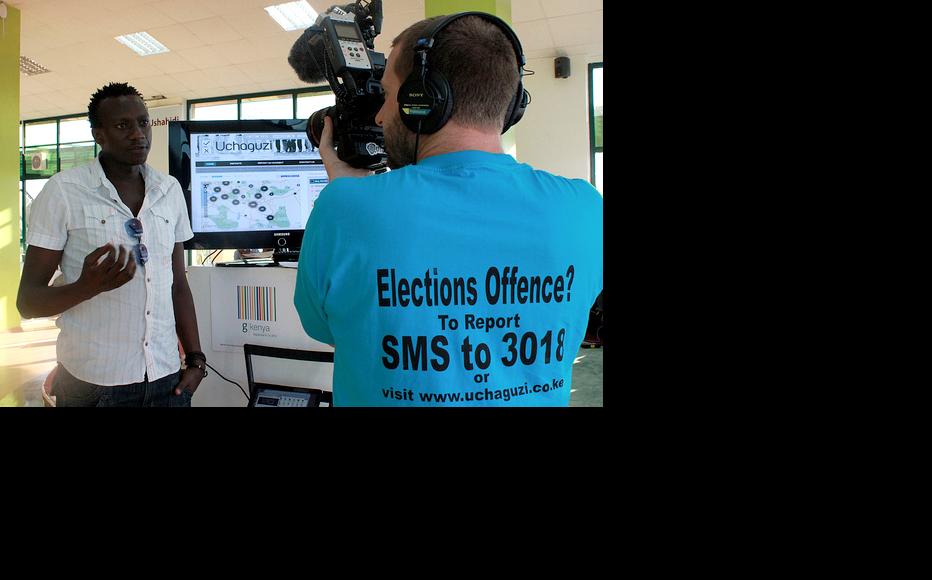 The Umati Project monitored hate speech before, during and after Kenya&#039;s March 2013 elections. (Photo: Cody Valdes/Flickr)
The link has been copied

Following a wave of online hate speech before and after the Kenyan general elections this March, the government agency whose job is to investigate offences has been accused of inaction.

Despite hundreds of cases where offensive material has been posted on social media sites like Facebook, the National Cohesion and Integration Commission, NCIC, has only launched six formal investigations under a law criminalising hate speech.

Official media across Kenya were blamed for inciting the bloodshed that followed the last presidential election in December 2007. More than 1,100 people were killed and 650,000 others were displaced from their homes as the disputed ballot result triggered violence along ethnic lines.

The violence in 2007 and early 2008 meant that in the run-up to this year’s election, the authorities were on the look-out for people trying to heighten tensions in both traditional and social media. As well as the NCIC, the police’s Criminal Investigation Department had an entire office devoted to tackling hate speech online.

As it turned out, the press and broadcasters kept to the rules, and the problem shifted to the online media which have boomed in Kenya in recent years.

“Some of the abusive, highly corrosive, divisive, tribalistic messages and blogs are criminal,” the head of Kenya’s civil service, Francis Kimemia, warned in January, two months before the elections. “We are zeroing [in] and identifying individuals by name for prosecution.”

Two of the six individuals which the NCIC has accused of spreading hate speech over the web are well-known bloggers – Dennis Itumbi and Robert Alai. Only Alai has been formally charged at this point. The pair are famous for courting controversy through internet posts, but both deny allegations that they indulged in hate speech.

Last year, Itumbi sued Alai for alleging on social media that he had authored a fake dossier claiming that Britain planned to have Kenya’s former president, Mwai Kibaki, charged for the 2007-08 electoral violence by the International Criminal Court in The Hague.

The NCIC says the other four suspects are a military officer, a teacher, a student and a prison warder. They have not been named as the investigations are still ongoing.

The commission has come under fire for not bringing proceedings against any of the numerous other individuals who posted incendiary material online during and after the elections.

The Nairobi-based online monitoring group Umati logged 5,683 posts containing hate speech on social media between October 2012 and May 2013. A quarter of those contained calls to kill, beat or forcefully evict one or more members of various ethnic groups.

Brice Rambaud, programme director of the democracy and governance programme at the media consultancy Internews, noted that NCIC seemed to be targeting well-known bloggers and social media activists.

“This action [by NCIC] has some shortcomings,” he told IWPR. “Most of the dangerous speech witnessed on social media came from ordinary citizens.”

Rambaud’s colleague Mark Irungu argues that the NCIC has deliberately gone after famous bloggers in order to win publicity for its efforts to combat hate speech.

“I feel like they only got the popular culprits, but not the real ones, with intention to use them as examples,” Irungu, a digital media developer at Internews, said.

The NCIC has rejected the criticism. It argues that Itumbi and Alai habitually court media attention, and that they might have deliberately spread hate speech so as to keep themselves in the public eye.

Under the law, offenders can be given a three-year prison term, a fine of up to one million Kenyan shillings, 10,000 US dollars, or both.

Activity on social media sites demonstrate that five years on, the ethnic tensions played out in the violence after the 2007 elections have not gone away. Back then, members of Kenya’s largest ethnic group, the Kikuyu, were in conflict with Kalenjins and Luos.

One post on a Facebook page entitled “NOT Another Kikuyu President Please”, which got over 3,000 “likes”, show that these animosities persist.

“Uhuru [Kenyatta] is President? Luos will have their dicks chopped off and Kalenjins will not be safe in their land no matter what. Pretend but it is the sad truth,” an individual posted on March 9, five days after the presidential election, which Kenyatta won. His running-mate William Ruto – a Kalenjin – became deputy president.

According to Umati, the page has been reported to the NCIC and the Kenyan police but is still active. Kyalo Mwendi, NCIC’s assistant director for legal matters and complaints, told IWPR that Facebook had turned down a request from his office to get the page taken down.

Odinga, whose election bid was backed by the Coalition for Reforms and Democracy, CORD, claimed that the outcome was invalid because of alleged irregularities in the voting and counting processes.

“What if the court doesn't rule in favor of Cord, will you just seat [sic] there and mourn? The other way we can take this thing is by force? Let's distabalise [sic] the county.... R you Ready?” reads one post by a user named Mathew Omondi Mola.

One Facebook user who spoke to IWPR said he did not see anything wrong with comments in which he accused people of Kikuyu ethnicity of being thieves.

“I said it because that is the truth,” he said. “I did not tell anyone to go and kill, and what I said has helped Kenyans to know the truth. Have you seen anyone fighting because of what I wrote? In fact they appreciate [it],” the user said.

One obstacle which the NCIC has frequently cited is the difficulty of tracking down people who post offending material anonymously.

Some commentators believe that regardless of online anonymity, the commission should be spreading the net far wider than just the six individuals currently under investigation.

The chairman of the Law Society of Kenya, Eric Mutua, is particularly critical of the commission’s efforts.

“I have myself identified two lawyers who use their real names and can be identified,” he said. “They post hate speech on Facebook. NCIC is looking for excuses not to do its work.”

Despite the online expressions of ethnic animosity, the presidential, parliamentary and local elections concluded without major bloodshed, and there were no reported incidences of violence known to have been sparked by social media.

In an interview with IWPR, NCIC head Mwendi defended his organisation’s efforts to combat hate speech. He said that one of the barriers to prosecuting those who post material online is that without permission from the interior ministry, the commission does not have the power to launch an investigation on its own.

“The commission is only able to move and commence investigations on receipt of a complaint,” Mwendi said. “It is not for NCIC to identify who is spreading hate speech; there has to be a complaint. A person may complain against an individual or a group and set out the alleged contravention. You must give us the particulars. What have they uttered? If it’s [in] print, avail the print. We then check if it fits with the ingredients [of laws covering] hate speech.”

According to legal experts, however, the NCIC is not limited to investigating allegations of hate speech only when it receives a complaint. Statements to this effect from the commission have prompted concern about whether it is up to the task assigned to it.

Bob Mkangi, a Kenyan lawyer who served as a member of the committee of experts that drew up the new constitution which Kenya adopted in 2010, said the NCIC did have powers to investigate hate speech on its own, and did not have to wait for a complaint from a third party.

Mkangi pointed to section 25 of the NCIC Act which allows the commission to investigate of “its own accord” hate speech or comments intended to cause ethnic or racial animosity.

“It is a wide, sweeping function and power,” Mkangi said. “It doesn’t have to wait for complaints.”

Mutua of the Law Society also argues that the NCIC has a mandate to investigate and pursue charges against offenders without waiting for a complaint to be filed.

“I don’t know why it runs away from this, but maybe it is incompetence or lack of enthusiasm and lack of will to deal with issues of hate speech,” Mutua told IWPR.

But according to Mwendi, the NCIC has made online hate speech a priority and is doing its best to address it. He says the commission has invested in new equipment and new skills to address past problems.

“We have not been static,” he said. “A lot has been going on. We have taken measures and made improvements to address challenges we faced. I know people want to see something tangible, and we are doing something to improve things.”