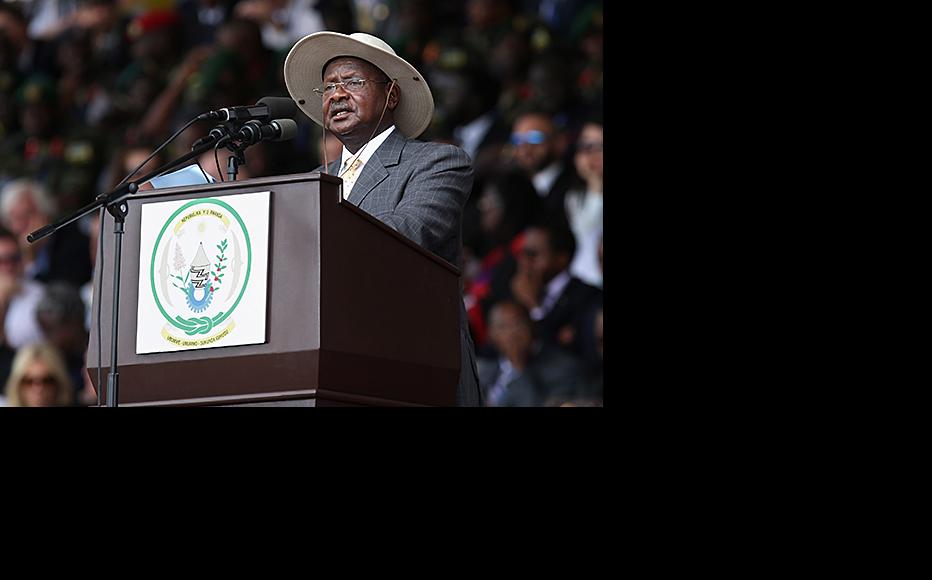 More and more Ugandans are seeking refuge in Kenya to escape extreme homophobia that has intensified in their own country since anti-gay legislation was passed earlier this year. But although prosecutions are rare in Kenya, discrimination is common there too.

In February, Ugandan President Yoweri Museveni signed off on legislation already passed by parliament to extend the scope of offences and impose tougher penalties for homosexuality up to a life sentence.

On August 1, however, the Constitutional Court annulled the Anti-Homosexuality Act, ruling that parliament did not have the required quorum when members voted to pass it last December.

It is not clear whether the legislation will now be re-submitted to parliament, but the hostile conservative attitudes that led to it still persist.

Homosexuality is also illegal in Kenya, where same-sex acts can be punished by up to 14 years in prison, a holdover from British colonial legislation. But in practice, prosecutions of lesbian, gay, bisexual and transgender (LGBT) people are extremely rare.

Nairobi’s apparent reluctance to enforce the law has encouraged a small influx of Ugandans looking for somewhere to go to flee threats, violence, and the prospect of harsher legal penalties set out in the new law.

“I am in Kenya because here the law appears to be friendly, unlike in Uganda, where the government and the general public have become extremely hostile to gay people,” Moses, now living in the town of Busia just inside Kenya, told IWPR.

James, another man who has fled Uganda, told IWPR about the day members of his local community made threats against gay people living there, calling for them to be stoned to death.

“I saw them march towards my neighbour’s house [who is] also gay,” James told IWPR. “Sensing danger, I jumped through the fence and boarded a motorbike to Busia and then crossed over to Kenya.”

James says he knows nearly 30 other Ugandans who have made the trip.

Another man who has relocated to Kenya told IWPR he knew of more than 80 Ugandans now living in towns in western Kenya.

According to the United Nations refugee agency UNHCR, more than 100 Ugandans have applied for refugee status in Kenya on the basis of their sexuality.

Kenya and Uganda are among a number of countries in Africa which prohibit physical same-sex relations.

Rights activists in Africa this week urged United States president Barack Obama to discuss anti-gay discrimination when he meets more than 40 African leaders at an August 4-6 summit in Washington.

While Kenya is now viewed as a comparatively favourable place for members of the LGBT community as it has rejected calls to tighten its own laws, serious concerns remain around broader discrimination on the basis of sexuality in the country.

Neela Ghoshal, a Nairobi-based researcher on LGBT rights for Human Rights Watch told IWPR that after Uganda passed harsher legislation, it encouraged “a lot of homophobia” in Kenya.

One Kenyan parliamentarian called for tougher anti-gay laws, while the majority leader in the lower house likened the gay “threat” to that posed by terrorism.

However, the ruling Jubilee coalition rejected any change to the law, a move that was welcomed by advocacy groups.

“That was very encouraging that we do have allies in parliament, including the ruling coalition, who understand that this is not a priority for Kenya,” Ghoshal told IWPR.

Ghoshal believes the outlook in Kenya is much more positive than in Uganda.

“The political class in Kenya is quite a bit more progressive on sexuality, including homosexuality, than in Uganda,” she said. “So it would be quite difficult to get either [parliamentarians] or to get the average Kenyan to think this is an issue affecting Kenya and to worry about this.”

But despite an apparent reluctance within government to follow the hard-line example set by Uganda, there are still serious concerns about individual attacks and general discrimination.

Some say the Kenyan police, in particular, have a more aggressive stance on homosexuality in recent months as a result of the legal change in Uganda.

On July 6, police arrested more than 60 people at a gay-friendly nightspot in Nairobi.

According to a local advocacy group, a number of them were released on bail after being charged with being drunk and disorderly. Activists say this is a tactic the police sometimes employ since they find it hard to get evidence for formal charges under the law on homosexuality. This approach was confirmed by a police officer who spoke anonymously to IWPR.

LGBT activists fear the police are now more likely to target their community.

“Our community of LGBT has been growing since Uganda’s anti-homosexuality law was passed,” John, a gay activist in Nairobi, told IWPR. “With [LGBT] Ugandans coming in droves, my worry is that the [Kenyan] government is starting to be uneasy, and we have seen it raid some social and hang-out joints perceived to be frequented by gays and lesbians.”

Human rights advocates say that such fears are valid, and that police are unlikely to be sympathetic when LGBT people report threats or even attacks.

“Some of those concerns are violence from the communities, from private citizens, and the feeling that if you are an LGBT person and suffer violence and go to the police, the police are not going to give you a fair hearing,” Ghoshal said. “They are either going to respond in a homophobic way, or… suggest you brought this on yourself by flaunting your behaviour.”

Other areas in which discrimination is common include the health sector and the workplace.

“It’s a trend that is shaping in the country,” Christopher, who heads a gay advocacy group in Nairobi, told IWPR. “Many employers, particularly religious organisations, are using [sexual orientation] as a weapon because they are aware that LGBTI people cannot go to report to the police or take them to court due to fear of how to tell their story.”

“I got fired without any remuneration on the basis of my sexual orientation, and my [employer] told me he is very certain that I can take him nowhere,” he added.

He gave an example of a colleague who went for treatment for a sexually-transmitted disease.

“The nurse screamed and called the rest of [her colleagues] to come and see this strange phenomenon,” Christopher said. “That alone has since scared most [gay men] to access healthcare services, and as a result they even no longer want to test to know their HIV status.”

(The names of LGBT Ugandans and Kenyan activists have been changed for security reasons.)