Authorities struggle to bring prosecutions for what many still view as a legitimate cultural practice.

Authorities struggle to bring prosecutions for what many still view as a legitimate cultural practice. 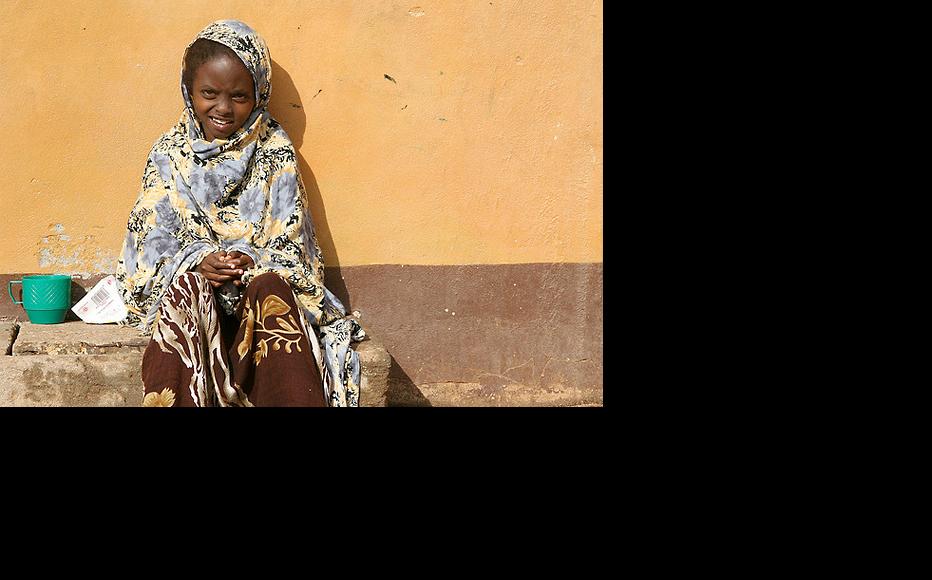 A young girl in Garissa, north eastern Kenya. She is one of 120 girls staying at a sanctuary for girls at risk of female genital mutilation. (Photo: Ann Weru/IRIN/Flickr)
The link has been copied

Nancy is a 12-year-old girl from Kenya’s Maasai community living in the western Rift Valley.

Earlier this month, she ran away from her family home in Kajiado County just before she was due to undergo female genital mutilation (FGM).

“Someone told us that our parents or circumcisers are not strong enough to run like young people,” Nancy said, speaking to IWPR shortly after her escape. “This is what I remembered and I realised neither my mum nor the circumciser would run as fast as I. That is when I ran through the bushes and they never found me.”

Nancy managed to get away and avoid the horrific – and wholly illegal – ordeal. But her 13-year-old cousin Elizabeth was not so fortunate. Earlier this month, her body was discovered in Karero, a village in Kajiado County, a day after she underwent FGM.

The procedure went wrong and Elizabeth bled to death. Her parents have been charged with her murder, but the person who actually carried out the operation is thought to have gone into hiding.

Although FGM is banned in Kenya, the authorities struggle to bring prosecutions against perpetrators.

FGM poses significant health risks beyond the psychological consequences of undergoing pain, trauma and mutilation. As well as the threat of infection, it also heightens dangers associated with childbirth such as haemorrhaging, and denies women their sexual rights.

The practice has been illegal in Kenya since 2001 under laws that prohibit customs harmful to children. In 2011, another law was passed that specifically criminalises FGM. Under this legislation, anyone who conducts FGM, who pays someone else to perform the practice either in Kenya or abroad, or who provides premises to carry it out, is guilty of an offence. Possession of instruments used in FGM is outlawed, as is failing to report the act.
Anyone convicted of these offences can go to prison for between three and seven years, and be fined 500,000 Kenyan shillings (6,000 US dollars). If a girl dies as result of FGM, those responsible can be convicted of murder.

But despite the law, FGM is still widely practiced in Kenya, particularly among pastoralist communities. Many view it as a precondition for marriage, with girls as young as ten being subjected to it before being married off.

A survey carried out before the 2011 law came into force showed that FGM was most prevalent among ethnic Somalis, a community where 98 per cent of women had undergone it, the Kisii (96 per cent), and the Maasai (73 per cent).

FGM is usually carried out in April, August and December when girls return home for the school holidays.

During a visit to Kajiado County in Kenya’s Rift Valley, where members of the Maasai and the Pokot communities still practice FGM, IWPR spoke to a Pokot woman who cuts local girls.

She was unapologetic about what she saw as a virtuous cultural practice.

“It reminds the girl that she has now become a woman,” the woman explained. “She can now be someone’s wife and she has to stop behaving like a girl. Some women still behave like girls even when they are old, because nothing was done to tell them things are changed.”

The woman said she had been cutting girls for the last 50 years. She charges about 150 shillings (two dollars) per operation, although sometimes she does it for nothing if parents cannot afford to pay.

“I feel bad to see girls not undergoing this rite done by our ancestors,” she said. “When we cut girls we also tame them to become good and also faithful to their husbands. A girl who is cut will not sleep with other men.”

The woman acknowledged that the practice is illegal, but insisted it was justified.

“If they arrest me, I don’t care because I know I have not committed an offence but in fact helped the society,” she said.

LACK OF EVIDENCE FOR PROSECUTIONS

The Kenyan authorities face a number of challenges in their efforts to combat FGM and bring offenders to justice. A reliance on young girls to report the crime, difficulties in gathering evidence, and the challenge of persuading witnesses to testify all hamper the process.

Statistics from a 2014 report on FGM by Kenya’s inspector general of police shows relatively few convictions. Between 2011 and 2014, a total of 71 cases were taken to court. Of those, only 16 resulted in convictions. There were 18 acquittals, four cases were withdrawn, and 33 are pending.

One key reason why cases fall down is lack of evidence. According to Christine Nanjala, head of the FGM unit in the office of the Director of Public Prosecutions (DPP), it is a huge challenge to collect sufficient proof for a conviction.

The girls themselves rarely flag up the practice as they are so young, they may not view FGM as a crime, and they do not want to see their parents get in trouble.

“This makes it a problem in getting evidence that can stand in court against them,” Peter Mwenda, deputy prosecution counsel for Kajiado County, said.
The traditional chief of an area called Narok, west of Nairobi, was recently charged for compelling his two daughters to undergo FGM. But according to the local authorities, the girls declined to record statements about the incident.

“The victims are warned by their parents not to pass any information about what happened or is to happen to them,” this year’s FGM report by the inspector general of police concluded.

In practice, whole communities protect those who conduct the operation, most of whom are paid for their services.

“Community leaders are not willing to give out information as most FGM is done secretly,” the inspector general’s report noted.
Even if victims of FGM do report it and agree to give evidence, they often fail to show up in court.

“Due to fear of intimidation, the complainant doesn’t appear and give evidence when called to do so,” the police report states.

Another challenge for police is that regions where FGM is commonest are typically so vast that police cannot respond promptly, and there may be few phones for people to call in and report crimes.

“To report the incident, someone has first to trek for hours to look for [a telephone] network to make a call and report,” Abdullahi Osman, a county official in Kajiado, told IWPR. “By the time we get there, they [circumcisers and the girls] have escaped immediately across the border or to far-off places, and it is very difficult to follow them up.”

The customs surrounding FGM are also changing. Previously, large celebrations were held before girls underwent FGM, which usually took place during the day.

“We no longer have the celebrations now,” Nanjala in the DPP’s office explained. “They do the cut at night. Some of them take the children across the border to Tanzania for the cut. In West Pokot, we have girls coming from Uganda to Kenya for the cut. The whole thing is changing with time.”

Although FGM is illegal in Uganda and Tanzania as well as Kenya, it is harder for national authorities to track down the culprits when they cross a border.

Once the girl heals after the cut, another ceremony is traditionally performed to mark the rite of passage. But now this too is done differently.

“The communities hold a ceremony but say that it is for the boy while in the real sense it is a ceremony for the girl,” Nanjala explained.

Some experts seeking to prevent FGM are calling for greater coordination between the different agencies involved.

Osman said Kenyan NGOs had failed to develop a physical presence in communities where the practice persists.

Meanwhile, Nanjala said that NGOs and the police, among others, needed to work more closely together to identify where FGM was taking place and who was responsible.

“NGOs are speaking [with] a different voice and the police are on a different page. There should be a focal point,” Nanjala said.

Others say community leaders are actively undermining the fight against FGM.

According to Lydia Legoina, who works with a local NGO in Kajiado, the continued popularity of the practice makes leaders reluctant to counter it. Some even hire lawyers on behalf of those who are prosecuted.

“Some leaders are afraid of telling their people to abandon the culture because they are afraid they will not get support during elections,” Legoina said. “The victims are compromised and the circumcisers are protected. The leaders are at the centre of protecting these crimes.”

(Some names in this article have been changed to protect identities.)