Fears that further delay could jeopardise witness safety, and the case itself. 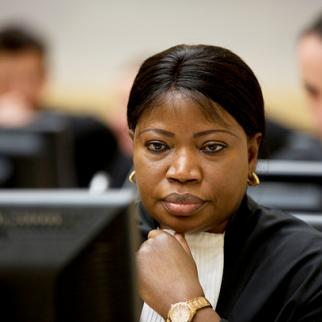 ICC Prosecutor Fatou Bensouda in Courtroom 1 of the International Criminal Court in The Hague. (Photo: ICC-CPI/Flickr) 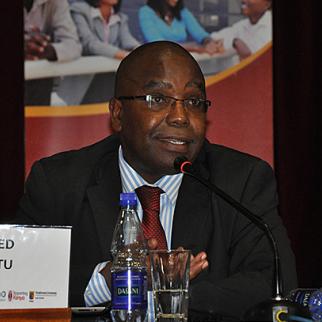 Wilfred Nderitu, the ICC legal representative for victims, speaking at IWPR&#039;s seminar in Nairobi on May 24. (Photo: Muthoni Njuki)

Fears that further delay could jeopardise witness safety, and the case itself. 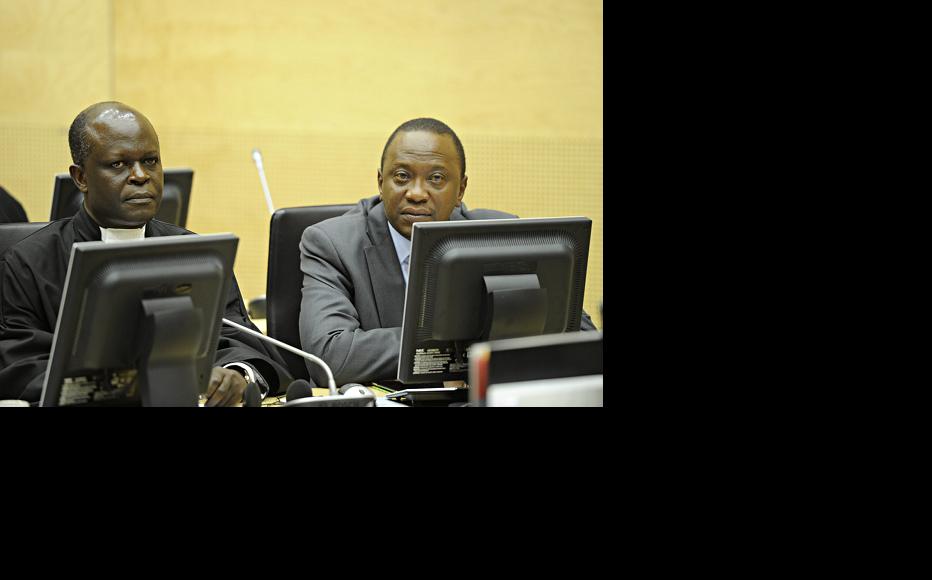 Uhuru Kenyatta at a confirmation of charges hearing at the International Criminal Court in The Hague on September 2011. (Photo by Paul Vreeker, courtesy of ICC-Flickr)
The link has been copied

Kenyans who suffered directly in the violence that hit their country in the aftermath of a general election in December 2007 have criticised the latest postponement of President Uhuru Kenyatta’s trial in The Hague.

Judges at the International Criminal Court, ICC, have put the start date back for a second time to allow Kenyatta’s lawyers enough time to prepare their case, following a succession of failures by prosecutors to disclose evidence punctually.

As well as Kenyatta, Kenya’s deputy president William Ruto is also to go on trial at the ICC. Ruto is charged with journalist Joshua Arap Sang in a case separate from that of Kenyatta, because they were on opposing sides during the conflict.

All three face charges of crimes against humanity for orchestrating the ethnic violence that followed the disputed result of the 2007 presidential election.

More than 1,100 people were killed and around 650,000 others lost their homes in the violence.

People living in Kenya’s Rift Valley region, which was at the epicentre of the unrest in late 2007 and early 2008, are worried that the latest postponement will endanger witnesses, and could derail proceedings altogether.

Some witnesses have informed the prosecution that they are afraid to testify against the suspects.

ICC Prosecutor Fatou Bensouda has repeatedly complained of interference in her work, and has criticised the Kenyan government for failing to take a stand against witness intimidation.

In March, Bensouda had to drop proceedings against a fourth suspect, Francis Muthaura, after a witness admitting being bribed. Muthaura, formerly head of the Kenyan civil service, had been charged in the same case as Kenyatta.

Maurice, a resident of the town of Nakuru in the Rift Valley, expressed concerns about the delay which are shared by many.

“It’s legal that the defence must be given more time to prepare, but judges should also be aware that the accused in this case is a sitting president capable of using his power to delay or even stop justice,” he said.

“These postponements continue to subject witnesses and victims to intimidation and undue pressure for withdrawal from the case. The prosecution may eventually lose all those willing to testify against the president and his deputy, due to mounting pressure and threats from some highly-placed quarters.”

Kenyatta and Ruto, who were elected president and deputy president in a March 4 election, have denied interfering with witnesses and have repeatedly pledged to cooperate fully with the ICC.

Kenyatta’s case was supposed to get under way on April 11 but judges delayed proceedings until July 9. In April, his lawyers told judges that the July 9 trial date was untenable, prompting the court to reconsider the start date again.

Defence lawyers argued that the trial should not start until January 2014 because they needed more time to investigate the allegations and the credibility of five prosecution witnesses whose identities and full testimonies had at that point not been disclosed to them.

They also raised concerns that the prosecution had failed to disclose what they said was “critical” evidence.

Prosecutors argued against such a lengthy postponement, pointing out that the defence had already benefited from the initial delay to July 9. They suggested that the trial start soon after the court’s recess, which ends in mid-August.

The prosecution also asked judges to consider the welfare of victims and witnesses in the case.

The legal representative of 231 victims in Kenyatta’s case, Fergal Gaynor, informed judges that of 51 victims who were consulted, 47 were opposed to any further postponement beyond July 9.

Gaynor said the victims felt “frustration at the slow pace of the proceedings, as well as scepticism regarding the defence's strategy in seeking an adjournment, and concerns as to their own security and the security of witnesses now that Kenyatta is in power”.

In their June 20 ruling, judges set November 12 as the new date, and agreed with Kenyatta’s lawyers on the need for a second delay because of “the volume of new evidence disclosed to the defence only in January 2013, and the delays in disclosing the identity of a significant proportion of the prosecution's witnesses”.

The judges considered setting the start date in early October, but scheduling clashes with other ICC cases and a lack of courtroom space led them to conclude that proceedings could not begin until November.

Despite the clear legal reasons for the delay, victims in Kenya fear that the judges are making too many concessions to efforts to delay the case, and ultimately to get it thrown out altogether.

Last month, the African Union sharply criticised the ICC and wrote to The Hague requesting that both cases – Kenyatta and Ruto/Sang – be sent back to Kenya to be dealt with by the courts there. That request came just two weeks after Kenya’s ambassador to the United Nations wrote to the Security Council asking it to get the two cases dropped completely.

“This government is clearly determined to do anything within its powers to abort the justice process,” Miriam, who lost her home in the electoral violence five years ago and still lives in the Naka displacement camp in the Rift Valley, told IWPR. “The court is more concerned about the reasons presented by the accused than the plight of victims in the twin criminal cases.”

Earlier this month, more than 90 victims represented in the case against Ruto and Sang pulled out of proceedings, claiming they were no longer confident that the process at the ICC was “beneficial” to them.

The latest trial delay has made victims even more doubtful that they will see justice done for the 2007-08 bloodshed.

“While it’s the right for the accused and victims [to obtain] equal justice, the president and his deputy should accept to face the trials and clear their names once and for all,” Chege, a father of three at Naka camp, told IWPR.