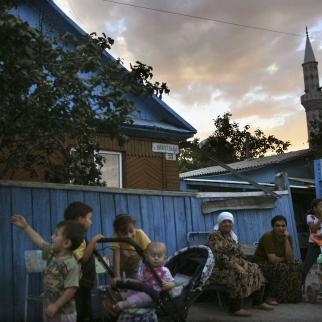 Household chores and childcare are still very much considered to be women’s duties in Kazakstan and many have found it impossible to balance work and childcare responsibilities during the pandemic. © Uriel Sinai/Getty Images

Kazakstan: The Invisible Burden of Lockdown

From household tasks to labour rights, the pandemic has aggravated endemic gender inequality. 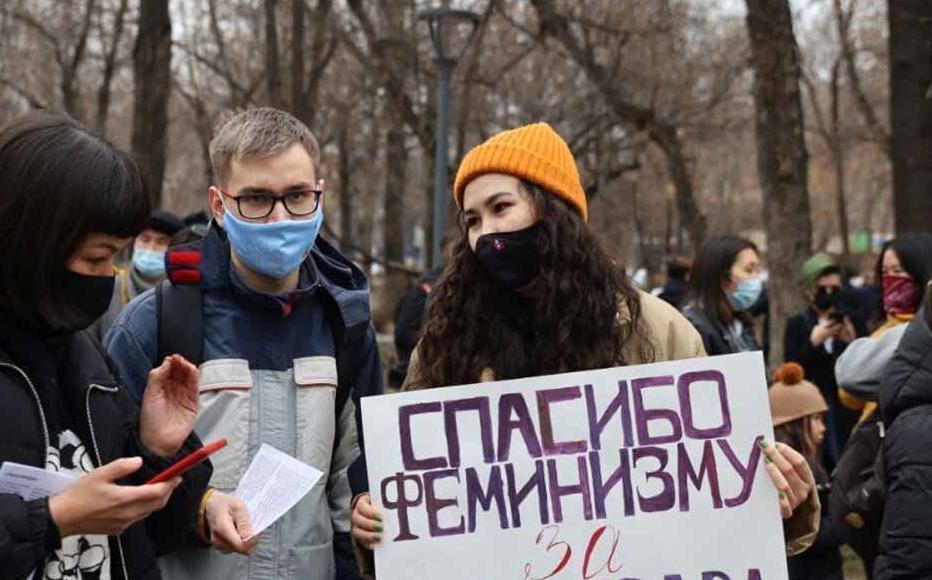 A woman holds a sign that reads, "Thanks feminism for my rights." 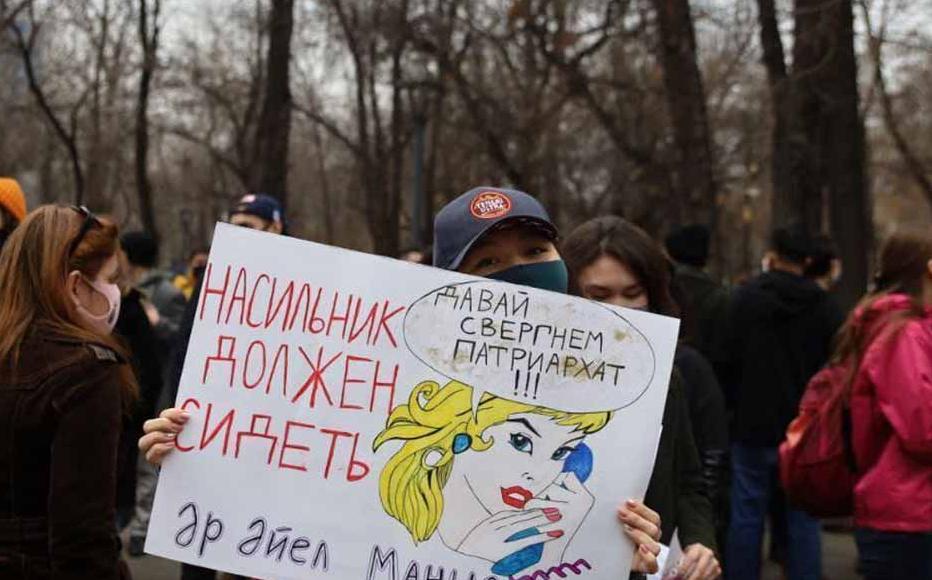 "Abusers should be in jail - let's overthrow the patriarchy." 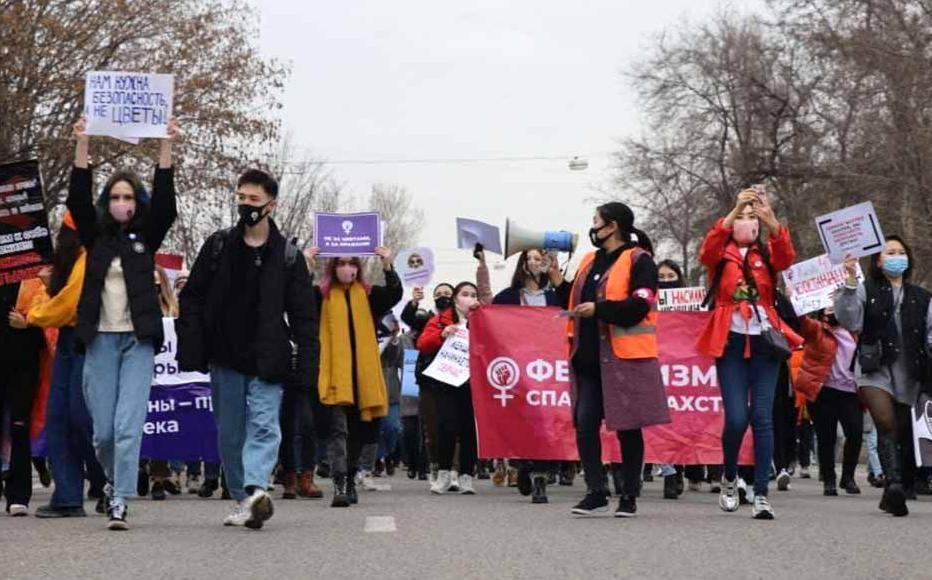 A March 8 women's march has become highly symbolic for Kazak feminist activists.
The link has been copied

Campaigners in Kazakstan have hailed the official approval to hold a small International Women’s Day rally on March 8 as a partial victory.

It is only the second time that the city authorities have allowed such an event to take place – but even after months of lobbying, the event must remain static and limited to less than 1,000 people.

Feminist activists note that it took months of lobbying and repeated refusals by the city authorities to even get this far. A November 2021 application, for instance, was rejected on the grounds that all potential venues across the city were already booked for March 8. A February 2022 request was turned down due to supposed repair and installation work on the streets. The Kazak authorities have never been supportive of grassroots feminist activism, , with peaceful rallies and pickets in support of women’s rights usually result in fines and arrests.

“Our organisation has been trying to hold a peaceful rally since 2017. However, the authorities gave permission for the first time only in 2021,” said Gulzada Serzhan, one of the founders of the Feminita feminist initiative.

Their first attempt in 2017 was held without permission and only about 20 people participated. In 2018, their application to hold a Woman’s Day event was rejected, and in 2019, an unauthorised march was dispersed by the police.

In 2020, Feminita’s application to hold a gathering was also rejected, and their subsequent unauthorised event broken up by police.

Two participants - Fariza Ospan and Irina Pukhnatova - were detained and fined for petty hooliganism and violating the procedure for organising an assembly.

That same year, however, the Kazak authorities adopted new legislation that made it easier to hold peaceful public rallies, and the women's march went ahead for the first time in 2021.

Between 500 and 1,000 people took part, walking some five kilometres through the city.

However, this does not appear to have signalled a sea change on the authorities’ attitude towards feminist activism.At the end of May 2021, Serzhan and her Feminista co-founder Zhanar Serkebayeva were detained in Shymkent after they tried to hold a meeting about women's rights with residents. In July, a similar event in Karaganda was disrupted by the local authorities and organisers and participants were detained by the police.

Nonetheless, holding a rally on International Women's Day has become a highly symbolic annual tradition for the feminist movement in Kazakstan.

This year’s theme will be the under-representation of women in political life. In 2020, Kazakstan adopted a 30 per cent quota for women and youth in electoral lists, but this has not yet been reached.

Women also face exclusion from other public and economic spheres. According to the World Economic Forum, Kazakstan fell 28 points in the Gender Gap Index between 2017 to 2021, dropping from 52 to 80.

Political scientist Kazbek Maygeldinov noted that although 44.2 per cent of small and medium-sized enterprises in Kazakstan were headed by women, they only made up 4.2 per cent of the heads of large corporations.

“The gender income gap is 33 per cent,” he continued. “Women usually work as an addition to men and at lower levels of the hierarchy.”

As in some other countries of Central Asia, Kazakstan still has a list of 299 professions prohibited for women.

“There are many restrictions for women in Kazakstan,” continued Serzhan. “For example, in the country, women with disabilities can be sterilized and their reproductive rights violated without their consent. It goes without saying there are many problems; it is imperative to pay attention to them.”

The coronavirus pandemic and related restrictions have further exacerbated gender violence. In the first eight months of 2021, police in Kazakstan received 130,000 complaints of domestic violence, but there were only 2,500 prosecutions.

Those backing the March 8 Almaty rally believe that holding such public events is key to publicising and working to resolve these issues.

“Of course, we cannot improve the situation of women with one or more rallies,” Serkebayeva said. “But we will not stop at one rally. We will not stop until women's rights improve. In the future, we will hold rallies and marches not only in Almaty, but also in other parts of Kazakhstan.”

“Women's activism is not a struggle for power, but a struggle for life,” Toregozhina continued. “We are all different. But we are united by the desire for justice, equality, and freedom.”