Border changes and simmering tensions leaves those continuing to document life in the region under threat.

Border changes and simmering tensions leaves those continuing to document life in the region under threat. 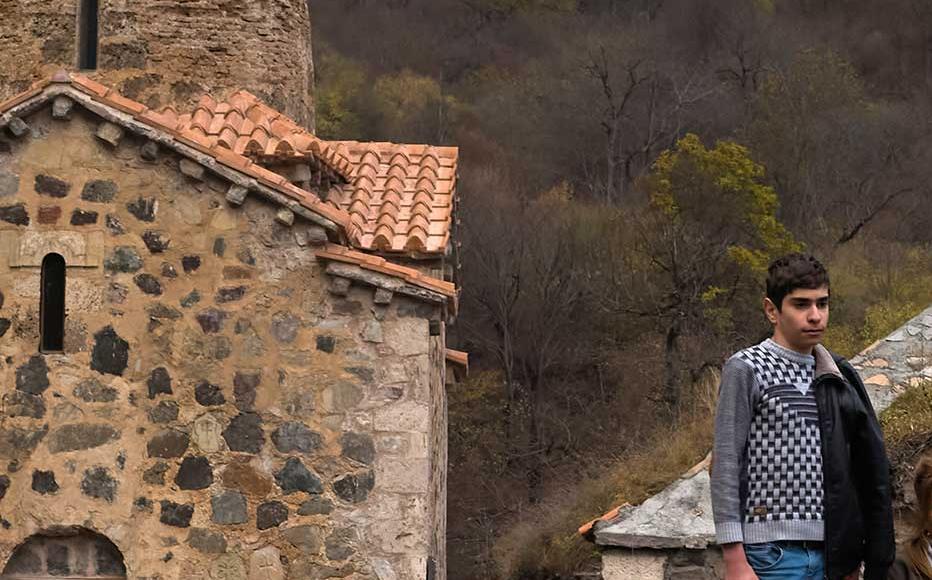 Ethnic Armenians living in the Karvachar district of Nagorno-Karabakh said goodbye to their homes after the land had been ceded by Armenia to Azerbaijan as per a peace agreement made between the two countries on November 9 2020. © Alex McBride/Getty Images
The link has been copied

Journalists covering Karabakh say that although the war is over, the territory continues to be a dangerous place for the media.

Armenia returned seven regions occupied during the 1990s to Azerbaijani control as part of the ceasefire agreement that ended the 44-day war between Armenia and Azerbaijan on November 9.

Photo journalist Vaghinak Gazaryan said that these border changes meant that he no could no longer trust satellite maps while travelling in Karabakh.

“Some villages that once were located deep in the rear are now adjacent to the border,” he said. “In some villages the farming plots were handed over to the enemy, not to mention the pathways and dirt roads. I am very careful while I am getting around; I mainly ask the locals for the direction or try to figure it out myself.”

Gazaryan’s photo of a resting soldier, taken during the recent war, won third prize in the World Press Photo Prize in the Contemporary Issues/Single Pictures category. He said that it had been particularly emotional for him to cover events immediately after the ceasefire was signed. In many villages, Armenians set fire to their houses rather than hand them over to Azerbaijan.

“Karvachar, Nor Maraga, Nor Aikadzhur - these villages were ceded to Azerbaijan after the armistice,” Ghazaryan continued. “I noticed that anger flared at the moments when people left their homes, so I tried to be sensitive and not to hurt them more… But we had to do our job, this will become history tomorrow and we needed to document it.”

Ghazaryan said that since the end of the war he had been documenting the lives of those in villages that had turned into border settlements. Although fewer journalists were visiting Karabakh now than during the fighting, he continued, it was vital to record the aftermath of active conflict.

“I believe that our work is especially important now – to show how these people live in such conditions. Part of the land, farms went to the enemy, and people have to overcome serious economic problems. Our presence, in some way, might mean that they are not forgotten, that someone cares, and maybe this can change something in their lives. They feel more important and appreciated,” Ghazaryan said, adding that he nonetheless still felt traumatised by the fear he felt during the war.

“This is why our profession is so special,” he said. “It is up to you to decide - to go or to stay. But there is some inner call telling you to go, something is pulling you and you go. You go there, cover the stories and tell others about the lives of the people who have been through so much.”

Armine Gevorgyan, a reporter for Armenian Public Radio, has also continued to visit Karabakh, but only after establishing contacts with local journalists who help her navigate the area.

“You forget about fear and anxiety; you want to get to Artsakh [the Armenian name for Karabakh] as soon as possible and see what is happening on the border and make reports. When we left the village of Tegh in the Goris region and met the first peacekeeper, I felt sad, and when we approached the villages of Shosh in Shusha and Taghavard in Martuni, this feeling was overwhelming,” she said.

Gevorgyan said that she had been struck by how the village of Taghavard had been divided, describing it as a peninsula surrounded by Azerbaijani flags on three sides.

“We were working on our report in the street, and we could see the enemy’s positions and flags. Anxiety, of course, never leaves you, because you are not sure that you will not be targeted. But if you are scared, it is impossible to work.”

It had been particularly disconcerting to travel along roads used by Azerbaijani and Armenian traffic alike, she continued.

“It was a little uncomfortable because some incidents have happened before,” she said. “We just quickly overtook the [Azerbaijani] convoy. Of course, they were accompanied by peacekeepers, but it was in their presence that Armenian vehicles were fired at last time,” she said.

At least a dozen journalists were injured, some seriously, during last year’s fighting, including several incidents in which they seemed to be purposefully targeted.

Tsovinar Baghdasaryan, a reporter from Artsakh Public Television, said that the major threat to journalists now working in the territory was the lack of delineation between territory controlled by Armenia or Azerbaijan.

“Many villages are occupied, but there are no signs,” she continued, singling out one village, Aknaghbyur in Martuni, now under Azerbaijani control.

“But there is still a sign on the right side of the road with the Armenian name on it and there is no sign prohibiting entry. Some random people, including journalists, might think that the village is on our side, when in fact it is controlled by Azerbaijanis.”

Baghdasaryan said that the situation still felt extremely fragile, recalling a recent incident on April 11 of Azerbaijanis fire on the village of Sarushen, now located on the border.

“People in the villages live in fear,” she said. “Psychologically, it is very difficult to see the enemy's flag from your own window, every day and every hour. There is no certainty, but we have to work. There is nowhere else to go.”