Karabakh Should Be On Europe's Agenda

Engagement has focused more on economic cooperation than conflict resolution.

Karabakh Should Be On Europe's Agenda

Engagement has focused more on economic cooperation than conflict resolution. 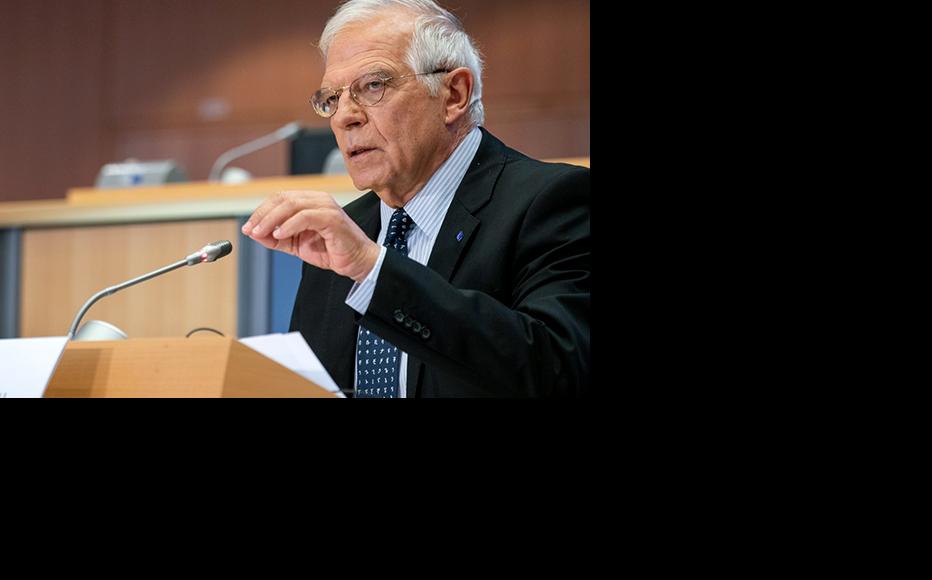 EU High Representative Josep Borrell during a statement on the Karabakh ceasefire's importance. (Photo: EU Press office)
The link has been copied

Europe needs to care about Nagorny Karabkah. But so far, the EU’s engagement has tended to be more in the field of economic cooperation than conflict resolution.

Although the countries of the EU border the Caucasus and have key energy and trade interests there, it has held back from playing a major role in efforts to find a negotiated solution. In other parts of the region, for instance in Georgia, there has been more engagement.

Four months after the first ceasefire in Nagorny Karabakh was agreed in May 1994, Azerbaijan signed its largest-ever contract with US and Western oil companies. This went on to form the basis of its economy; Azerbaijan’s rich energy resources made it an interesting partner for Europe, as well as its location at the crossroads of regional transport and communication lines.

In the following years, both Azerbaijan and Armenia signed further documents with the EU on trade, legislation and culture as part of a general arranegment with former Soviet republics. In the early 90s, for instance, the European Union’s Technical Assistance to the CIS (TACIS) programme opened up opportunities for the delivery of technical and food assistance to Azerbaijan.

The issue of Karabakh was not a key priority, but was formalised in the Action Plan approved following Azerbaijan’s accession to the European Neighbourhood Policy in 2004.

According to this, the EU would provide political support to the OSCE Minsk Group's efforts to resolve the conflict. Its own contribution would be to focus on establishing political dialogue and promoting confidence-building. From 2006 it funded The European Partnership for the Peaceful Settlement of the Conflict over Nagorno-Karabakh to support civil society initiatives, with participation from all sides.

In addition, the EU Special Representative for the South Caucasus continued to have a role supporting the mediation mission of the OSCE Minsk Group, regularly consulting with officials and civil society activists during visits to the region.

And as of 2009, both Azerbaijan and Armenia joined the Eastern Partnership programme.

Azerbaijan’s territorial integrity and the fact that Karabakh is such a key domestic issue have been a central political theme in its negotiations with the EU. For instance, it did not allow the Armenian side to call for the recognition of the de jure Karabakh government as a party to negotiations at events in Europe.

Azerbaijan has repeatedly proposed renewing the composition of the Minsk Group and replacing France with Germany. Knowing that France has the largest Armenian community in the EU, Baku was clearly concerned that this would influence its mediation activities.

The EU continued a cautious policy over Karabakh. When the enlarged and comprehensive cooperation agreement was signed between the Council of the European Union and Armenia on November 24, 2017, it became clear that the EU based its cooperation strategy on this sensitive approach to Karabakh.

For all that sensitivity, the most recent conflict has made these efforts irrelevant. The bloody military operations which engulfed Karabakh on September 27 left very little space for diplomats and mediators.

The Minsk Group proved indecisive, while US president Donald Trump's statement that he would deploy Scandinavian peacekeepers to Karabakh was not taken seriously

Russia, having presided over the November 10 ceasefire which ended the most recent military operations, deployed its own peacekeepers in Karabakh without taking into account the will of the Minsk Group.

It would be a serious mistake to allow Russia to unilaterally manage the negotiation process here. Regardless of the stage of military operations a negotiated settlement to the conflict is still needed.

The main mediator in the negotiation process must be the Minsk Group, whose mandate is recognised by the EU.

To balance Russia's return to the region, expanding cooperation with the EU would be the right political line for both Armenia and Azerbaijan to pursue. And the EU can do more to incentivise both parties.

Regional economic cooperation will only increase with stability. It is inevitable that this cooperation will affect both the Armenian and Azerbaijani economies, and that the EU will join in the restoration of these relations.

Avaz Hasanov is chairman of the Humanitarian Research Public Union, an independent think tank in Baku.

Giving Voice, Driving Change - from the Borderland to the Steppes
Armenia, Azerbaijan, Karabakh
Diplomacy, Conflict resolution, Economy
Connect with us