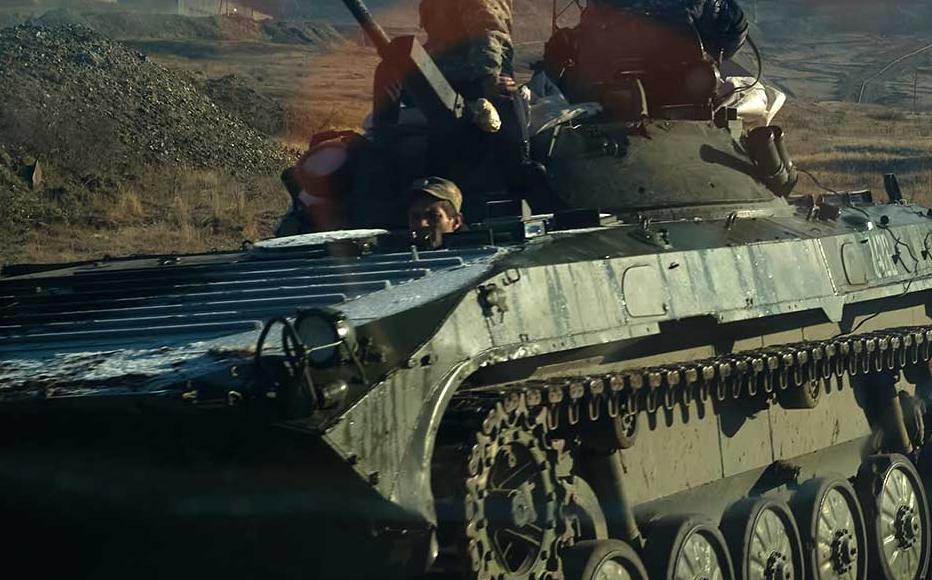 Armenian tanks leave Nagorny Karabakh following the end of the war with Azerbaijan on November 12, 2020. © Alex McBride/Getty Images
The link has been copied

A Council of Europe report on the humanitarian consequences of last year’s Nagorny Karabakh war has called for international organisations and the media to have “unimpeded access” to the territory. The council also said it was “appalled” by the conflict’s death toll, which included over 3,900 Armenian and 2,900 Azerbaijani military personnel killed or missing. It called for all remaining captives to be released and condemned the damage and destruction to cultural heritage on both sides. Paul Gavan, an Irish member of the parliament and the document’s rapporteur, described the challenges in researching the report and outlined potential next steps.

IWPR: The Assembly calls on both sides to provide the international community with access to Nagorny Karabakh. Why is this so crucial and what role can it play post war?

Paul Gavan: I think it is important to recognise that the people of Nagorny Karabakh do feel abandoned by the international community. The most frustrating thing about writing the report was that I could not access Karabakh. I do believe that international community can do more, and we have to gain access. Real pressure has to be increased to ensure that we have proper access, not just the Red Cross, not just the Russians, that we have proper access for humanitarian organisations like the Council of Europe, like the UN so that we can help people on the ground, and of course see what is actually happening.

I was hoping that I would be able to get access from one side and leave from the other, but I have no cooperation from either side basically. In Armenia they told me to go via the Lachin corridor, but I can’t do that, because no international organisation recognises that as a legitimate way to go. I tried to find a compromise, and I have not got that from either side. The report would benefit hugely for me if I could have been there in Karabakh, it is a weaker report because I was not there.

You recognised in the document the existential threat that Armenians feel living in Karabakh. Many are already leaving; what should be done to prevent this depopulation and exodus of Armenians?

It should not be happening, I agree with you. People have the right to live in their homeland. It applies equally, by the way, to Azerbaijanis. That is why one of the important points I make is that we need to see -at least in the short term - some kind of demilitarised zone operating across that border, particularly across Karabakh, to try to give some level of reassurance to the people living there.

You were critical about atrocities on both sides. What was the most worrying violence in your mind?

I singled out the trophy park [a park in Baku displaying militaries trophies from the 2020 war], and when I met a senior aide to President [Ilham] Aliev, I said exactly the same to him - that the Baku trophy park sends all the wrong messages. I am very clear in relation to that. There has to be the means of moving forward here, and what I was trying to do in my report is to suggest concrete actions that could help. I mentioned prisoner release, mine maps… those  mine maps have to be released, and to be honest I don’t believe that Armenia does not have any more to hand over. The issue of border tension is the one that worries me most, and I think the idea to demilitarise the zone around the border is something that both sides and indeed the international community should work towards.

I also singled out the fact that Council of Europe bodies have highlighted in particular the problems of hate speech in Azerbaijan. There are problems on both sides and I have got a huge dossier from the Azeris in relation to hate speech episodes on the Armenian side in social media. Awful stuff, but I think the difference is it seems to be tolerated, and at some degree, propagated at state level in Azerbaijan, and this… has to be called out.

Many in Armenia were disturbed with an amendment which added the Azerbaijani name Ghazanchi to the description of the Armenian Ghazanchetsots church in Shushi. How does this comply with your previous references to cultural heritage?

When I was referring to areas I would use both Armenian and Azerbaijan [terms], I am not replacing one with the other, I would say Stepanakert/Khankendi. You know how important language is, and I am going to unintentionally offend someone every time. The simple reason I adopted this amendment was not to replace the name, but to say, here is how the Armenians are calling it, and here is how the Azerbaijanis are calling it.

My point is to try to be as inclusive in the report as I can, I am not suggesting that one name is better than the other...Who I am to say that he is wrong and somebody else is right? My job here is not to judge, but simply to be inclusive.

The resolution seems to believe that there might be an opening of trade corridors. How is it possible, considering the recent war and the involvement of Turkey, which is a clear reminder for Armenians of the 1915 genocide?

I can understand why would you say that. In the report I clearly said that Turkey had a role, I clearly called out that they were involved in recruiting mercenaries, so I have no illusions about the challenges that Armenia face in that respect.

It strikes me that ultimately Armenia and Azerbaijan are going to  have to work things out as neighbours. And I would have thought trade might not be a bad way to start. Our peace process in Northern Ireland did not start until there was dialogue, and you won’t convince me that there are not some people of goodwill on the other side.