Prospect of aid is welcomed, but those who suffered wonder why it has taken so long to begin assessing their needs.

Prospect of aid is welcomed, but those who suffered wonder why it has taken so long to begin assessing their needs. 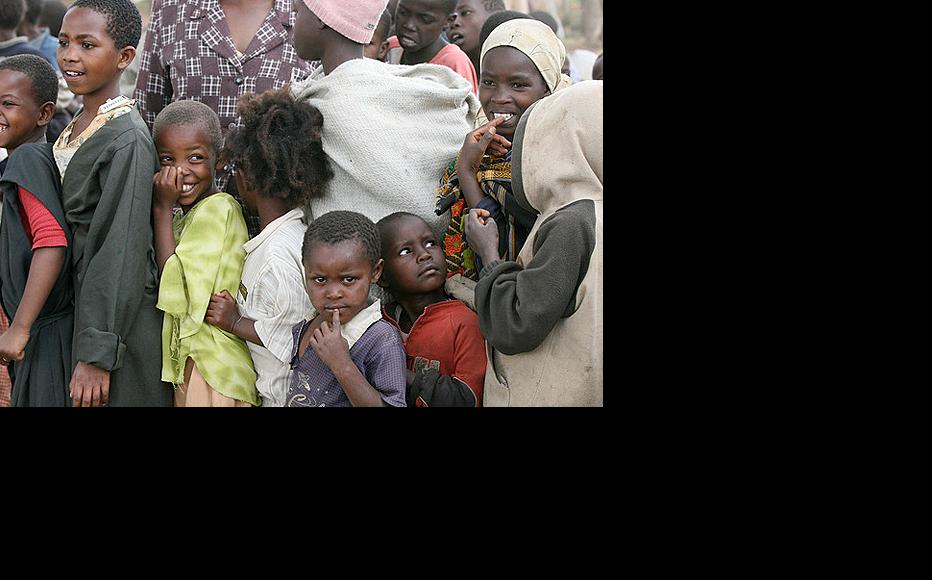 Kenyans displaced by the 2007-08 unrest at Shalom City, a camp on the outskirts of Naivasha. (Photo: Mothers Fighting For Others/Flickr)
The link has been copied

Victims of the violence that hit Kenya more than six years ago have criticised a specialised department of the International Criminal Court (ICC) for not yet providing them with any assistance.

The court’s Trust Fund for Victims (TFV) has a mandate to give humanitarian support to people who suffer from crimes committed within the ICC’s jurisdiction and which are being investigated by the Office of the Prosecutor (OTP).

But the TFV only announced last month that it intended to send a fact-finding mission to Kenya either this year or next to assess whether it would support projects there.

Kenya’s president, Uhuru Kenyatta is facing trial at the ICC on charges of orchestrating the violence. Deputy President William Ruto is already on trial there alongside former broadcaster Joshua Arap Sang.

More than 1,100 people died and 650,000 were displaced by fighting that erupted after a disputed presidential election result in December 2007, and soon took on an ethnic dimension.

The Ruto/Sang trial got under way in September. Kenyatta’s is slated for October although prosecutors are currently searching for more evidence in order to send the case for trial.

Under the ICC’s founding treaty, the Rome Statute, the TFV can provide two types of support to victims – the payment of reparations to individuals following the conviction of an individual who perpetrated crimes against them; and humanitarian projects to provide physical or psychological rehabilitation and broader engagement to help victims recover from the effects of crimes.

The TFV has been providing this kind of support to victims in Uganda and the eastern Democratic Republic of Congo since 2007.

While the TFV is mandated to assist victims, it is not obliged to do so. In Kenya, it is the government which has the primary duty to support those who suffered during the violence of late 2007 and early 2008.

Last month, the TFV announced that delegates were preparing to visit Kenya.

“Assessment missions to Kenya and Cote d‘Ivoire are foreseen in 2014-15, with the exact time schedule yet to be determined,” the TFV’s board announced in a press release on May 20.

The executive director of the TFV, Pieter de Baan, told IWPR that the visit to Kenya would focus on assessing the scale of suffering caused by the violence.

He declined to explain why the TFV had not come to Kenya early.

“The rationale of an injury assessment is to examine and analyse the specific characteristics and consequent harm within the situation before the court,” he said.

He warned that he could not yet determine the amount of assistance – if any – that the TFV would provide, but said that any potential projects within Kenya would be designed to suit the needs of the particular situation.

“Interventions are engineered specifically and adapted to the context in which the projects will be implemented,” de Baan said.

Some victims of the electoral violence in Kenya welcomed the announcement, while criticising the TFV for its lack of previous engagement.

Miriam lives in the Uasin Gishu area of Kenya’s Rift Valley province, which was badly hit by the unrest. Her husband was killed in the violence, and she is glad the TFV is finally taking action.

“This is good news to hear, and I wish they could have come earlier than now,” Miriam told IWPR. “We have had very difficult moments, to a point where you wonder if there was someone who really cared at all about us. We welcome these efforts and hope it will be able to save us from a cycle of poverty.”

Others are less optimistic about what the TFV can hope to achieve.

Benson lost his wife when the Kiambaa church near Eldoret was burned down on New Year’s Day 2008. More than 30 people died in that attack.

He believes the TFV will arrive in Kenya too late, at a point when many victims have given up hope of their lives ever returning to normal.

“I wonder what form of compensation could get us back on our feet,” Benson told IWPR. “I lost the mother of my two children and they have suffered a lot since then, and while it’s good that finally the TFV is visiting our country, it would not make much sense to me six years down the line.

“TFV coming to Kenya is a positive move but the question is, where have they been all these years?” he said. “If it’s a fund meant to assist victims’ lives and communities in which these crimes took place, then it is supposed to be immediately when they are still wounded.”

Others have also voiced concern at the TFV’s slow response.

Wilfred Nderitu, the lawyer who represents victims in the case against Ruto and Sang, said last month that his clients felt the Trust Fund had ignored them.

The ICC’s founding agreement, the Rome Statute, gives those victims who suffered harm as a direct consequence of the specific crimes with which suspects are charged a voice at the court, either in person or through a legal representative.

“Some [victims] expressed frustration that the Trust Fund for Victims has yet to take action in Kenya and that those most in need of immediate assistance may suffer irreparable harm in the period between now and the conclusion of the case,” Nderitu told judges, noting that his clients were still living in poverty six years after the violence.

The TFV’s humanitarian projects would potentially help a wider group of victims, including those who suffered from the conflict in general rather than the specific crimes the defendants are charged with.

International rights groups have also criticised the TFV for the delay.

“It is late, and it is unfortunate that the Trust Fund has not been able to be active at an earlier point across all of the ICC situations,” Elizabeth Evenson, senior counsel for the international justice programme at the New York-based Human Rights Watch said. “It is important that the Trust Fund continue to expand its ability to deal with more situations simultaneously.”

De Baan made it clear there was no guarantee the TFV would actually fund any projects in Kenya.

“Assessment is needed to determine whether or not the TFV should conduct assistance projects to benefit victims of crimes within the jurisdiction of the ICC,” he said.

De Baan declined to give an expected timeframe for the assessment, but noted that the findings would then be submitted to the TFV’s board of directors for them to decide on. After that, it will, he said, the findings would have to get the approval of the court’s judges, so that they could “determine whether or not the proposed projects would interfere with a legal issue before court or hinder the rights of the accused”.

One reason experts have given for the TFV not acting earlier has been that its work in Kenya could prejudice the trials of those charged in The Hague. (See ICC in Kenyan Victims Assistance Dilemma.) Another, some argue, is that the TFV has until now lacked the funds to take on more projects.

Nonetheless, legal experts say the TFV’s move should be saluted, even though it has come so late.

George Kegoro, executive director of the Kenya section of the International Commission of Jurists, said that further engagement with the ICC was welcome, particularly in light of the myriad challenges the court has faced in bringing prosecutions, as well as Nairobi’s opposition to its work.

“I think TFV should visit the country,” he said. “The visit represents hope that the ICC has for the cases despite the challenges they have experienced in court. The visit can also, hopefully, serve to maintain the agenda for victims in the public discourse in Kenya, and also to challenge the Kenyan government to do something of its own for victims.”