High-profile failure exposes weaknesses in the way the court runs investigations, but also a lack of international resolve to make it work.

High-profile failure exposes weaknesses in the way the court runs investigations, but also a lack of international resolve to make it work. 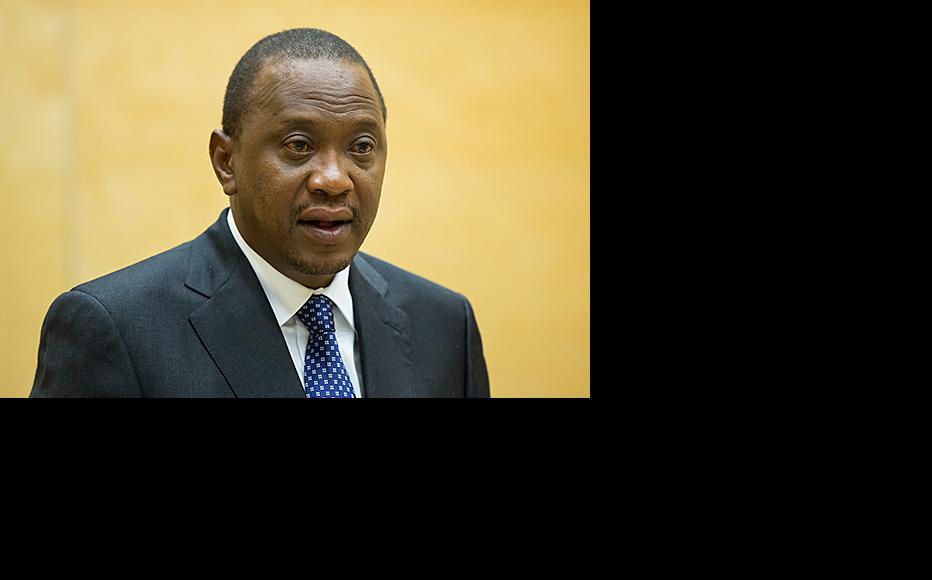 Kenyatta appeared before the ICC's judges in October 2014.The court's prosecutor has been unable to secure sufficient evidence to put Kenya's president on trial. (Photo: ICC-CPI/Flickr)
The link has been copied

The prosecutor at the International Criminal Court (ICC) has been forced to drop charges against Kenyan president Uhuru Kenyatta after judges rejected her request to adjourn proceedings indefinitely.

The collapse of this case, the first in which a sitting head of state has come close to trial, came as governments that have signed up to the ICC prepared for their annual meeting. The grouping, known as the Assembly of States Parties (ASP), gathers in New York on December 8.

The start date for the trial had been postponed repeatedly as prosecutors tried to gather enough evidence since naming Kenyatta as a suspect in December 2010.

“The evidence has not improved to such an extent that Mr Kenyata’s alleged criminal responsibility can be proven beyond reasonable doubt,” Fatou Bensouda informed judges in a written submission on December 5 as she withdrew her case.

In September, Bensouda asked the three-judge bench to further postpone proceedings until the Kenyan government handed over key evidence and she was able to mount a strong enough case. (See ICC Prosecutor Wants More Time to Get Kenyatta Evidence.)

But on December 3, judges ruled against delaying the case again and gave Bensouda a week to indicate whether she was ready to go to trial or was prepared to drop charges.

Kenyatta was charged with orchestrating widespread bloodshed that followed a disputed presidential election result in December 2007. At least 1,100 people died and 650,000 others were forced from their homes amid scenes of brutal violence.

Prosecutors accused Kenyatta of being an indirect co-perpetrator, responsible for five counts of crimes against humanity including murder, persecution, forcible population transfer and rape.

Kenyatta was elected president in March 2013 with William Ruto as deputy president.

At the time of the 2007-08 violence, Ruto was on the opposite side of the political divide from Kenyatta. He faces similar charges at the ICC, and is standing trial in a separate case alongside former radio broadcaster Joshua Arap Sang.

In a separate ruling issued this week, judges turned down Bensouda’s request to make a finding of non-cooperation against the Kenyan government and report it to the ASP.

Bensouda had argued that the Kenyan authorities had failed to abide by their obligations under the court’s founding treaty, the Rome Statute, to supply her office with essential evidence.

ICC judges ruled out referring the matter to the ASP, citing the uncertainty of the prosecution’s overall case and the potential for further delay caused by such action.

Prosecutors had earlier admitted that even if Nairobi met their requests for evidence, there was no guarantee this would make their case strong enough to bring it to trial.

The withdrawal of charges against Kenyatta is a massive blow to the ICC and to its ability to hold to account those accused of the most serious crimes, regardless of their political status.

The court has come in for repeated criticism as the Kenyatta case has unravelled over recent months.

Experts on international justice say several aspects of the ICC’s work need to change if future efforts to prosecute powerful leaders are to be successful.

The Office of the Prosecutor (OTP) has attracted a lot of criticism for the handling of cases over the years. Experts with whom IWPR has spoken largely agree that the OTP has to shoulder much of the blame for the collapse of the Kenyatta case.

Prosecutors have repeatedly cited harassment of its witnesses, the recanting of testimony and sustained obstruction by the Kenyan government as factors that have undermined their investigations.

Dr Mark Kersten, a researcher at the London School of Economics and author of the Justice in Conflict blog, told IWPR that the OTP “lacked foresight” and should have built a stronger case from the beginning.

“You are going after powerful political people and you therefore need to have a much stronger base of evidence and witnesses, so in the event that some witnesses recant, you have other witnesses to call on,” he said. “You take extra leaps and bounds to ensure a better case.”

This week’s decision will not have come as a surprise to the OTP, which released a new investigative strategy a year ago designed to address many of the weaknesses exposed by this and other cases. The strategy sets out new procedures to ensure that cases are ready for trial earlier on in the process, and that OTP investigators corroborate evidence much more effectively. (See ICC to Unveil New Investigation Strategy.)

There are still questions about how effective the OTP’s blueprint for reform will be. Phil Clark, an expert on international justice at London’s School of Oriental and African Studies (SOAS), believes the OTP is still too hesitant about finding and using local expertise to inform its investigations. He also points to the OTP’s reliance on small teams of investigators who – largely because of inadequate funding – spend only short periods of time on the ground. This curtails their ability to build robust cases.

“This means that we’re going to continue to see very superficial investigations that lack a certain political savviness, [and] that would enable OTP to gather the evidence, find and protect witnesses, and ultimately to build these cases in such a way that they would stand up in the courtroom,” Clark said.

The collapse of the Kenyatta case raises broader questions about the ICC’s ability to prosecute powerful leaders, and to navigate through the inevitable political storms that will follow.

The case shows how reluctant ICC signatory states can be to provide the political and financial backing the court needs.

Year after year, the ASP has baulked at approving a rise in the court’s annual budget, despite substantial increases in the ICC’s workload and geographic scope. This raises questions about how committed the ICC’s backers are to the cause of international justice. (See also ICC Secures Budget Increase .)

Over the last two years, many ASP members have shown themselves sympathetic to the views of the Kenyan government and some others in Africa, which have opposed the trial of Kenyatta and, by extension, any other incumbent state officials. A year ago, the ASP bowed to this pressure and amended the ICC’s rules to enable judges to allow indicted senior public officials to be absent from trial in The Hague.

Many governments have felt a need to placate Kenya and other African Union members, not only because some of them have threatened to withdraw from the ICC, but also because of broader interests.

Powerful players like the United States, which is not an ICC signatory, and Britain, which is, have security and economic interests in East Africa that they are reluctant to jeopardise for the sake of the ICC process.

“No Western state has set itself up as backing international justice in Kenya,” Kersten said. “No state has pushed it. They have been silent on the matter.”

In such an environment, if ICC judges had referred the Kenyan government to the ASP for non-compliance, the move would probably not have had much effect.

In the event, they did not do so, despite finding the Kenyan authorities at fault for failing to cooperate with the OTP’s requests for information to the extent that they “reached the threshold of non-compliance”.

Judges explained that their decision not to take the matter to the ASP was because “such a referral might result in further uncertainty and potential delay”.

Kevin Heller, a principal fellow at Melbourne Law School and professor of criminal law at SOAS, said there was an “air of unreality” about this “baffling” decision.

“If they are not going to use what little remedy they have available to them, how is the trial chamber going to ensure that governments cooperate with the court’s investigations?” he asked.

The ICC relies on political support from ASP members for all its functions, for example securing government cooperation in arresting suspects, facilitating evidence-gathering, and protecting witnesses.

Heller warns that if ASP members remain unwilling to provide adequate levels of political and diplomatic support, the ICC’s fate could be to become “a court for rebels, because governments are only going to cooperate when their political opponents are the ones in the dock”.

“I honestly do not know if the ICC can solve that problem,” he added.

As the ASP meets in New York, Clark says that signatory states need to take this opportunity to review their record of lukewarm political and financial backing for the ICC.

Simon Jennings is an IWPR editor in London.