Court’s reputation in the country harmed by flawed investigations and perceptions of anti-Africa bias.

Court’s reputation in the country harmed by flawed investigations and perceptions of anti-Africa bias. 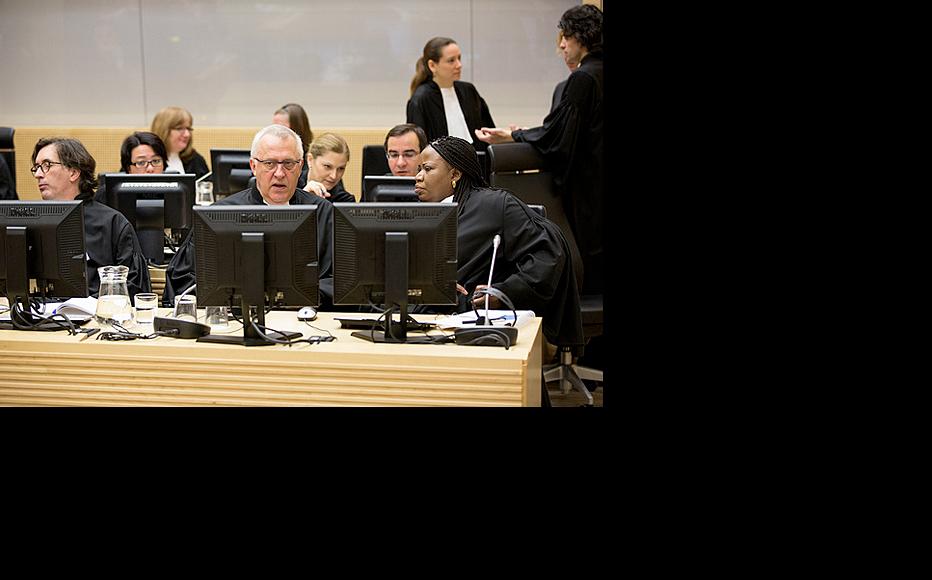 Justice experts say the International Criminal Court (ICC) needs to work much harder on its public image in Kenya, which has been badly damaged by setbacks in prosecuting cases, coupled with a shift in public attitudes.

In 2010, the ICC opened an investigation into mass violence that took place in late 2007 and early 2008 as a result of a dispute over a presidential election result. More than 1,100 people died and 650,000 others were displaced by fighting between political factions which descended into ethnic conflict.

When the ICC started working in Kenya in 2010, it enjoyed widespread public backing, as there was a sense it would deliver justice and thus some closure for the 2007-08 bloodshed. But in the years since then, a succession of setbacks with cases under investigation, together with a change in political leadership in Kenya, has resulted in rapidly-dwindling support for the Hague-based court.

In March 2013, Uhuru Kenyatta was elected president, with William Ruto as his running-mate, after an election campaign that depicted the court as a Western-backed neo-colonial institution. At the time, Kenyatta and Ruto were facing charges of orchestrating the violence of 2007-08.

Ruto has been on trial alongside former broadcaster Joshua Arap Sang since September. The Kenyatta trial, which forms a separate case, was due to start in early 2014, but has been delayed while the ICC prosecution seeks more evidence. In December, Prosecutor Fatou Bensouda informed judges that she did not currently have enough evidence to put Kenyatta on trial.

Besides the three current defendants, the ICC’s prosecutors filed charges against three other senior figures in Kenya. In 2012, judges declined to confirm charges against former police commissioner Mohammed Hussein Ali and former cabinet minister Henry Kosgey. A year later, prosecutor Fatou Bensouda was forced to withdraw charges against a third man, former civil service head Francis Muthaura, after a key witness admitted he had been bribed.

In both the Ruto-Sang and Kenyatta cases, the prosecution has struggled to retain witnesses. After giving statements to prosecutors, several witnesses have subsequently refused to testify in court. Some have said they were bribed to give evidence, others have cited fears for their own safety or that of their families. In the case against Ruto, Bensouda has asked judges to seek the Kenyan government’s help in getting seven witnesses to testify.

Given the impression that the body of evidence against the current Kenya suspects is limited, some have accused the Office of the Prosecutor (OTP) of failing to pursue thorough investigations.

For their part, prosecutors say the Kenyan government has failed to cooperate with the investigation, and they also cite deliberate efforts to interfere with witnesses. In October judges issued an arrest warrant against a former OTP intermediary accused of bribing witnesses.

In the Kenyatta case, Bensouda has asked judges to make a finding of “non-compliance” against the Kenyan government on the grounds that it has failed to hand over Kenyatta’s financial records. She has asked judges to compel the government to do so. The OTP says it has also been denied access to crucial evidence like mobile phone records, as well as access to potential witnesses such as Kenyan police officers.

Macharia Gaitho, managing editor for special projects at the Nation Media Group, told an IWPR event in Nairobi last month that the problems that had emerged in the two cases had damaged public perceptions of the ICC. He said this had “not been helped” by what some saw as “incompetence” on the part of the court itself.

“Whether it is incompetence or whether it is authorities interfering depends on your point of view,” he added.

The challenges the OTP faced during its early investigations has led it to design a new investigation strategy, in which prosecutors will seek to build the most of a case before the confirmation-of-charges stage. They will make greater use of forensics in an effort to limit the number of witnesses they have to present in court. (See ICC To Unveil New Investigation Strategy.)

Ben Israel, a development consultant in the town of Nakuru, one of the locations where Kenyatta is accused of orchestrating attacks, told IWPR that changes of this kind are essential if the ICC is to win back respect in Kenya. “We expect the ICC as an international [institution] to be [in the] lead, to be somewhere beyond all these other ordinary courts [in Kenya],” he said.

Another factor in the ICC’s declining popularity in Kenya is the perception that it only goes after African leaders.

The court has never launched a full investigation outside the African continent. It has carried out preliminary assessments in countries such as Colombia and Georgia, but has not taken matters further.

Kenyatta and other leaders in the region have used this fact in their campaign against the ICC.

While Ethiopian prime minister Hailemariam Desalegn was chairman of the African Union last year, he accused the Hague court of “hunting Africans”. In May 2013, the African Union voted 53 to one in favour of asking the ICC to drop the cases against Kenyatta and Ruto.

In September, both the upper and lower houses of Kenya’s parliament voted to withdraw from the ICC altogether.

Betty Murungi, vice-chairperson of the Kenya Human Rights Commission, told the IWPR event in Nairobi that such efforts had succeeded in reducing support for the court among Kenyans.

“What is dramatic in its effect is when you have the withdrawal of that support, for example from African states acting under the umbrella of the African Union, then it affects how citizens interact with or how they view [the ICC],” she said.

Kioko Ireri, a professor of journalism at the United States International University in Nairobi, says the court’s apparently exclusive focus on Africa is certainly a weakness, and one made worse by the United Nations Security Council.

According to its statute, the ICC can only initiate an investigation with regard to one of the 122 countries that have signed up to it. Kenya falls into this category, while Syria and Sri Lanka, both non-members, do not. The court can, however, launch an investigation in a non-member state under another mechanism, where the Security Council refers allegations to it. This was how ICC investigations became possible in Libya and Sudan, neither of which is a signatory to the court.

When the Security Council discusses whether a particular situation should be referred to the ICC, it is not only weighing legal facts such as the gravity of the crimes involved. Instead, its decision is ultimately shaped by political factors, not least the ability to win a vote among its members.

Ireri says this has led to perceptions that the ICC’s choice of target countries is swayed by international politics.

“The challenge is to the UN Security Council [to see] how it can depoliticise [the court],” he said.

Kioko Kivandi is a reporter for Radio Egerton in Nakuru, western Kenya.