Intimidation of investigators as well as witnesses blamed for shortage of evidence in some areas.

Intimidation of investigators as well as witnesses blamed for shortage of evidence in some areas. 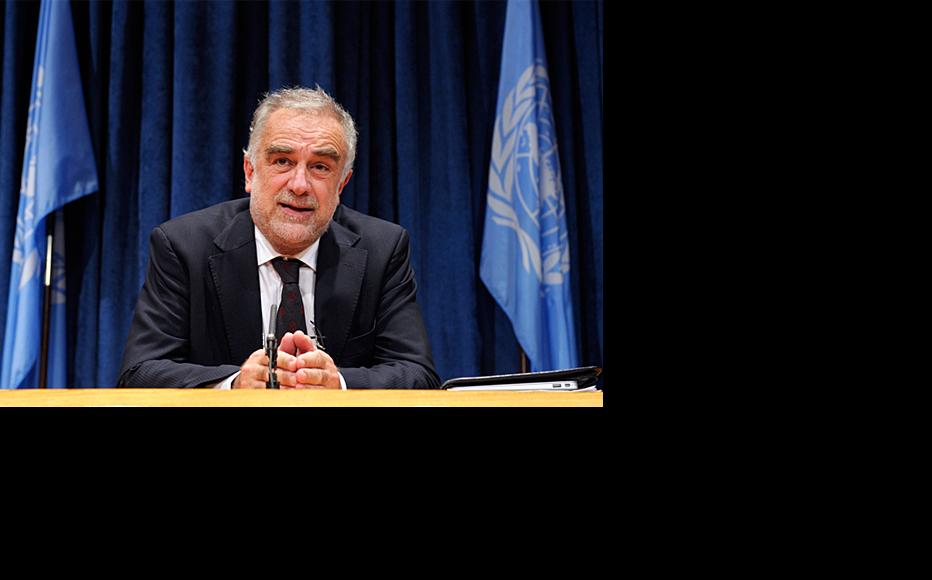 As proceedings against six high-profile Kenyan suspects at the International Criminal Court, ICC, approach a crucial stage, local activists say the investigation that resulted in charges could have gone further had it not been for intimidation and deliberate obstructionism.

They point out that rape charges are largely absent from the list of accusations approved by ICC judges, because investigators were prevented from getting free and unfettered access to victims and evidence.

Judges will decide later this month whether the prosecutor has enough evidence for the cases, divided into two groups of three suspects each, to proceed to trial at the ICC.

Fighting between supporters of Kenya’s Orange Democratic Movement, ODM, and the Party of National Unity, PNU, following a presidential election in December 2007 led to the death of more than 1,100 people and displaced over 600,000 others, and prompted the ICC to launch an investigation in March 2010 after the Kenyan state had failed to initiate prosecutions itself.

In the second case, three senior PNU officials also face charges in connection with the violence. Francis Muthaura, chairman of the national security advisory committee, Deputy Prime Minister Uhuru Kenyatta, and former police commissioner Mohammed Hussein Ali are accused of orchestrating the violence in order to hold onto power after the disputed election.

Threats to witnesses and to individuals cooperating with the ICC became widespread as soon as investigations began in 2010. The threats led some key prosecution witnesses to withdraw their testimony after they had been interviewed by the office of the prosecutor.

“Most of the first-line witnesses were threatened; they were intimidated,” a source close to the investigation told IWPR. “The team had to use witnesses who were not strong enough to give evidence, they had to collect the little evidence they could from others and even the intimidated witnesses.”

These threats against witnesses were sufficient to cause ICC judges, at the end of the confirmation of charges hearings in October 2011, to appeal to the Kenyan public not to interfere in the court’s process.

Sources close to the ICC’s investigations in Kenya have told IWPR that the prosecutor, Luis Moreno-Ocampo, and his team were inhibited by widespread intimidation and by the government’s failure to cooperate with their enquiries.

“Ocampo and his team met a hostile environment,” the source said. “The state agencies were not ready to give him the cooperation he needed; he could not get the minutes or reports he required from the government.”

Ndungu Wainaina, director of the International Centre for Policy and Conflict in Nairobi, agrees, saying the government openly frustrated investigations, and some security officers in possession of crucial information declined to give evidence, forcing the prosecutor to look elsewhere for evidence.

The Kenyan government refused to speak to IWPR about allegations of threats, intimidation, and failure to cooperate with ICC investigators.

Kenyan activists believe fears of intimidation limited the scale of the evidence the investigators could gather, and that this explains why some offences like rape were only partially dealt with and certain geographical locations were omitted.

IWPR approached the office of the prosecutor for its view on these matters, but declined to comment pending the judges’ ruling on charges, expected next week.

Some legal experts say the need to keep both investigators and witnesses safe is reflected in the application for charges that the prosecutor placed before judges, and in the list that judges approved in March 2011.

The prosecutor left the crime of rape off the charge-sheet in the case against Ruto, Kosgey and Sang, despite claims that it was committed on a wide scale by their supporters.

Judy Gitau, programme officer for the International Commission of Jurists, believes the prosecutor left out rape charges because of concerns about protecting witnesses.

“The prosecutorial strategy was to expose victims as little as possible. He was keen not to expose them to too many risks and probably that is why he left out rape charges in Case One,” said Gitau.

In November 2011, Sureta Chana, the legal representative of victims falling under the Ruto/Kosgey/Sang case, filed an application with ICC judges to hear the concerns of 126 of her clients who are unhappy at the prosecutor’s failure to charge the three with rape, looting, and destruction of property.

Chana accepts that much of the prosecutor’s evidence has to remain confidential at this stage, but said her clients told her that “they did not see ICC investigators on the ground who wanted to interview them”.

Rape is one of the most difficult crimes to prove at the ICC. Priscilla Nyokabi, head of Kenyan legal aid agency Kituo Cha Sheria, says that may explain why the prosecutor avoided bringing these charges.

“Sex offences are hard to investigate, so the prosecutor reasoned [what chance he had of] winning the charges he brings to the court – he settles on the charges that he could get more evidence at that point,” Nyokabi said.

She drew a comparison with the ICC trial of former Congolese warlord Thomas Lubanga, in which rape charges were also left out of the prosecutor’s original charge sheet.

In the second case, against Muthaura, Kenyatta and Ali, judges approved the prosecutor’s application for charges for rape in the town of Nakuru, but turned down his request for rape charges with regard to Kibera and Naivasha.

In their March 8, 2011 decision, pre-trial judges ruled that the prosecutor “failed to provide evidence substantiating his allegation that rape was committed as part of the attack in Naivasha”, and that while police action in Kibera, a Nairobi slum, “resulted in deaths, injuries and rapes”, the prosecutor had not furnished evidence that linked the three PNU suspects to acts of rape.

See also ICC Prosecutor Urged to Seek Further Kenya Charges on the omission of other charges including murder in Kibera.

IWPR’s source says the prosecutor’s restricted ability to investigate deprived him of opportunities to bring stronger evidence in his application for charges.

“With the heat that was around, he could not have had freedom to conduct interviews in Kibera, Korogocho or Mlango Kubwa as he could have desired,” the source said.

The stigma surrounding sexual violence is one factor that makes it difficult to collect testimony.

“Rape is a problem in Kenya – women are shy and may not want to say what happened to them. They also do not speak clearly about rape ordeals,” Nyokabi said.

However, others argue that more evidence could nevertheless have been found in the Muthaura/Kenyatta/Ali case.

“It’s very difficult to investigate rape but it is not impossible.” Neela Goshal, a researcher for the advocacy group Human Rights Watch, said. “We have spoken to rape victims who have identified the perpetrators, they got [medically] tested, there is evidence rape took place, for instance in Kibera. Sure, they raped people within homes, and their neighbours are witnesses and they saw what was going on. The evidence is there to prosecute people for rape.”

Wainaina defends the work of prosecution investigators in the face of great hostility in some quarters.

“People expected to see him [Moreno-Ocampo] on the ground collecting statements. They have to understand there were officers on the ground who did a lot of investigations amid all these threats,” he said.