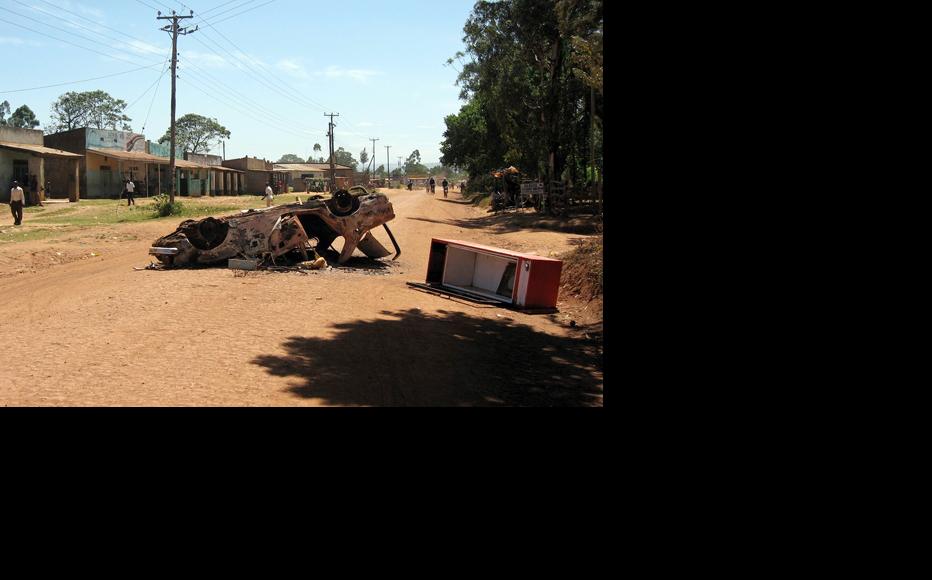 The recent posting of information about protected witnesses on the popular website Twitter has sparked concern about the vulnerability of the International Criminal Court, ICC, to social media publication of confidential material.

The concern comes after one Twitter user – known as a tweep – published the names of protected witnesses due to testify in cases against those accused of orchestrating the post-election violence in Kenya in 2007 and early 2008.

The witnesses’ names were published despite being classified by judges as confidential in order to protect their safety.

While the publisher of an article or book which contains confidential information can easily be tracked down and publication halted, the speed with which information on social media sites can travel and the anonymity granted the source can present serious challenges to the administration of justice.

“With Twitter, Facebook and other types of social media, the information can travel instantaneously to hundreds, if not thousands, of different people, and be published both somewhat anonymously through various Twitter or Facebook accounts,” Misetic said.

“It makes it difficult to try to keep track of information that is spreading at the speed of light, literally, around the internet.”

The violence that engulfed Kenya following the 2007 elections left more than 1,000 people dead and uprooted over half a million.

The two cases before the ICC could see suspects from both sides of the power-sharing government – the Orange Democratic Movement, ODM, and the Party of National Unity, PNU – stand trial for crimes against humanity.

Radio host Joshua arap Sang, and William Ruto and Henry Kosgey, parliamentary representatives for the Eldoret North and Tinderet constituencies respectively, comprise the first case, known as Kenya One. They appeared for confirmation of charges hearings in the first week of September.

During the hearings, one tweep, Dennis Itumbi, published the names and telephone numbers of eight witnesses on his Twitter page, HagueTruth.

Itumbi, who has over 2,000 followers on twitter, explained how the witnesses have been relocated from Kenya to other countries, prompting alarm about the risk posed to those whose names were published.

“Even if we can’t for sure tell if these people are witnesses, there is a perception created by the [individual posting the information] that they are witnesses. For this reason, their family members and close associates can be targeted,” said Christine Alai, acting head of the International Centre for Transitional Justice, ICTJ, in Kenya.

Disclosing information that has been classified as confidential by the court is a criminal offence and one which the court can prosecute under its laws governing contempt of court.

“Whether it is by social media or by any other way, unlawful disclosure of confidential information may constitute an offence against the administration of justice, especially when the result has an impact on the security of witnesses,” ICC spokesman, Fadi el Abdallah, said.

The offence can result in a hefty fine or even a prison sentence.

Observers are particularly concerned about the release of information on protected witnesses as victims of the violence have reportedly been harassed in various parts of the country since the ICC opened an investigation in Kenya in March 2010.

“There is a cause to worry because [of] the recent information we have been getting, particularly in Eldoret [in the Rift Valley region] where youths attacked an old man and a woman [apparently believing] that [the man’s] son is one of the witnesses who has been relocated,” Alai said.

Within seconds, thousands of Twitter users in Kenya exchanged information describing who the anonymous witnesses were, thereby putting those mentioned in danger.

Observers believe social media in the context of the Kenya cases poses a new challenge for the ICC. A significant proportion of the Kenyan population have access to the internet while the highly political nature of the proceedings means the cases have attracted much greater attention domestically than the court’s other ongoing cases from the Democratic Republic of Congo, DRC and the Central African Republic, CAR.

“The violence is relatively recent, and the dual power-sharing arrangement [between president Mwai Kibaki and Prime Minister Raila Odinga] which has been established obviously increases the scrutiny of proceedings at the ICC,” Misetic said.

“And the coverage is exponentially greater in light of the fact that many more people have access [via television and the internet] to instant information on what’s taking place.”

Itumbi is a well known Kenyan journalist and tweep, and is famous for his daring and timely postings which he uses to inform his followers about the two Kenyan cases at the ICC. However, despite the concerns raised, he says he has no regrets about revealing the identities of witnesses on Twitter.

“All tweeps have a right to expose a witness who is a liar,” he told IWPR. “It is the duty of the ICC to ensure their witnesses are protected. If anyone can crack into the identity of the witness, the blame should not be on them.”

The posting of the witness information – two days before Kenyatta, Muthaura and Ali appeared for their confirmation of charges hearings – serves as a warning to the court that social media leaks of confidential information could pose a serious risk to its trials.

“Facebook and Twitter have created free communication; people can write anything they want; some have decided to use anonymous names which they use to pass dangerous information,” Kwamtcheshi Makokha, a Kenyan media critic, said.

But certain users of social media appear to have abused the anonymity it affords, no longer caring whether what they post is within the law.

“I fear that social media has created a gap that has given some users an opportunity to become mischievous abusing the very freedom [it provides],” Makokha added.

However, tracking down and prosecuting those who break the law is hard.

“Nobody nowadays can really control the source of information, so taking [a] Twitter user to court … is very difficult,” said Helen Hintjens, a senior lecturer at The Hague’s Institute of Social Studies in The Netherlands – although she insists that, despite the challenges, it is possible to prosecute someone for breaching confidentiality on social media sites.

Indeed, tweets such as those posted by Itumbi have not escaped the eyes of the ICC.

Prosecutor Luis Moreno Ocampo says the court is conducting investigations on social media users who are interfering with the justice process,

“Those involved in attacking.. witnesses….we will find them. We are working on these blog people, and we will get them,” Ocampo told IWPR.

“We can prosecute them. I would like to warn them if they are involved in tampering [with] witnesses they could be [held] accountable before the ICC.”

However, the nature of some posts, particularly those that are speculating on the identity of protected witnesses, cannot easily be prevented.

While the ICC could request the Kenyan government to close down individuals’ social media accounts or bring contempt proceedings in The Hague, it may not be possible to initiate these measures as a response to potentially harmful speculation.

“I think it would be too complicated to say you cannot have speculation on Twitter,” said Barbora Bukovska, law programme director at Article 19, an organisation which campaigns for freedom of expression.

“To suggest that Twitter accounts should be shut because people are speculating – I don’t think that would be appropriate. And then where is the limit. How far can you go?”

The global reach of the internet also means that prosecution of such offenders is not always straightforward. As with its arrest warrants for war crimes and crimes against humanity, the court would rely heavily on state cooperation to address unlawful online disclosure.

The ICC can request state parties to the Rome Statute – the treaty underlying its foundation – to assist it in stopping the dissemination of confidential information and even to close down Twitter or Facebook accounts of offending individuals.

Although not all countries are members of the ICC, legal experts say that based on a legal precedent at the International Tribunal for the former Yugoslavia, ICTY, the court could exert global jurisdiction for matters of contempt of court.

However, the ICC may run into difficulties when trying to execute an arrest warrant for contempt if the country concerned does not wish to cooperate.

“The ICC can bring charges against anyone it wishes to for obstructing justice at the court,” Misetic said. “Whether they are going to be able to do anything about it will vary according to the case, depending on the country in which the offender is located.”

The most effective way to prevent disclosure of confidential information is obviously to ensure it does not leak into the public domain in the first place. But this is exceedingly difficult to do.

International criminal cases require a lot of investigation by high profile lawyers who need to question a number of different witnesses that will be presented by either the defence or prosecution. It is impossible to conceal every meeting and the movements of all witnesses involved in a particular case.

“When you are investigating a particular [protected] witness, out of necessity you have to interview people about that witness,” Misetic said.

“It becomes clear to the other person why you are asking these questions. If you have social media that information can be more easily put out there for anyone to find, so it becomes much, much more difficult [to conceal].”

The first contempt case at the ICC, whenever it takes place, would serve as a major deterrent for future publication of confidential information. However, until that point the best remedy would seem to be to ensure that confidential information, or anything that could lead to mass speculation via social media sites, is not leaked.

“The only way to control it is to make sure the information doesn’t get released in the first place,” Misetic said. “Once out, it becomes extremely difficult to put the genie back in the bottle.”

Judie Kaberia is IWPR-trained journalist in Nairobi. This article was produced as part of IWPR’s international justice training programme for Kenyan journalists that was held in The Hague.