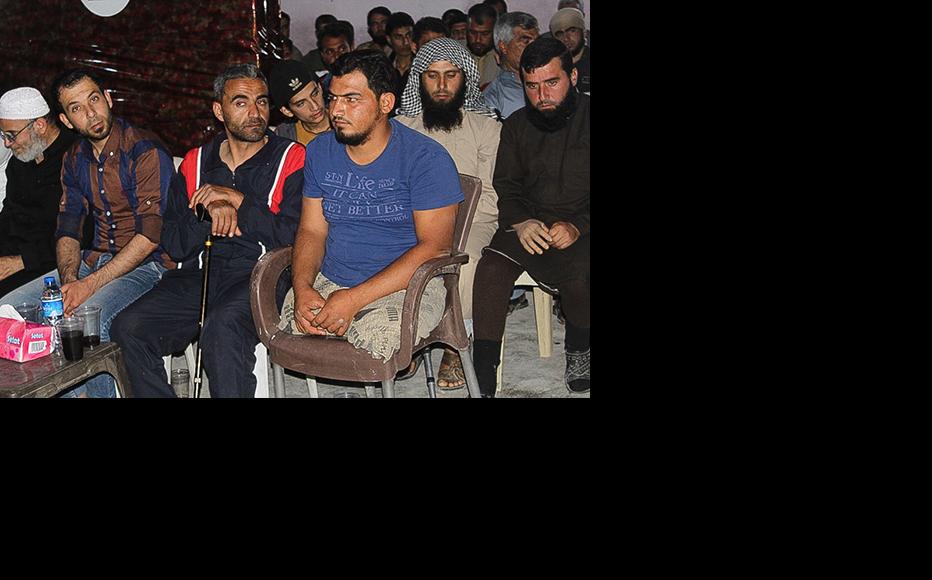 A guest whose leg had been amputated participates in the event. (Photo: Ahmad al-Akla) 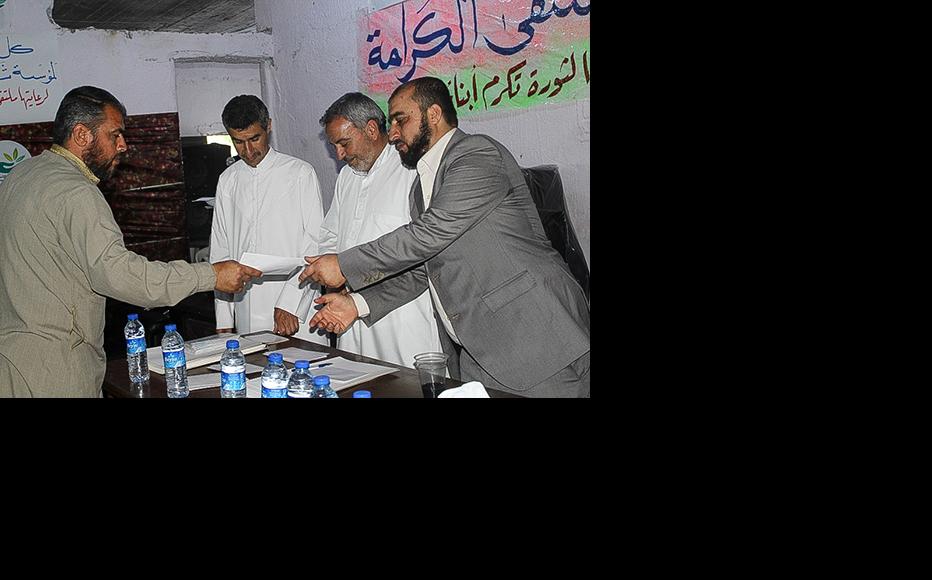 Certificates are handed out by officials. (Photo: Ahmad al-Akla) 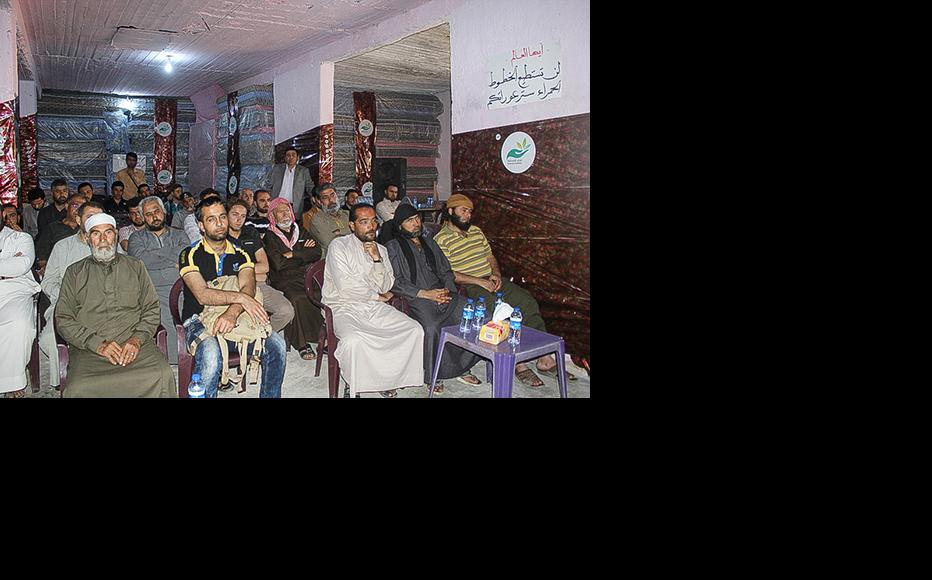 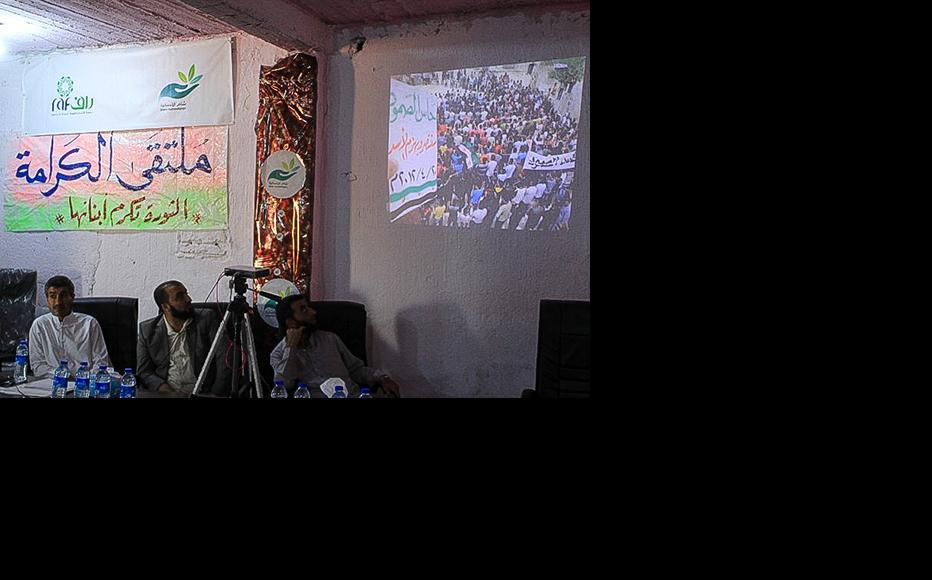 Screening of the documentary about the revolution. (Photo: Ahmad al-Akla) 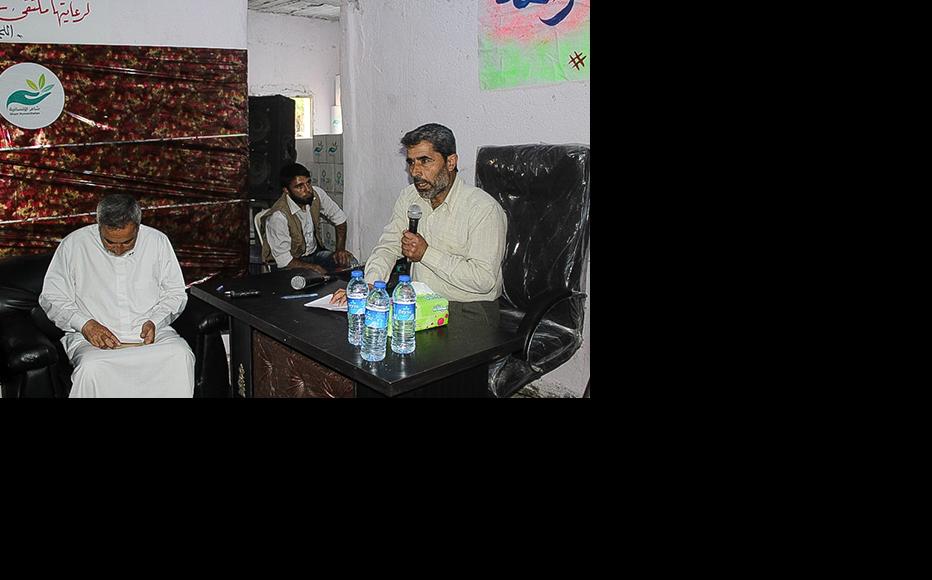 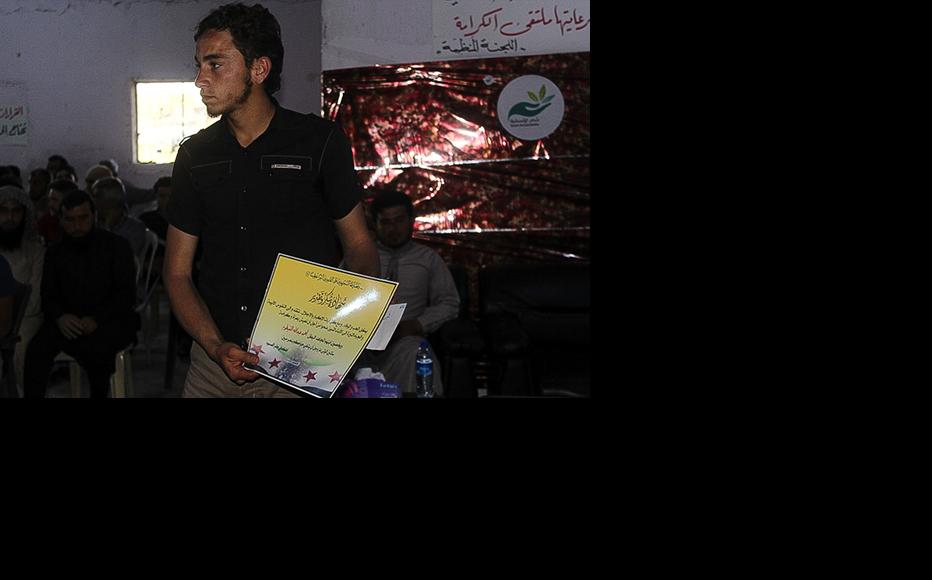 An attendee displays his certificate of appreciation. (Photo: Ahmad al-Akla) 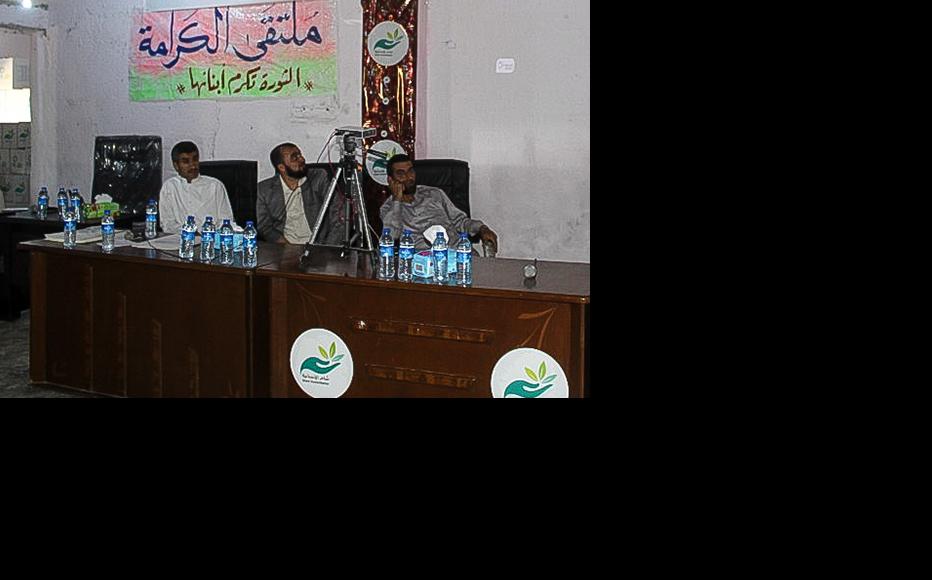 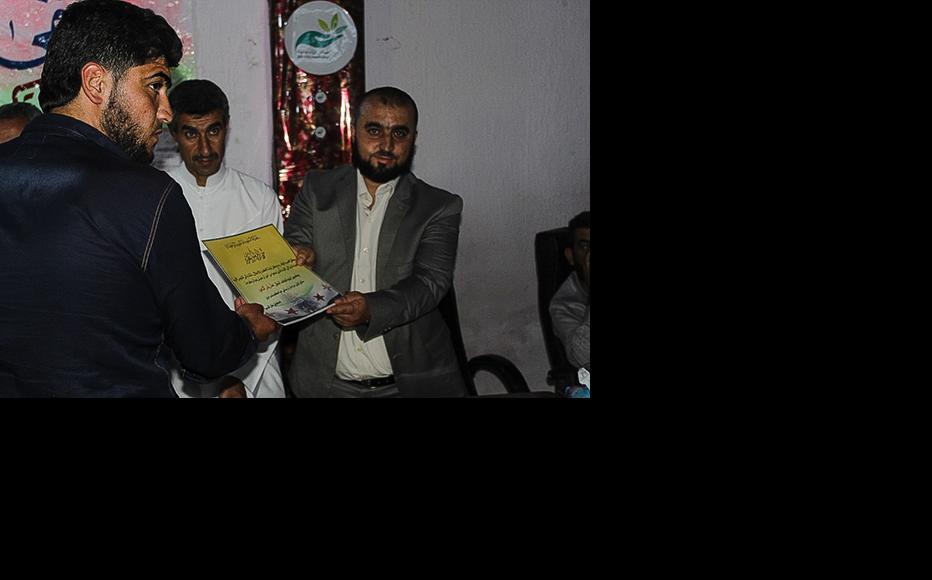 Certificates of appreciation are awarded to attendees. (Photo: Ahmad al-Akla)
The link has been copied

A recent ceremony held by the Al-Karama foundation in Idlib’s countryside has honoured people who have been injured or disabled during government attacks.

One of those recognised at the event was Omar al-Daeef, who lost his right leg during a battle against regime troops.

Omar was presented with a certificate of appreciation in recognition of his services to the revolution, as well as a symbolic award consisting of several gift vouchers.

“Activities like this briefly pull us out of the depression we suffer due to our disabilities. It feels good to know that some people care about us,” al-Daeef said.

“We have been neglected by revolutionary institutions and humanitarian agencies operating in the Idlib countryside for years. This event is the first of its kind,” he added.

The award ceremony was attended by prominent revolutionary figures, intellectuals and representatives of humanitarian agencies in Idlib’s countryside.

All attendees received certificates of appreciation, and symbolic gifts such as food baskets, blankets, or gift vouchers.

The ceremony also included poetry recitals and a documentary about the revolution in Idlib’s countryside.

Damascus Bureau's Ahmad al-Akla attended the ceremony and took the above photographs.

Syria
Disability
Connect with us