People cut off by the de facto border still want to visit cemeteries on the other side.

People cut off by the de facto border still want to visit cemeteries on the other side. 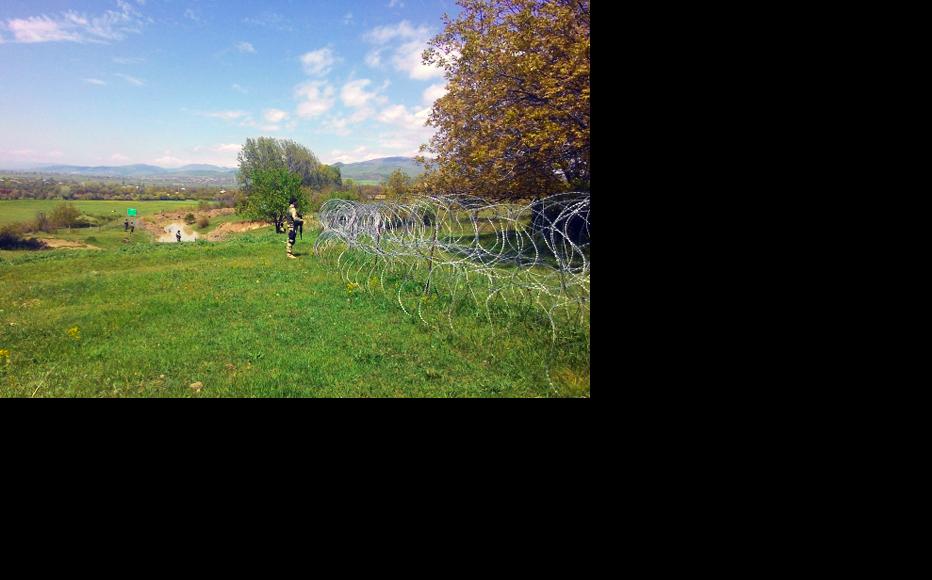 Georgians living in regions adjoining the breakaway territory of South Ossetia have once again been unable to pay their traditional Easter visit to the graves of loved ones buried across the administrative border.

The de facto boundary, secured on the South Ossetian side by guards from Russia´s Federal Security Services, has in some cases cut villages and fields in half.

South Ossetia has claimed independence from Georgia since a conflict in the early 1990s. Moscow recognised it as a sovereign state following the Russian-Georgian war of August 2008 and took control of the border the following year.

Georgia’s insistence that South Ossetia lies firmly within its borders is supported by most of the international community.

The residents of the Shida Kartli region, which borders the conflict zone, have lost access to pastures, agricultural areas, forests and in some cases their homes because they found themselves on the wrong side of the dividing line.

The problem becomes particularly acute each spring when people traditionally visit the graves of relatives the day after Easter, which according to the Orthodox church this year fell on May 1.

Residents of South Ossetia can simply use Russian passports to visit cemeteries in Georgia, as they often do to access education or medical treatment across the administrative border. But those on the other side of the dividing line have to apply for access, which is usually denied.

“What kind of Christians are they?  They could allow us to go at least for one day.  After all, the cemetery is right here,” Kokashvili said.  “My parents are buried there, our church is there, but they do not allow us [to go there].”

His fellow villagers have repeatedly appealed to the Russian border guards asking for an exception for Easter, but their requests were turned down.

On May 2, Kokashvili and other Khurvaleti residents walked to the barbed wire marking the administrative border and handed wine and Easter eggs over to an elderly villager, Data Vanishvili, on the other side. He visited the cemetery on their behalf and left the gifts at the graves of their deceased relatives.

Vanishvili, an 83-year-old citizen of Georgia, suddenly became a resident of South Ossetia and Russia on the day Russian troops marked the border and his house ended up on the other side of the boundary.

Visiting graves is also problem for thousands of internally displaced persons (IDP), who for the eighth year in a row cannot access the occupied territories.

Leila Zubashvili lives with her husband in Karaleti, a settlement for IDPs.  The grave of their son lies in their former village of Eredvi, which they were forced to leave in 2008. Instead, the Zubashvilis gathered photographs of their child, and lit a candle in front of them for Easter.

For years, the Georgian side has petitioned for these humanitarian issues to be addressed in meetings held under the Incident Prevention and Response Mechanism (IPRM). This is a forum facilitated by the OSCE and the European Union Monitoring Mission in Georgia (EUMM) since 2009.

However, the Russian and Ossetian sides have refused to respond to these petitions.

Georgian citizens who cross over to the Ossetian side, whether on purpose or by accident, are often seized by Russian guards and charged with breaching the border, even in places with no fences.

According to Georgia´s State Security Service, 2,481 citizens were detained by Russian forces between 2009 and 2015. Of these, 840 had crossed into South Ossetia and 1,641 into the other secessionist territory of Abkhazia.

Detentions are on the rise. In 2014, a total of 142 people were arrested for crossing into South Ossetia, up from 84 in 2014.  Last year, 162 Georgians were caught and detained in the prison in the South Ossetian capital Tskhinvali.

In one recent incident in mid-April, Erosi Takadze, a Georgian citizen from Kirbali, let his cows graze on unmarked territory next to his village and was arrested by Russian border guards.

He told IWPR that armed men put him in a car and took him to the village of Gromi on the Ossetian side for interrogation. He was then taken him to the Tskhinvali prison and only released five days later after paying a 2,000 ruble (30 US dollars) fine.

Takadze was one of 39 Georgian citizens detained, fined and released from Tskhinvali so far this year.

The borders appear sometimes to be arbitrarily determined by the Russian guards.

“They came to the Lomisi church and held some map,” said Gogi Papitashvili, another Kirbali resident.  “They pointed to half of the cemetery and said that this is where the border runs and prohibited us from c rossing it.  This is where the family cemetery of the Takadze family is located and the relatives cannot go to it because there is a Russian post in the forest and they go out and kidnap people.”

The United Nations High Commissioner for Refugees (UNHCR) conducted a human security assessment in 55 villages along the administrative line in late 2013. Their report concluded that the majority of the population felt threatened, insecure and worried about their future.

Inability to access fields, pastures and markets has reduced both income and employment opportunities, according to UNHCR, and further limited communication between families living on opposite sides of the boundary.

According to the Georgian Public Defender´s report for 2015, the problem is exacerbated by the fact that international human rights organizations do not have access to the occupied territories.

In 2010, border signs were put up by Russian border guards in the villages of the Gori and Kareli municipalities on the Georgian side.

A year later, Russian border guards began to mark the territory of the fields of the villages of Dvani, Ditsi and Khurvaleti with poles, later stretching barbed wire between.

The process of establishing an actual border began in earnest in 2013. In some locations, the dividing line was moved deep into Georgia´s territory, which the Georgian side has called a “creeping occupation”.

In 2014, a 50 kilometre barrier was installed along the 350 km dividing line and the process has steadily continued.  Most recently, in March, Russian border guards paved a road on land owned by farmers in the village of Djariasheni and prohibited the owners from approaching it.

Georgian politicians believe that Russia is trying to provoke another confrontation due to Tbilisi’s pro-Western trajectory.

“It is part of their (Russian side) agenda to occupy Georgia,” said Ani Mirotadze, a lawmaker from the ruling Georgian Dream coalition. “They are not satisfied with what is happening on our territory, and they want to have a certain influence in Georgia.  We use all communications to avoid provocations and to not give Russia the opportunity again to draw us into a bloody conflict, which is most likely what they wish.”

The Georgian government has repeatedly protested the movement of boundary markers deeper into their territory.

However, Russia´s foreign ministry said that it supports the position of Tskhinvali (known in Ossetia as Tskhinval), according to which “the work is carried exclusively on the territory of the Republic of South Ossetia and does in no way violate the sovereignty and territorial integrity of Georgia”.

Goga Aptsiauri works for RFE / RL and is the winner of the European Union's 2014 Peace Journalism prize.