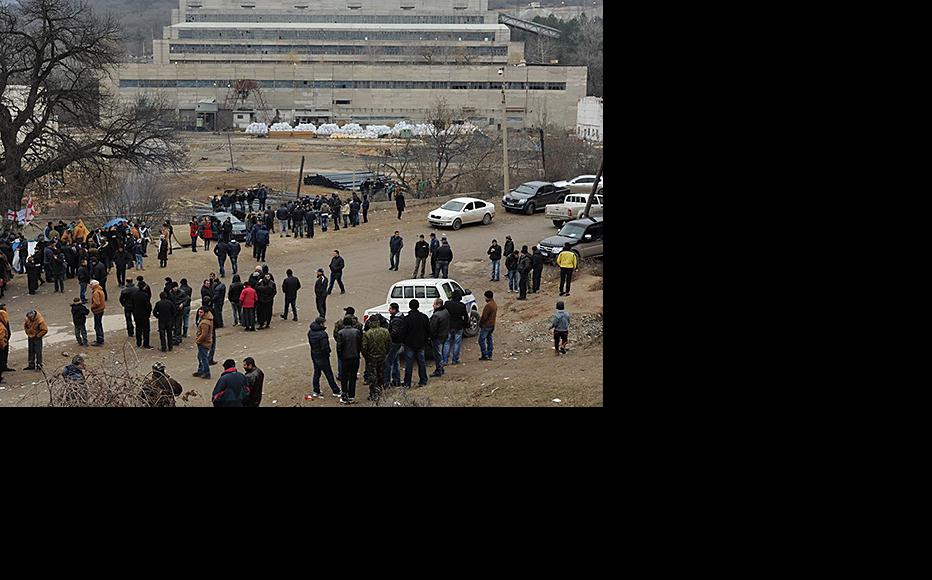 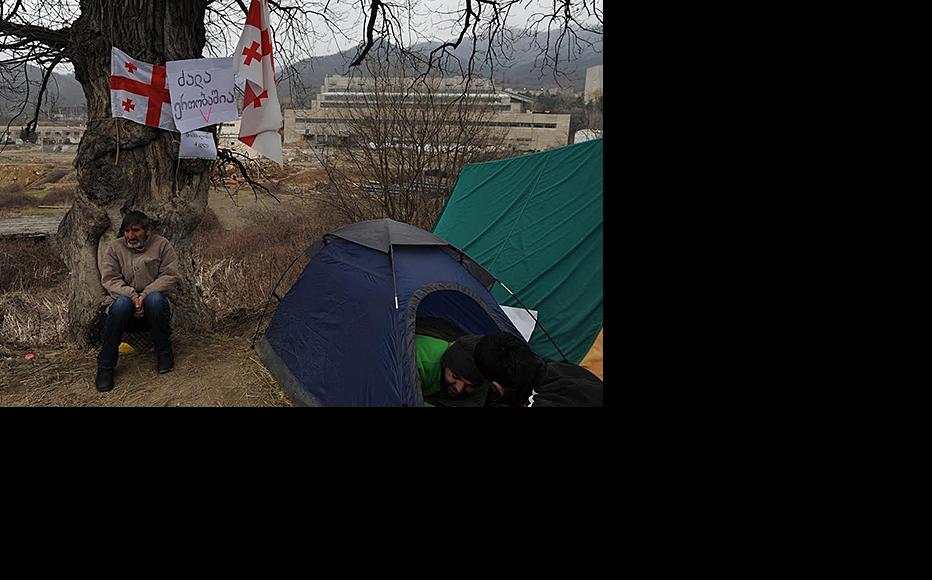 Miners on strike in Kazreti earlier this year. (Photo: Iana Korbezashvili)
The link has been copied

Three months after the Georgian government brokered an end to a strike at a major gold and copper mine, staff say its intervention came too late and was less than effective.

Some 800 mine workers went on strike in the town of Kazreti in February after copper and gold mining company RMG sacked 152 employees, saying it could not afford to keep them.

The strikers blamed managers for the company’s financial plight, and demanded the reinstatement of their colleagues, higher wages, and collective bargaining rights.

In March this year, the government appointed lawyer Irakli Kandashvili to mediate in the dispute. Two weeks later, Kandashvili announced that a deal had been struck – company managers had agreed to collective bargaining and promised insurance and improved safety.

Three months on, some of the employees say they are unhappy with the deal. Those who spoke to IWPR did not want to give their names for fear of retribution.

“After two months without work or earnings, we had no choice but to end the strike and accept the company’s conditions,” one worker told IWPR. “Workers earn an average of 400 to 600 laris [230 to 375 US dollars] a month and they wanted this to be doubled. But… the company only raised wages for the lowest-paid. It gave jobs to just 80 of the 152 workers who were dismissed.”

Others claim that sacked workers identified as troublemakers were not re-hired, leaving the remaining staff cowed.

“They didn’t give me my job back because I fought vocally for our rights during the protests,” said Dali Mamulashvili, a prominent strike leader who is still unemployed. “Those left without work include the 57 most active participants in these protests.”

“We have made wages equal for workers of RMG Gold and RMG Copper who do the same jobs. We have expanded our insurance policies, and on our own initiative we have raised the wages of the lowest-paid workers by 15 per cent,” he said. “We have issued special [protective] clothing to workers and we are rigorously monitoring work safety conditions.”

Tsabadze denied any punitive element in the way workers were selected for re-employment.

“We have re-hired some of the sacked workers. We have paid the rest compensation for two months and we’ve promised that if the company’s situation improves and vacancies appear, they will have an advantage over other applicants,” he said.

The mine strike was something of a test case for the government’s resolve to step in and resolve industrial disputes. When it came to power in 2012, the Georgian Dream coalition pledged to improve labour rights that had been eroded in the previous government’s rush to secure international investment.

A new labour code adopted in July 2013 raised hopes that working conditions would improve and employees would gain greater protections.

Lina Gvinianidze, a lawyer from the Human Rights Education and Monitoring Centre, said that in the mine dispute, the government had intervened too late to do much good.

“The government appointed a mediator late in the day and the mediation took place quickly – and that is apparent from the results,” Gvinianidze said. “No agreement was reached on the most important issues – not all wages were raised, only 80 out of 152 workers got their jobs back, and the company has the same management.”

One of the workers expressed similar views, saying, “The government did nothing over too long a period for it to be of any help to us.”

More broadly, the government stands accused of not doing enough to raise safety standards across industry.

The new labour code requires employers to ensure working conditions are as safe as possible, but it does not set out what penalties apply if they fail to do so.

“As far as safety is concerned, nothing has changed in Georgia,” Maia Liparteliani, head of the legal department in the ombudsman’s office, told IWPR. “There is still no agency that monitors working conditions in factories and defends workers’ rights, even though the ombudsman recommended that the government set up such a service in May 2013.”

Liparteliani said that in every industrial dispute investigated by the ombudsman, the strikers made “identical” demands – “higher wages and better safety”.

The government accepts that workplace safety must be addressed.

Paata Jorjoliani, acting head of the labour policy unit at the labour, health and social security ministry, said his office was already working towards a solution as part of efforts to bring Georgian legislation closer to European Union standards.

“We are working on amendments with experts from the EU and the International Labour Organisation,” he said. “We will alter the labour code and set up a service to monitor workplace safety. We don’t have firm deadlines for implementing European directives on workplace safety, but I would predict that the amendments will come into force next year.”

Manana Vardiashvili is a freelance journalist in Georgia.

Georgia
Human rights
Connect with us