“Saakashvili has every right to return to Georgia - he's a person of historic importance.”

“Saakashvili has every right to return to Georgia - he's a person of historic importance.” 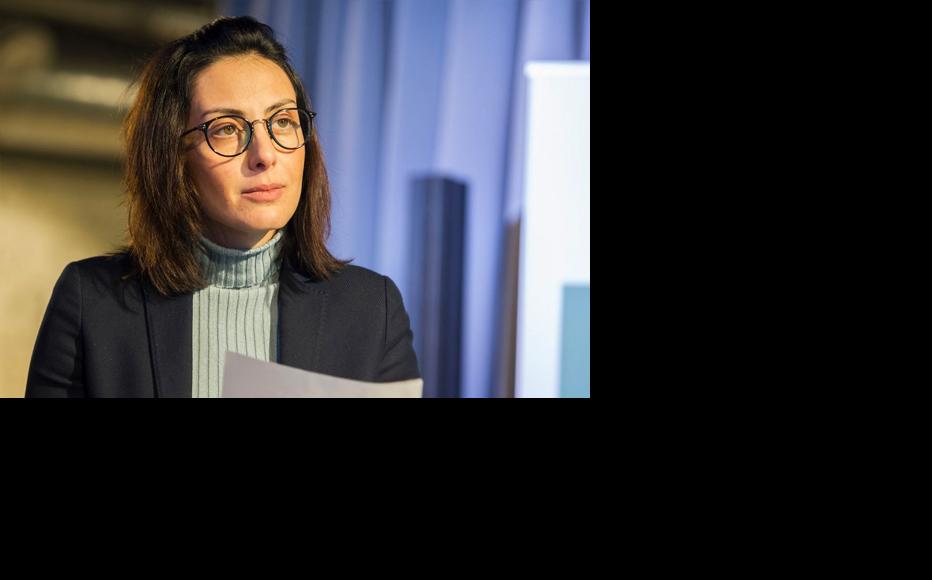 Khatia Dekanoidze of the United National Movement (UNM) opposition party in Georgia. (Photo: Ministry of Justice of Ukraine)
The link has been copied

One of former president Mikheil Saakashvili most loyal allies, Khatia Dekanoidze of the United National Movement (UNM) opposition party, served in a number of senior roles in his government. She followed him when he moved to Ukraine in 2015 to become governor of Odessa, herself serving as Chief of the Ukrainian National Police.

In 2018 Saakashvili was convicted in absentia of abuse of power, although many deemed the charges politically motivated. Several attempts by the Georgian government to have him placed on Interpol's wanted list failed.

Saakashvili continues to be the leading opponent to Bidzina Ivanishvili, the oligarch who brought Georgian Dream to power in 2012 to oust the UNM. Pundits expect UNM to receive between 15 to 26 per cent of the vote, with the ruling Georgian Dream party expected to win 40-53 per cent.

IWPR: How would you assess your party’s chances of winning?

Dekanoidze: My party is the largest opposition party in Georgia since 2012 and despite the political persecution of our leader Saakashvili, I have to tell you that the support for our party is really growing; the goal for my party and myself is, of course, to win and defeat Ivanishvili.

Suppose your or any opposition party wins, but there are not enough votes to actually form the government. What happens then? Would the UNM be willing to bargain on a prime ministerial position if that's the only way to gain some sort of coalition?

We don't think about the bargaining right now because the future of Georgia is not a trade-off issue. First of all we have to defeat Ivanishvili… and it should be the decision of the Georgian people.  No bargaining until the elections for us; we have our strategy, our prime ministerial candidate is Saakashvili. He's the number one leader for UNM and he's a very popular political leader despite the fact that he has not been in Georgia since 2013.

How do you plan to actually go about bringing him back?  What kind of procedures would that entail, because we are talking about a person who does not have Georgian citizenship and is not just accused but also being convicted - and there are three other criminal cases against him.

Nobody in the world believes that this prosecution and trial are genuine trials, they are politically motivated. They are part of Ivanishvili’s efforts to destroy the UNM and Saakashvili’s political activity.  I know these cases very well, I know of a lot of false testimonies, and I have to tell you that this is political persecution. Interpol never arranged these cases and vetoed [Tbilisi’s request]. Saakashvili has every right to return to Georgia because he's a person of historic importance, he's really done a tremendous job for this country, is recognised by everyone [including the] international community. We are talking about a person who has not been in Georgia for eight years, and his support is getting bigger.

The number one person on the UNM party list is a famous actor and singer - Buba Kikabidze. What was the rationale behind putting him in this slot?

I think Mr Kikabidze is a symbol of the anti-Russian movement. He's a person who was very popular in the Soviet era and very famous in the post-Soviet countries - but after the occupation and after the Russia-Georgian war, he refused to visit and perform in Russian.

While that makes for amazing public sentiment that doesn't make him a politician, and putting non-politicians onto political posts was one of the main points of criticism that you leveled at the current government.

Well actually again symbolism is very much important; and Mr Kikabidze is for Georgians like a symbol of the unification [and] traditions. He’s very famous and  loved.

So it’s just a symbolic gesture?

A symbolic gesture of unification.

And yet he will participate in parliamentary proceedings and so on?

Absolutely. I'm sure that he can and will play a very good role in the parliament for unification and for solidarity.

Let's move on to foreign policy. What would be the renewed approach and vision on Russia from the UNM government?

According to polls, 72 per cent of the Georgian population are pro-Western. So the number one priority is integration into the EU and to adopt a lot of NATO standards and become a member of the alliance. And, of course, to continue to push Georgia's occupation agenda internationally because after the occupation and the annexation of Crimea, unfortunately Georgia missed the chance to [stand] alongside Ukraine against Russian.

So that would mean we should expect a more aggressive stance towards Russian than the current government, which your party claims is pro-Russian?

No, we will just continue our aspiration to join the EU and NATO because we believe that economic development, no corruption and rule of law are very important and provide a platform for integration. Our main approach is to continue integrating into the European and Atlantic sphere and to continue economic development; I can assure you that this is a very good security [strategy], like a shield for Georgia to deter external aggression.

Giving Voice, Driving Change - from the Borderland to the Steppes
Georgia
Elections
Connect with us