Minister insists decision made internally, not connected with American concerns about Tbilisi as haven for Iranian sanctions-busters.

Minister insists decision made internally, not connected with American concerns about Tbilisi as haven for Iranian sanctions-busters. 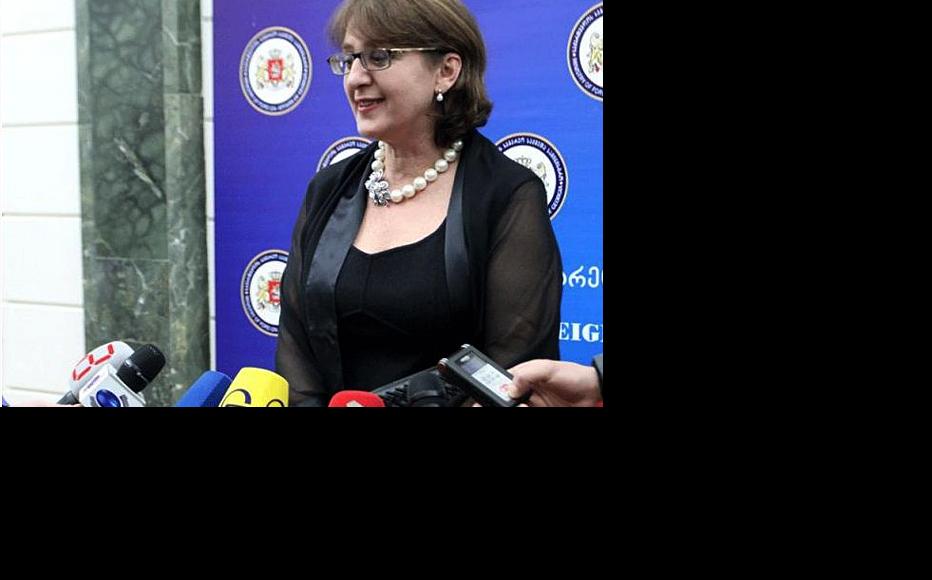 As Georgia’s foreign minister says a decision to cancel a visa-free travel arrangement with Tehran was not made under pressure from United States, local analysts say it will dampen the rapidly-growing business and tourist ties with Iran.

The decision came into force on July 1, less than a fortnight after a Wall Street Journal report outlining US government concerns that Iranians were using Georgia as a base to evade international sanctions.

Foreign Minister Maia Panjikidze denied there was any connection between the article and the decision. Instead, she said, it was a conclusion reached independently by a commission set up to sort out policy on immigration.

“Such a policy hasn’t existed up to now, and we’re adopting new approaches. It had become essential to design a policy, and unilaterally halting the visa-free arrangement with Iran was a part of this complex issue,” Panjikidze said.

Georgia’s last government took steps to improve relations with Tehran in 2010. At the time, the foreign ministry spoke of a desire to do business with Iran without departing from the pro-Western policy that Georgia was pursuing.

The simplification of travel procedures meant that Georgian and Iranian nationals could stay in the other state for 45 days without needing a visa. Its introduction coincided with a business forum in Tbilisi which attracted more than 50 companies from Iran including the heads of three banks.

The arrangement led to the number of Iranians travelling to Georgia increased from 21,300 in 2010 to 89,600 last year. The Georgian statistics agency reports that bilateral trade rose from 70 million to 118 million US dollars a year over the same period.

Meanwhile, the Wall Street Journal report said the number of Iranian companies registered in Georgia had increased from a few dozen to 1,489.

After the newspaper article appeared on June 20, the American embassy in Tbilisi issued a statement.

“The US government is focused intently on shutting down any Iranian attempts to evade sanctions, including through possible business connections in Georgia.… We are working closely with the Georgians on this issue,” the statement said.

It went on to add that “contrary to certain statements in the article, we see undiminished interest on the part of Georgia's government in strong relations with the United States, and a continued strong desire for Georgia’s Euro-Atlantic integration”.

The statement also said that US government concerns about Iranian evasions of sanctions had been increasing over recent years, and “pre-date the current Georgian government”.

Speaking on June 21, Georgian justice minister Tea Tsulukiani said her government was carefully monitoring all Iranian business activity to ensure that the rules on sanctions were followed. For instance, she said, the authorities had frozen about 150 bank accounts belonging to Iranian companies and individuals.

At a July 3 press conference, Prime Minister Bidzina Ivanishvili did not comment directly on the visa issue, but stressed that his government was fulfilling all its obligations.

“We maintain good, neighbourly relations with Iran, but at the same time we are fulfilling all United Nations decisions in order to prevent embargoed funds or goods from entering our territory,” he said.

“The Georgian government is currying favour with its Western and American masters in an attempt to win certain benefits from them in return,” he said on July 7, warning that the move would have a “negative effect” on relations.

Panjikidze insisted that her government wished to continue building a strong trading relationship with Iran, but economists said the end of visa-free travel would inevitably cut Iranian investment levels.

“This is a very sensitive matter and you can’t draw conclusions. There are two issues here. One is that Iran is enemy number one for our main strategic partners,” Elene Khoshtaria, co-head of the Georgian Reform Association, told IWPR. “The second is the regional and economic situation. It’s clear that cancelling the visa arrangement is going to harm economic activity and reduce its scale.”

As for the reasons why the Georgian government felt it necessary to end visa-free travel, Khoshtaria said it did not seem to have been prompted by “categorical demands” from Georgia’s international partners.

“If the matter was nevertheless coordinated with them somehow, then it was the right decision,” she added.

Tina Zhvania is a freelance journalist in Tbilisi.

Georgia, Iran
Diplomacy
Connect with us