Scarcity of in-patient care means that many struggle to access help.

Scarcity of in-patient care means that many struggle to access help. 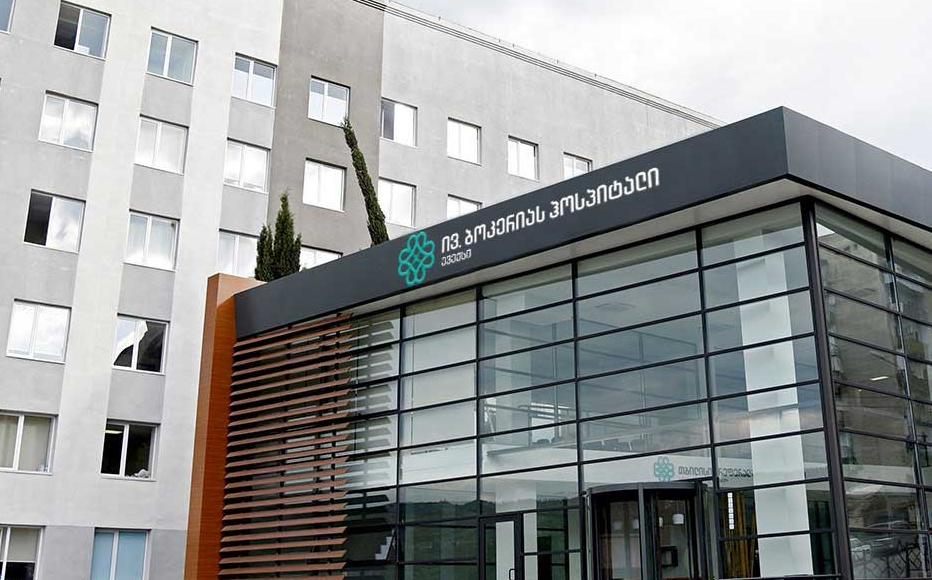 Marina has spent many anxious hours trying to find a bed on a psychiatric ward for her 34-year-old son, who has periodically needed emergency treatment since his diagnosis of schizophrenia ten years ago.

“The police and the emergency services always come quickly, but then we have to wait hours to find a free place,” the 52-year-old said, adding that “he himself is very disturbed about his condition and other family members are affected as well”.

Finding an in-patient place for mental health treatment is extremely difficult in Georgia.

There is only sufficient hospital accommodation for around 1,200 patients across the entire country, although according to the National Statistics Office, up to 20,000 people were believed to be dealing with mental health disorders in 2019.

The scarcity of beds means that psychiatric hospitals and mental health wards take patients for only two weeks at a time, considered the critical period in which patients may be particularly vulnerable to suicidal thoughts and other extreme symptoms.

“Only around 50 per cent of the requests can be provided with the treatment service in the hospitals,” said Manana Sharashidze, the head of the Georgian Mental Health Association. “If 700 patients need to be hospitalised per month, only 300 of them might get in.”

Those who are unable to find a hospital bed are simply sent home. Eka Chkonia, head of the Society of Georgian Psychiatrists, stressed that this could have disastrous consequences.

“Some people won’t eat food if they have a high degree of anxiety, or they can harm themselves because of suicidal thoughts,” she said. “This is why it’s critically important to provide such cases with hospitalisation and special treatment right away.”

She said that when one of the mental health departments at the Bokeria Tbilisi Referral Hospital closed down in July, this had a severe impact on service provision.

“Bokeria Referral hospital could provide 18 beds, which is not a huge number at first glance, but these 18 beds mean around 36-40 cases of critical condition needing urgent treatment per month,” Chkonia said.

Some experts argue that lack of funding is at the heart of the problem, with the monthly state budget given private clinics to maintain mental health departments insufficient.

Bokeria Referral hospital received 30,000 GEL (9,600 US dollars) per month, which Chkonia said was not nearly enough to support its services.  The hospital administration decided instead to transform the department into a vaccination centre.

“Now the department has twice the budget,” Chkonia said. If doctors there were paid 600 GEL (190 dollars), now they receive 1,700 GEL (550 dollars). So the vaccination centre is twice as profitable for the clinic and the medical staff are way more content as well.”

There are currently 11 mental health clinics in Georgia, three of them part of large psychiatric hospitals.

Some contend that the problem is not the number of hospitals and beds, but the distribution of the service across the country.

“For 100,000 people we have 32 beds,” said Giorgi Geleishvili, a psychiatrist at Tbilisi State University. “Proportionally, Italy has fewer beds for this amount of people. The problem here however is the distribution, how these beds are spread throughout the country and the lack of other services, forcing all kinds of patients to turn to hospitalised treatment.”

While there are several large psychiatric clinics in the west part of Georgia, including Khoni, Batumi, Kutaisi, Terjola and Senaki, there are none at all in the Kakheti region. A patient in need of urgent care has to travel all the way to Tbilisi, Rustavi or Surami.

“Just yesterday we had a patient who needed hospitalisation and the first and nearest clinic was 60 kilometres away,” Geleishvili said. “We couldn’t find any places there, so we had to move her 180 kilometres away from home. One of the crucial things is to arrange the hospitalisation spots close by and available for all citizens.”

Another issue which overloads the system is that 80 per cent of in-patients have chronic conditions rather than being admitted for short-term care.

“Urgent, critical cases and long-term, chronic patients should not share the same space,” Geleishvili said. “Those patients who need long-term care should have access to home services or family-type shelters. But here as well, both services are far from perfect. We have only 33 community-based mobile teams and just a few shelters.”

At the same time, the system’s financing forces clinics to keep the beds continuously occupied, as the state budget is decided on the basis of how many active places each centre has. Any empty beds means that the hospital has to pay money back to the state.

“Clinics need to get a budget according to each and every patient they receive and discharge, not according to the beds that are occupied,” Geleishvili said. “In this case, if the financing system changes, the problem will be solved in a month.”

For Marina and her son, there are no guarantees of access to treatment next time he has a relapse.