Mountain villagers take over disused army base because their own homes are falling apart.

Mountain villagers take over disused army base because their own homes are falling apart. 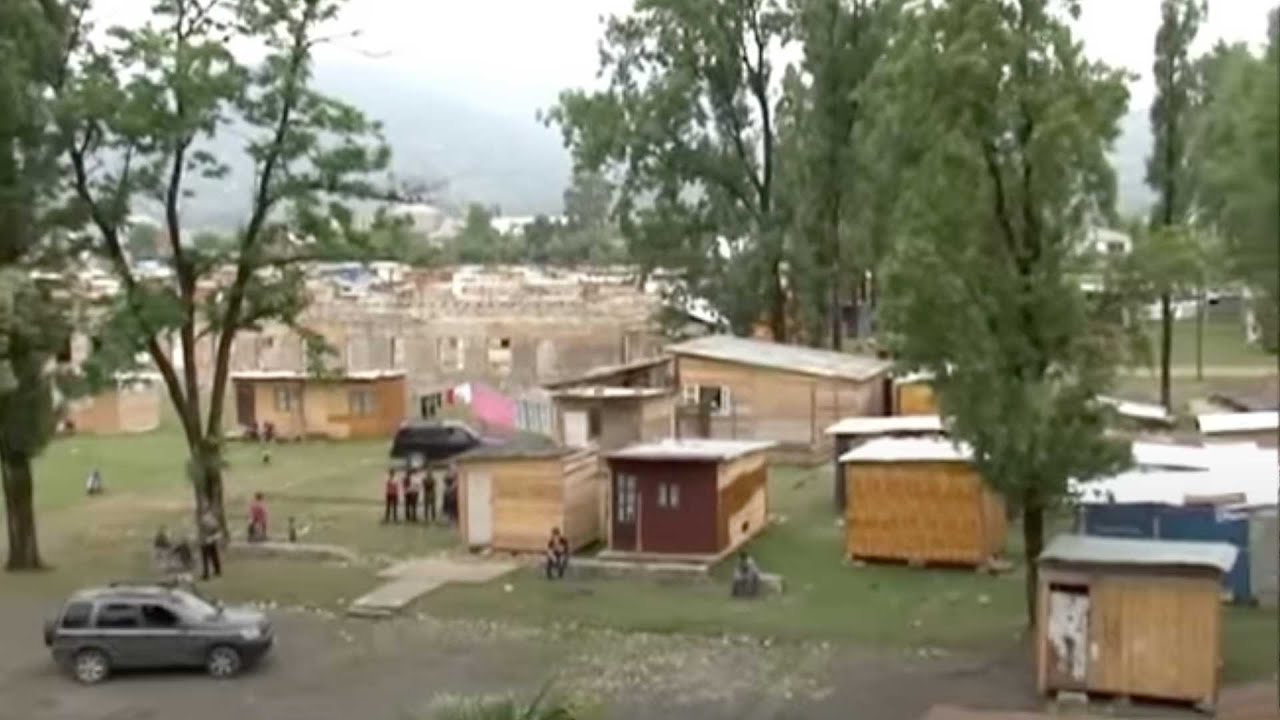 This film shows the lives of villagers from the mountains of Ajara in southwest Georgia. Because landslides have destroyed their homes or left them at serious risk of collapse, they have moved to a lowland area and set up a makeshift settlement.

With no basic amenities, the squatter camp on a disused army base at Khelvachauri, southwest of Batumi, is jocularly known as “Dream Town” by the residents.

The villagers are in limbo, as the authorities say they must move out, but have yet to complete a process that is supposed to determine whose claim to resettlement is genuine.

Successive Georgian governments have had a policy of shifting mountain communities to lowland areas wherever seismic or other conditions mean life is no longer viable. But it is a slow process, and not everyone benefits from rapid resettlement after their village is hit by a landslide. (For more on this issue, see Georgian Villagers on Shaky Ground.)

This documentary film was made as part of IWPR’s Building Bridges/Building Capacity project, supported by the Norwegian foreign ministry.