Georgia: IDPs More Isolated Than Ever

The Covid-19 quarantine means many lack access to basic services.

Georgia: IDPs More Isolated Than Ever

The Covid-19 quarantine means many lack access to basic services. 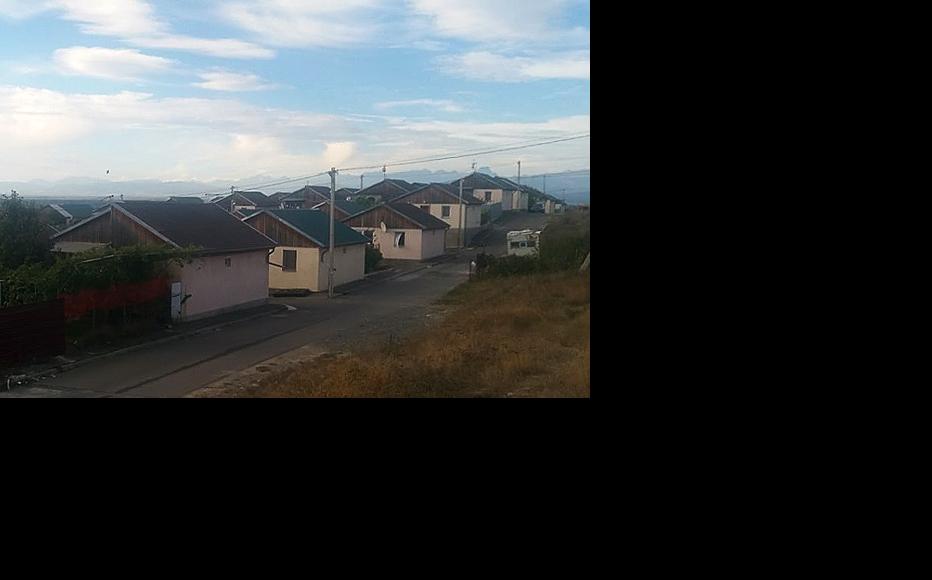 One of the IDP settlements. (Photo: Nino Chibchiuri) 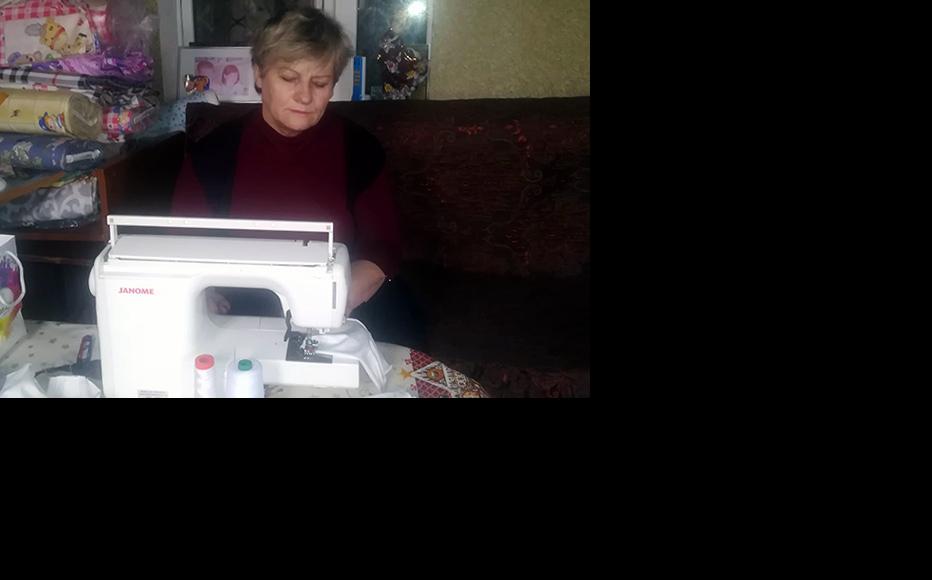 Galina Kelekhsaeva in her home, sewing face masks. (Photo: Nino Chibchiuri)
The link has been copied

Nana Kakhniashvili has been self-isolating with her young child for more than a month at their home in the Internally Displaced Persons (IDP) settlement of Tserovani.

The 47-year-old, who fled from the Liakhvi Gorge during the 2008 war with Russia, said the coronavirus crisis was proving particularly traumatic for IDPs like her.

“I am afraid to even go outside, to touch something and bring it into my home,” she said. “Even my child fears going to the gate in our own yard. After 2008, when we had no work, we eventually found some means of employment but now that transportation has been forbidden, it makes our situation that much harder.

“Our lives will likely be harder than even in 2008 and 2009. Now everyone has their own problems, so who will have time for us?”

Many of those forced to leave their homes as a result of the August 2008 war say that they are struggling to cope under the new restrictions imposed as part of Tbilisi’s response to the pandemic.

Around 26,000 people from South Ossetia were classified as IDPs after the war, and the government provided seven purpose-built settlements in the Gori municipality for those who needed rehousing.

However, only two are near cities, with the rest situated in more remote countryside and far away from essential services. With severe restrictions on movement imposed since the government declared a state of emergency on March 21, IDPs say they find themselves more isolated than ever.

“There is not a single pharmacy here; the only supermarket in neighbouring Nadarbazevi was emptied out during Easter,” said Temur Babutsidze, a 72-year old who lives in an IDP settlement in Khurvaleti. “I have no more medicine, and have not been able to collect my pension this month.

“The government did provide us with basic goods, right now we are eating beans and canned goods, but we have no idea how long we can survive like this. There are people here who have cancer and require chemotherapy that they cannot access until the roads open. Despite being in pain, they too cannot access the medicine they need. When we call the government assistance number 144, no one answers.”

Psychologist Mariam Gochiashvili said that current circumstances had re-awakened trauma suffered by IDPs during the 2008 war, further exacerbated by the isolation measures.

"The post-traumatic condition can last a long time, and one can only overcome it with the help of a psychologist and the support of loved ones,” she said. “IDPs were better able to deal with hardship after the war because they spent the difficult days together. But adhering to the isolation required by current restrictions will further help to awaken traumatic memories.”

Officials said that they were doing whatever they could to ensure IDP communities were being looked after.  Shida Kartli deputy governor, Amiran Kristesiashvili, said that the government was in constant communication with the settlements.

“While there are no pharmacies in any of the settlements, we have representatives at each settlement and everyone knows my contact number. We are well organised when it comes to IDPs,” Kristesiashvili told IWPR.

As to travel restrictions, he added, “IDPs are also granted temporary passes so they can travel for specific needs without encountering any problems. They are able to call the hotline or communicate with me directly.”

Local municipalities with IDP settlements - including Kurti, Eredvi, and Tighva - also say that they are meeting the needs of the people there.

However, not everyone agrees. In the Skri IDP settlement, where 86 families were settled after the August war, people complain that their lives have been made particularly difficult by the travel restrictions.

Residents can no longer do seasonal farm work in neighbouring areas, from which they used to make approximately 20-25 GEL a day (six to eight US dollars). They are also currently unable to access the plots of land many were given after the war.

Revaz Kakhniashvili, former Shida Kartli deputy governor, explained that while farmers were allowed to travel between the hours of 6-8am and 6-7pm to tend to their crops, it would be hard for IDPs to meet this schedule.

“The majority of the IDPs’ lands are located far from settlements, which is bad for everyone,” he said. “Then there is the fact that it is the spring and people need pesticides, herbicides etc. The time allotted twice a day for farmers to travel is not enough for what these people need in order to tend to their land. In my opinion, these are very unreasonable and pointless restrictions.”

Another issue, although this falls outside of the jurisdiction of local authorities, is internet access within the settlements.

“We have problems accessing the internet and when we do, it’s always a bad connection,” said Elene Khaduri, a 16-year old student living in the Skra settlement. “Most of the time, I need to use mobile internet, but many don’t even have access to that. So they can’t do their homework and they’ll certainly fall behind in school.”

Keti Javakhishvili, who lives in the Khurvaleti settlement, managed to connect her mobile internet to her computer but said, like many others, that she was still struggling.

“I used to study in Tbilisi but I could not stay there anymore because of the virus,” she explained. “I had to return to the village where there is no internet anywhere. I was able to get a mobile package for a certain period, with which I can use my computer to tune into online lectures and send in homework. But this process is not smooth, even professors have not been able to work out the process, which creates fear for the final exams.”

When the government announced its plan to deal with the crisis on April 24, there was no specific mention of IDPs. Activists say that this was a mistake, as IDPs have specific needs which need addressing.

"IDPs fall into an especially vulnerable category and need more attention,” said Lekso Merebashvili, a lawyer for the Human Rights Centre. “During the state of emergency, the government should have assigned the task of coordinating the urgent needs of IDPs to a separate agency. Additionally, there could have been more utility benefits for them. Some settlements are completely cut off from other villages or cities; these settlements require additional attention.”

Galina Kelekhsaeva, from the Shavshvebi settlement of 177 families, has taken matters into her own hands to help the local community.

With the support of the IDP women’s association Consent, she turned her home into a sewing workshop making face masks which she distributes for free among her neighbours.

“I’m using cotton to sew the face masks, for which there is a great demand due to the heavy restrictions placed on movement,” she said. “I and another woman were able to sow 300 face masks that we gave out in the settlement, now we are making 100 more. How can I say no, when people come to my door asking for them?”

Kelekhsaeva has also provided 25 face masks to a home for the elderly and 30 to the Biliki community NGO in the Shida Kartli region.

She said, “So far I have enough supplies and hopefully I’ll be able to continue meeting the demand.”

Coronavirus Pandemic, Giving Voice, Driving Change - from the Borderland to the Steppes
Georgia
Coronavirus, Internally displaced
Connect with us