Georgia: Fighting the Stigma of Cancer

Georgia: Fighting the Stigma of Cancer 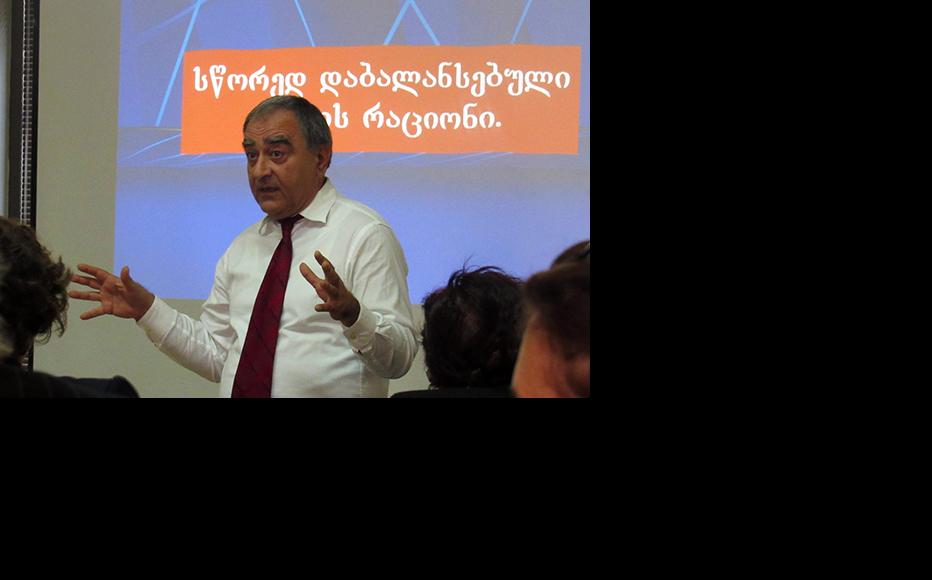 When 46-year old Darejan Berishvili made a routine visit to the newly-opened cancer screening centre in her home town of Zugdidi, she expected to receive a clean bill of health.

However, despite having experienced no discomfort, testing revealed she had a stage two malignant tumour in her breast.

“The fact that it was discovered at a still relatively early stage is what I suppose I owe my life and current health to,” Berishvili said. After diagnosis, she had successful surgery in Kutaisi.

Medical professionals in the Georgian region of Samegrelo-Zemo Svaneti, which has historically reported high rates of cancer, say that local efforts to raise awareness of the importance of routine screening are paying off.

“The sizeable discrepancy of the cancer mortality rates between the developed and developing countries are largely down to successful early stage detection,” said Ioseb Abesadze, director of Tbilisi’s Cancer Prevention Centre. “And in that, screening plays a pivotal role.

“The developed countries of the world made every effort to make screening a popular practice, to turn it into a routine healthcare procedure, while in countries such as Georgia we still have to convince large parts of the population of the benefits of screening.”

He said that only between 12-15 per cent of people access cancer screening services in Georgia, whereas around 40-60 per cent of the target population needed to be screened to effectively reduce mortality.

A lack of information, fear, and stigma around cancer mean that many people are reluctant to even take part in screening programmes. Practitioners say that a more open discussion between healthcare providers and patients is needed to change these attitudes.

“A systemic change of the perception of the problem is needed to successfully overcome this obstacle,” Abesadze said. “Communication with the target audience should be bolstered so that the correct culture of taking care of one’s health is finally introduced at grassroots level and not looked at as something only available to those who can afford it. You should take care of your health while you are healthy because it might prove too little too late if you only start doing it once your health falters.”

Detection rates have improved since a national cancer screening programme was launched in Georgia in 2008. In the early days of the programme, most identified cases were already at Stage IV and largely untreatable.  By 2016, cases caught at Stage I and II had significantly increased.

But awareness raising is particularly important for rural populations who have less access to medical care.

The Zugdidi Screening Centre, opened in October 2019 with financial support from the Czech Development Cooperation and Caritas Czech Republic in Georgia (CCRG), aims to improve early testing for a range of common cancers for the nearly half-a-million people living in Samegrelo-Upper Svaneti.

The region has reported relatively high rates of cancer in recent decades. Some experts attribute this to the consequences of the Chernobyl disaster 34 years ago; this western part of Georgia was believed to have been badly affected by the subsequent radioactive cloud.

There is also a large proportion of internally displaced people (IDPs) from previous rounds of conflict in Georgia.

“The Samegrelo region and particularly the city of Zugdidi are the most densely IDP populated areas in Georgia,” said Rema Ghvamichava, director of the Zugdidi screening centre. “That’s why around 35-40 per cent of those depending on the Zugdidi Screening Centre are IDPs. Among this, around 10 per cent are from Abkhazia.”

Tamuna Kurtanidze, project manager at CCRG, agreed that the centre had been a game-changer for IDPs, refugees and residents of Abkhazia who had since gained access to facilities that were otherwise seriously lacking.

“Our story of establishing the screening centre started almost a decade ago with an education campaign on the importance of cancer prevention and fighting cancer stigma. We continue this approach by reminding citizens to do regular check-ups even if they don’t have any symptoms. This education campaign is even more important in remote rural areas where accessibility to information is less available. To change this, we go door–to–door and from person-to person sending the message that between 30-50 per cent of all cancer cases are preventable if we lead a healthy lifestyle and do regular medical check-ups,” Kurtanidze said.

The centre has so far provided services to more than 1,600 individuals from the Samegrelo-Zemo Svaneti region. Numbers are growing, though there is still a large difference between men and women when it came to screening. Staff note that men are more likely to attend the centre after someone in their village is diagnosed and treated for cancer.

Giving Voice, Driving Change - from the Borderland to the Steppes
Georgia
Health
Connect with us