Country at particular risk due to lack of control over its occupied territories.

Country at particular risk due to lack of control over its occupied territories. 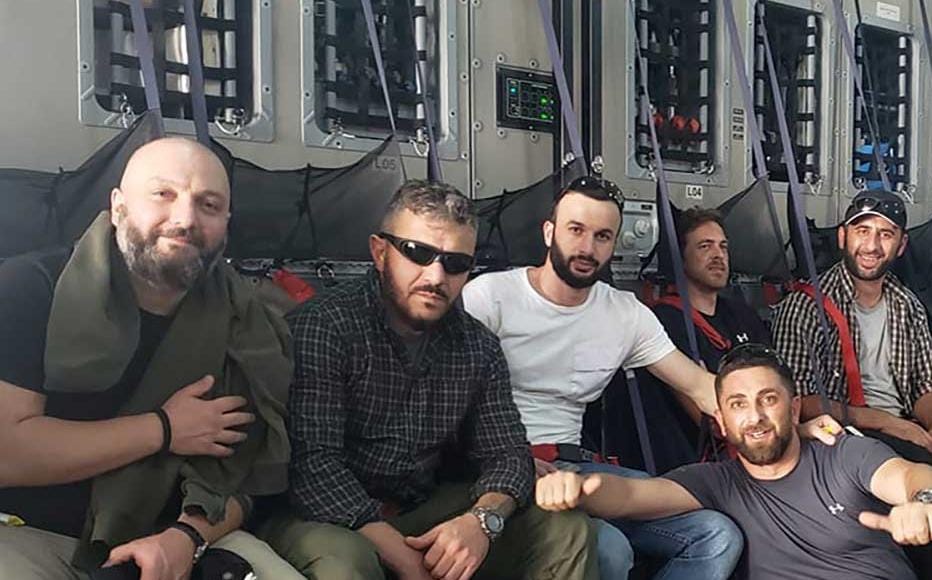 Experts in Georgia warn that the Taleban takeover in Afghanistan is set to have a direct impact on drug trafficking and domestic crime, exacerbated by the absence of government oversight over Abkhazia and South Ossetia.

According to the latest research from the Georgian ministry of foreign affairs, 35 of the around 200 routes for transporting drugs from Afghanistan to Europe pass through Georgia and Azerbaijan. Georgia’s occupied territories also provide a strategic resource for the transit of illegal drugs.

“In Afghanistan, opium is the most lucrative agricultural crop, and …consequently, the Taleban’s greatest source of income – narco-traffic – is growing exactly in this direction,” said Levan Jangriashvili, who first visited Afghanistan in 2012 on a Georgian army peacekeeping mission and returned to work there as a private contractor in 2018. “

He noted that whereas the international forces previously had managed to assert some control over production and transit of drugs, it was now completely in the hands of the Taleban.

“The presence of coalition forces in Helmand and Kandahar provinces prevented the free movement [of drugs] as we blocked their passage, carried out the confiscation of drug products, and destroyed the laboratories where they chemically created heroin,” he said. “That’s exactly what caused the hysterical resistance that we faced in Helmand – 80 per cent of heroin in the global black market comes from this province.”

Regional specialist Gigla Baramidze said that he had witnessed how the industry had nonetheless continued to flourish during the time he spent in Afghanistan.

“I have seen with my own eyes hectares of rented poppy plantations,” he continued. “People involved in this business have lots of money and incredibly modern communication technologies. They themselves are restricted from using it under sharia law, but clans have redistributed the plantations and made an agreement on their prices. It’s all a great source of drug-trafficking and whoever oversees it has billions.”

Analyst Zura Batiashvili also said that with the outflow of drugs potentially the Taleban’s main source of income, this posed a significant threat to countries in the region – including Georgia.

“Drugs from Afghanistan go to Iran, and from there they come to Georgia,” he said. “Now when Afghanistan’s economy is in a catastrophic condition and people are on the verge of starvation, of course the production of drugs will increase there, which, naturally, will increase its export abroad- including its inflow in Georgia.”

Jemal Janashia, the former head of the ministry of internal affairs counter-narcotics bureau, said that drug smuggling from Afghanistan had already begun to focus on the Caucasus and Eastern Europe as a transit route.

“They are increasingly using the Black and Caspian Sea basin, which starts in Iran and runs through the Caspian Sea to Azerbaijan, Georgia, Ukraine and Romania,” he said.

Opiates coming from Afghanistan have long been smuggled through Turkey, first to the Balkans and then to Western Europe. In the last three years the Turkish authorities have cracked down on the drug trade from Afghanistan, seizing 20 tonnes of heroin on two separate occasions along with large-scale arrests.

While this Turkish initiative also benefits Georgia as well, the uncertainty posed by the country’s occupied territories continues to leave it particularly vulnerable to the drug trade.

“The international drug industry also uses Georgia’s occupied territories – that are in a domestic and international vacuum - for the transit of drugs,” a recent UN report explained. “The international narco-mafia uses this well to their benefit. Often, it is exactly from these territories that the drugs are transited to Europe and enter Georgia.”

Otar Kvirikashvili, an analyst at the Georgian Media Group, said that the lack of government control over the regions created ideal conditions drug trafficking from Afghanistan.

“We remember the period in the late 1990s, when the Pankisi Gorge [in eastern Georgia] was similarly not controlled, when the criminal gangs controlled the situation there,” he said. “Apart from the transit of drugs, narcotics were actually stored on the spot and virtually the entire region was turned into a trading post, which significantly increased the number of drug users during that period, when even schoolchildren were using drugs.”

He concluded, “This is exactly the danger we face now, the first being the heavy traffic of narcotics from Afghanistan through the occupied regions, and the second, the actual storage of drugs in those areas.”

"The easiest route for drugs coming to Georgia is through Azerbaijan, from where it is ready to be distributed,” he said.  “It is difficult to control, thousands of people come and go and have to be searched. One empty truck can store several hundred kilogrammes of drugs in a special hiding place and transport them internationally.”

The ministry of foreign affairs and the state security service of Georgia told IWPR that the issue fell under the remit of the ministry of internal affairs, which in turn said that it would deal with all unlawful activities