"No government can claim an error-free operation."

"No government can claim an error-free operation." 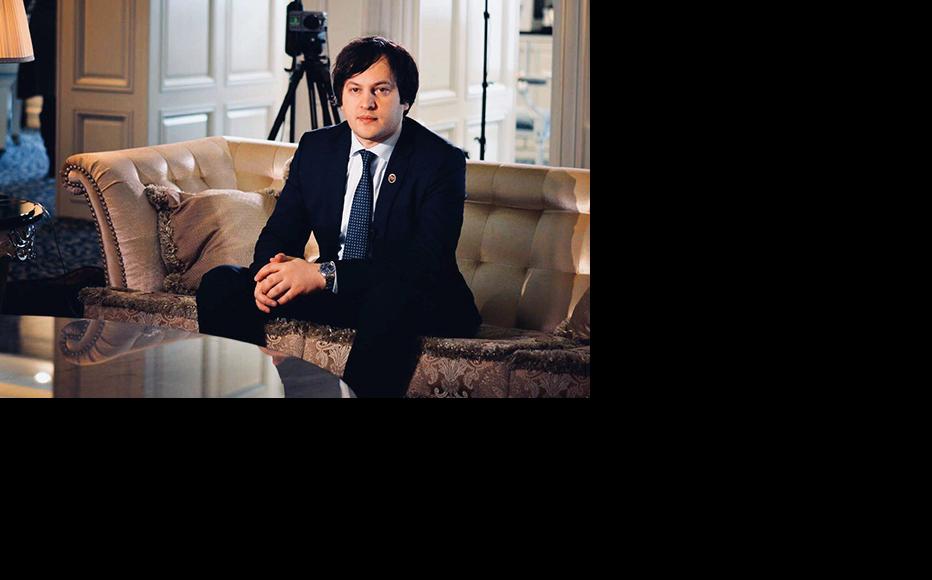 Former parliamentary speaker Irakli Kobakhidze. (Photo courtesy of I. Kobakhidze)
The link has been copied

Former parliamentary speaker Irakli Kobakhidze stepped down in June last year following mass protests that erupted after Russian lawmaker Sergei Gavrilov sat in his seat during a visit to the Georgian parliament. Still a leading figure in the ruling Georgian Dream party (GD), Kobakhidze only agreed to answer IWPR's questions via email.

In a recent interview, you claimed GD’s projected votes amounted to 60 per cent. What research is this based on?

A trustworthy company conducts election surveys for the party to reliably predict the election results and successfully plan its electoral strategy. These surveys show that GD is going to achieve a landslide victory in the upcoming parliamentary elections. Several local and international organisations are also conducting surveys, which show the same figures for GD. Even the opposition commissioned surveys that prove GD in the lead. This gives the ground to conclude GD will decisively win and form the government without the need to form a coalition.

If your prognosis does not come true, which political forces would GD consider entering an alliance with and which ones would they rule out?

Speaking in general terms, forming a coalition is part of democracy but the experience varies by country. To illustrate, the UK usually has a single-party majority government while in Germany the coalition government is the norm, as it is rare for parties to win an absolute majority in a national election. To apply this to the Georgian context, the country has experience of forming a coalition; however, the upcoming elections have proven that GD and its opponents enjoy sharply different values, as well as visions and aims for the nation. To elaborate, the political opposition spectrum is more scandal-plagued. It can be divided into two groups: the UNM and its affiliated parties who had failed for a decade in the office with its rancorous regime, offers little new and sharpens its ungrounded accusations - and openly pro-Russian parties that are contrary to GD’s declared west wise course. With these factors mentioned previously, GD, due to ideological differences, makes it hard to team up on the ideological and value level. For this reason, forming a coalition with such parties would undermine the trust of citizens towards the GD party.

What were, from your perspective, GD's biggest shortcomings during its eight-year tenure at the helm?

No government can claim an error-free operation. However, unlike its predecessor, GD is confident that there is no roster of weaknesses. Heritage Foundation, World Bank, Fraser Institute, World Economic Forum, World Justice Project, Reporters Without Borders and in general, international society assess Georgia as a leader of championing democracy in the region. The world rankings by trustworthy international organisations is solid proof that there has not been any severe violations and the country develops in a value-based decision of Georgian people. In addition, the GD-led government realizes that there is always room for improvement.

Do you plan to re-impose a curfew & other restrictions after the elections if the Covid-19 situation remains the same or gets worse?

As the Georgian prime minister announced, “the strategy is to maintain the balance, which means only certain restrictions will be introduced upon necessity, there will be no lockdown”. At the same time, one must consider the government will act upon necessity rather than predict any restrictions and therefore, as of now, there seems no need to announce a countrywide lockdown.

What would you say to certain political actors in the West who are increasingly vocal in accusing the government and the party’s founder, Bidzina Ivanishvili, of Pro-Russian bias?

For simple comparison, under the previous government the Russian Federation was exceptionally successful in terms of expanding its influence and achieving its aggressive goals towards Georgia. As a result of the previous government’s applied politics, among other: Russia managed to occupy 20 per cent of Georgian territories; Georgia’s Western integration has been hindered; the Russian Federation has ‘declared’ ‘independence’ of occupied regions of Georgia; and economic facilities of strategic importance have been purchased by Russian companies.

Thanks to the pragmatic and strongly pro-Western policy of the GD, Georgia managed to essentially change the situation and strengthen its positions. In particular, during 2013-2020, association and free trade agreements were signed with the EU. Integration into European and Euro-Atlantic structures was elevated to an obligation in Georgia’s constitution back in 2017.

Georgian citizens enjoy visa-free travel with EU member states, strategic cooperation with NATO has been unprecedentedly strengthened; amid tensions in the region, Georgia maintains peace and a high pace of development.

The strategic partnership with the US has achieved an unprecedentedly high level – Georgia has strong bipartisan support.

The US has made an unprecedented decision to impose financial sanctions on states breaching the non-recognition policy of the occupied Georgian regions; the number of resolutions adopted by international organisations in support of Georgia has increased to an unprecedented level.

Significant steps have been taken to diversify electricity supply sources. Accordingly, the amount of electricity imported from Russia decreased to 14 per cent of total imports.

In 2017-2018, the GD party led efforts to enact major constitutional reforms that transformed Georgia into a parliamentary republic.

Despite political speculation, the GD-led government and the citizens have remained steadfast in their choice which has been demonstrated by different opinion polls.

According to surveys, around 80 per cent of our citizens strongly support both the NATO integration and EU accession of our country. The speculations by the UNM and other affiliated radical opposition parties have no ground, which is clearly demonstrated by the above facts.

Georgia
Elections
Connect with us