Georgia: Are Migrants a Threat to Society?

Citizens from the Middle East, Africa and Asia say that they are being routinely discriminated against when applying for residency.

Georgia: Are Migrants a Threat to Society?

Citizens from the Middle East, Africa and Asia say that they are being routinely discriminated against when applying for residency. 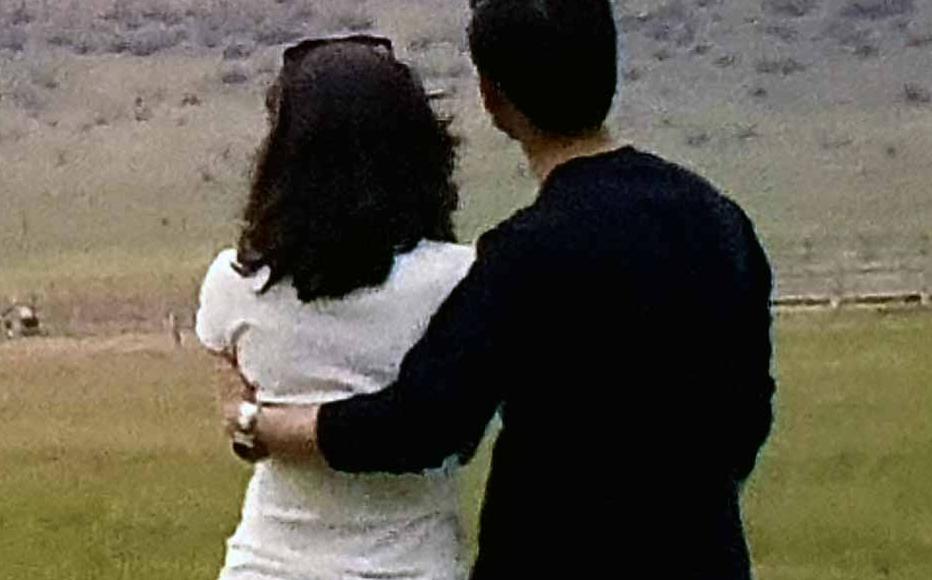 Hasan has been living and studying in Georgia since 2013. After marrying a local, he decided to stay and apply for a residency permit in 2019 only to be denied. Since then, he has been involved in a three year long appeal process to overturn the decision. © Hasan
The link has been copied

Hasan, 28, has been living in Georgia since 2013 when he arrived from Iraq to study medicine. By 2019, having met a local woman, got married and graduated, he decided to apply for a residency permit to stay in Georgia.

“I was already married to a Georgian girl, I was getting my diploma, I had all my documents ready and I was even speaking a little bit of Georgian, but I still got a rejection from the ministry of justice [which deals with such applications],” he said. “And since then I've been waiting for my situation to be resolved.”

Hasan’s situation reflects that of many migrants who have come to Georgia from locations as diverse as Syria, Iraq, Iran, India and several African countries. Some find themselves waiting years to receive an answer as to why their application has been rejected, although Georgia advertises itself as a country in which foreigners are welcome to take up residency.

The rejections are based on Article 18 of Georgian law, which refers to persons who are considered a threat to Georgian society and state security. Campaigners fear that this pattern reveals an unspoken policy of discrimination against people from certain countries.

“All rejections towards people coming from Asian and African countries are carried out on the basis of Article 18,” said Rusudan Nanava, a lawyer who works with migrants in Georgia. “This is humiliating for a person who has never committed any crime in Georgia or elsewhere.”

“It is obvious that all sorts of denials are united under Article 18,” Navana continued. “Even when somebody has an error in documentation or a minor mistake, the conclusion of the rejection is still Article 18. It’s absolutely wrong to use such a serious accusation so frequently, without any ground, to all sorts of different cases. The problem is not just an unfair decision in most cases, but also what comes next – the process of appeal.”

Hasan initially tried applying to the ministry of justice for a second time but after a further rejection decided to hire a lawyer and try his luck in court.

“The first court case was in August 2019,” he recalled. “It was one of the most stressful and emotional days in my life. We were so nervous about the decision - my wife was crying; her father was crying too. A very intense moment.”

The judge decided to overturn the rejection and ordered the justice ministry to review the case again, a process can take months or even years.

Hasan had to wait two months to receive the court documentation and then a further six weeks for the justice ministry to re-examine the case. The second hearing, scheduled in February 2020, was cancelled shortly before it was meant to take place and postponed for more than a year, until June 2021.

“The courts on their part are trying to delay everything and slow the process as much as possible,” Hasan said.

Although Hasan won his case, he said that he was still waiting to receive his documentation.

“It’s okay to wait for a month or two, but it’s absolutely crazy to wait for two years,” he said. “I can’t leave the country and see my family back in Iraq. I can’t start working here, and meanwhile we’re expecting a baby very soon. These two years of my life and career are just thrown away for no reason.”

Mohamad, a 23 year-old from Syria, had a similar experience in his attempts to gain residency. Having arrived in Tbilisi to study medicine in 2017, he found his application for a student permit rejected the following year under Article 18.

Mohamad had to go back and forth between the courts and the justice ministry three times before he finally winning his case in the high court. But even now, he is still waiting for his documents, with little idea as to when they will arrive.

“I love Georgia, I love these people and I want to finish my studies here,” he said. “I haven’t seen my family for three years already. If somebody dies there, I can’t go and visit. While here, I can’t get my vaccination, I can’t do money transfers and I can’t even easily reach the doctor, since I don’t have an ID.”

With one year left before he graduates from Tbilisi State Medical University, Mohamad continued, “All I want is to focus on my studies and my dream to become a doctor. Why is Georgia doing this to us? Why and until when should I wait?”

According to statistics from the House of Justice, Georgia has not given any resident permits to Syrian citizens in the last three years. Nanava said that this pointed to “pure discrimination”.

“And of course all rejections were carried out on the basis of Article 18,” she continued, noting that in 2018, Syria recognised the breakaway territory of Abkhazia as an independent state.

“With this instrument, Georgia is punishing Syrian citizens,” she concluded.

The trend to refuse residency applications from citizens of African and Asian countries could amount to an act of discrimination, according to Anzor Khatiashvili, a lawyer with the Tolerance and Diversity Institute.

“We have to study each and every case to determine discriminative context, but the fact that this mechanism is used only against the citizens of African and Asian countries already brings up doubts,” he said.

Kulwinder, a 53 year-old from India, has made a list of 27 fellow Indian citizens and long-time Georgia residents who, like himself, were denied a permit to stay in the country.

“We've been here since 2012,” he continued. “We’ve been investing money and doing business. We have never broken any law; we have never committed any crime. But here and now, Georgia announces us to be threats to the Georgian people.”

Kulwinder recently managed to contact the minister of foreign affairs, David Zalkaliani, and gave him the list of 27 Indians denied permission to stay.

“He promised to help and now we’re waiting for his answer,” Kulwinder continued. “I don’t understand why Georgia treats foreigners like this. We bring investment, we bring money. We don’t do any harm to anybody here.”

In response to questions about the use of Article 18, a ministry of foreign affairs spokesperson said that due to the complexity of the issue they were unable to comment without a case-by-case study.

A justice ministry spokesperson said that the public service development agency, the body responsible for collecting documentation from registering property to applying for residency permits, "has the right to collect and gather all sorts of information about an individual from different state services and departments".

However, the spokesperson continued, the agency did not have full access to the data "as the information gathered might contain state security risks".