For some young men, the sex trade offers an income unavailable in the rest of the cash-strapped economy.

For some young men, the sex trade offers an income unavailable in the rest of the cash-strapped economy. 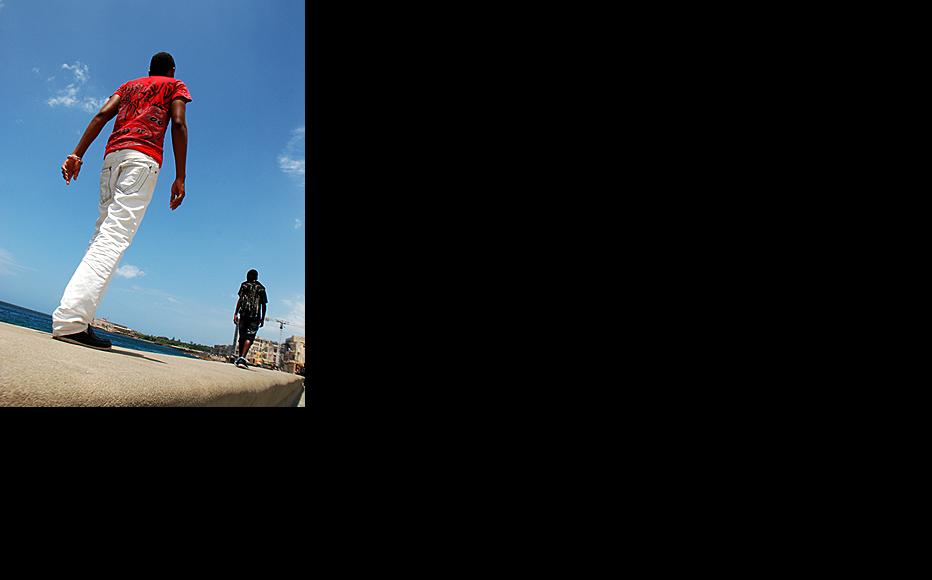 Havana&#039;s Malecón district is popular with foreign tourists, and with the sex workers and hustlers who target them. (Photo: Alexander Robles)
The link has been copied

Carlos Triana dropped out of school when he was about 15 and became a male prostitute in Vedado, a tourist area of Havana.

His family was too poor to buy him shoes or provide food for the school day. “On top of that, I had to put up with being insulted and reviled for being gay,” he said.

So instead he took to leading a double life, pretending to his family that he was still going to school.

“I left really early in the morning and spent all day walking all the way up and down Road 23, trying to pick up a ‘yuma’ [foreigner],” Triana said. “At the beginning, I found it difficult, but now I’m used to it and I always get clients who pay me more than 50 CUC.”

He met his partner, Héctor Bermudez, through the sex trade.

Bermudez became involved because he had to support his disabled mother and his school-age brother.

“My mother had an accident and lost a leg, and soon after that, my dad abandoned us. I wasn’t old enough to work legally, so no one wanted to employ me,” he said.

After the 1959 Revolution, the new Communist authorities made every effort to eradicate prostitution. The revival in the sex trade dates from the early 1990s, when Soviet economic assistance dried up, and the tourist industry started to take off.

The female prostitutes known as “jineteras” who target foreign tourists have been joined by men known as “pingueros”, who frequent an area known as “La Fuente” between Road 23 and Malecón in Vedada, where Havana’s most famous hotels are located. They seek out foreigners, charging them between 20 and 50 convertible pesos.

Some pingueros have come out as homosexual, while others insist they are heterosexual.

As the stories of Triana and Bermudez show, poverty is one of the factors driving young men as well as women to become sex workers.

One young man who gave his name as Roco said that initially, he became a pinguero because he needed the money, but he has carried on so that he can afford to take girlfriends out.

A Havana lawyer said prostitutes of both sexes could expect to be picked up by police.

“Young people who prostitute themselves are initially issued with written warnings by the National Revolutionary Police,” the lawyers explained, noting that on subsequent occasions, “they can be charged with the penal code crime of harassing tourists, which is punishable by one to four years in a minimum-security jail.”

She says she has never seen so many adolescent sex workers as there are now.

“Five years ago, you could say these were isolated cases. Now I know various groups of [teenage] boys who walk the streets every night and sell sex to solve their money problems,” Girón said. “Not all of them share that sexual preference [homosexuality], but they do it out of necessity.”

Psychologist Pavel O. Reyes, who has studied the sex trade in Cuba, argues that “on a subconscious level… it has become as institutionalised in people’s minds as any ordinary economic activity”.

Cuba
Connect with us