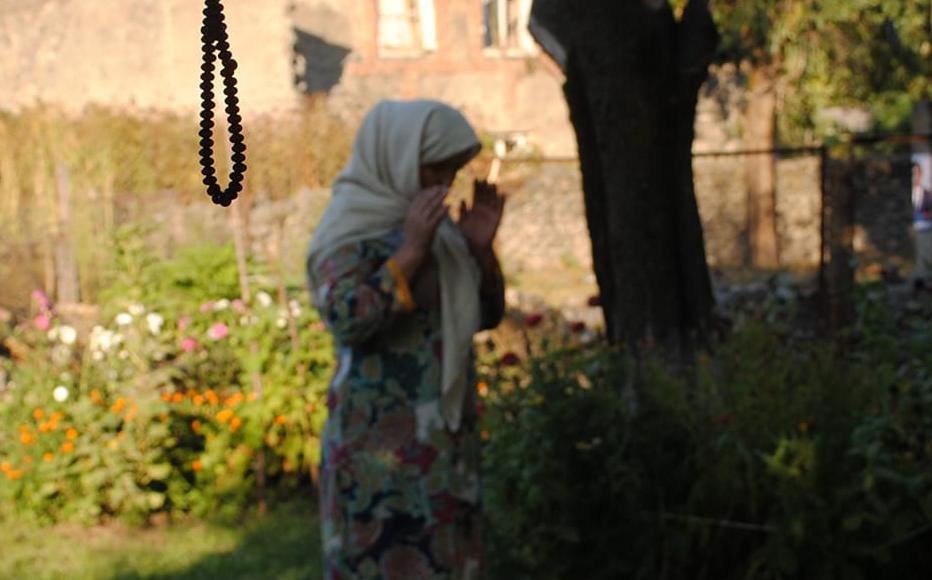 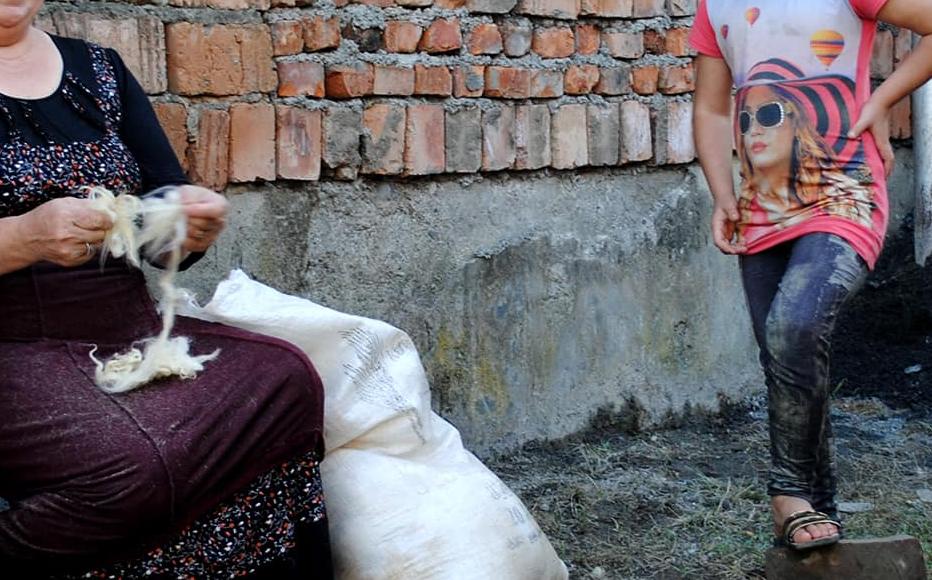 FGM is practised in three villages of the Kvareli district of Georgia – Tivi, Saruso and Chantliskure. © Aida Mirmaksumova 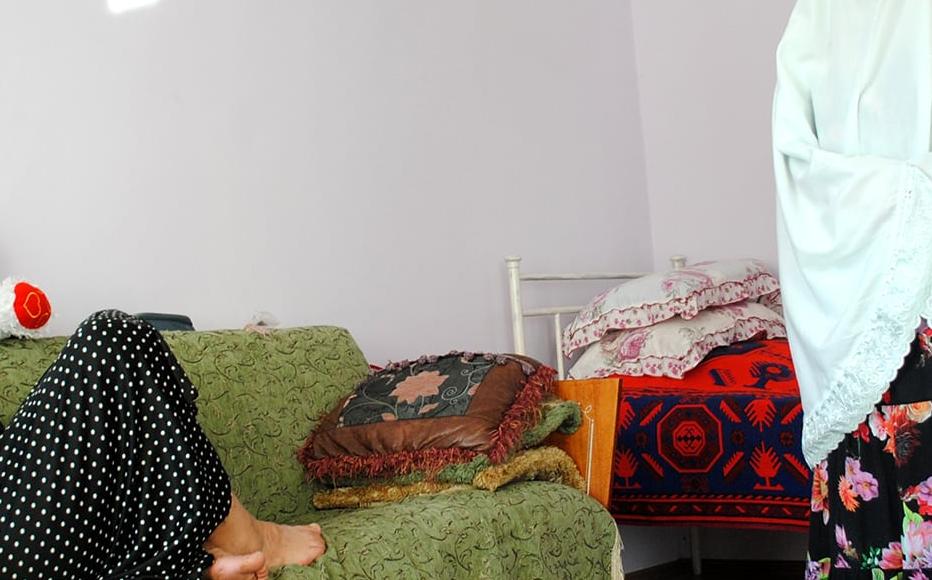 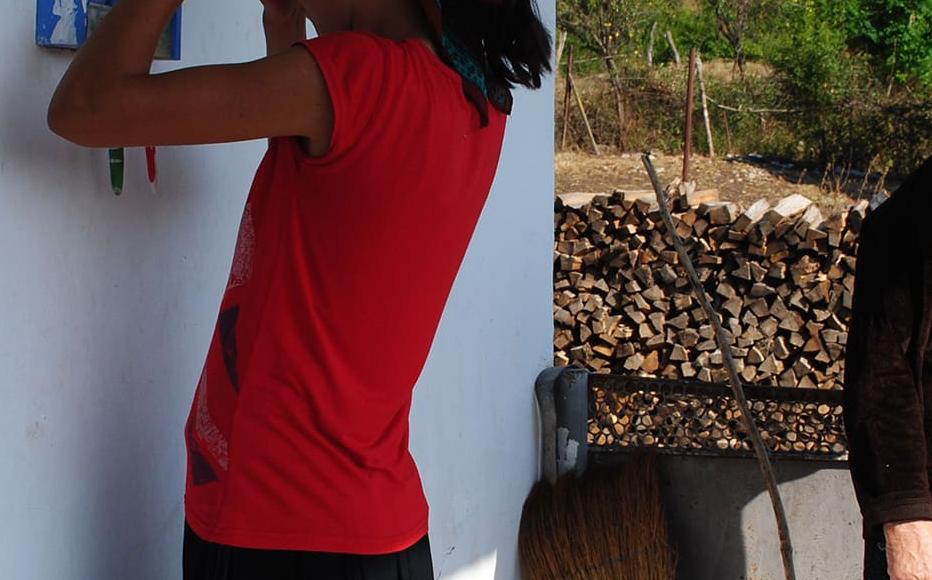 Many Avars say that FGM is an important part of their heritage. © Aida Mirmaksumova 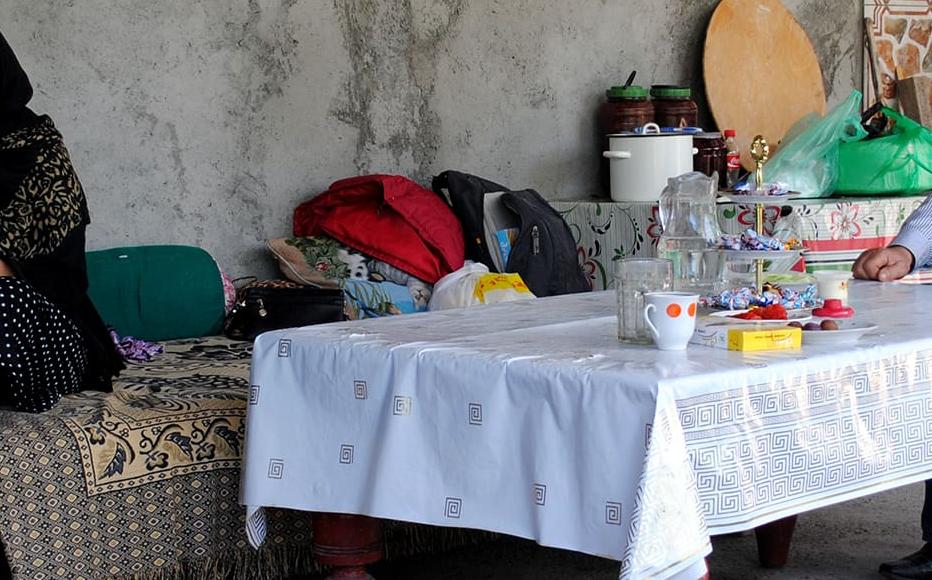 The Avars are originally from mountainous parts of the Russian republic of Dagestan and came to Georgia in the eighteenth century. © Aida Mirmaksumova
The link has been copied

An IWPR investigation has discovered that hundreds of girls from the ethnic Avar community in eastern Georgia are being forced to undergo female genital mutilation (FGM).

The Georgian government has pledged to investigate following the revelation that girls in the villages of Tivi, Saruso and Chantliskure in the Kvareli district, which has a large Avar population, are being cut in childhood.

“We are Muslims. We fast during Ramadan. We observe our Islamic customs. Circumcision is also our custom. We cannot do without it,” said Naida, a woman from Saruso village. Her name, like the other villagers in this story, has been changed.

Georgia´s constitution guarantees every person freedom of religion and belief, but it also enshrines the right to a healthy life.

Moreover, the international convention for the protection of children´s rights, to which Georgia is bound, also applies.

The Georgian authorities told IWPR that they had no prior knowledge of this practice and that no local NGOs or human rights bodies had reported that FGM was being carried out anywhere in the country.

Georgians generally know very little about the Avar community, a native ethnic group in the Caucasus that was historically based in the mountainous part of the Russian republic of Dagestan.  As a result of trade relations with the neighbouring Georgian district of Kvareli in the 18th century, some Avars settled there and around 3,000 of their descendants remain today.

Although isolated from their homeland and living in a remote area of Georgia, the Avars have staunchly preserved their own culture and traditions, including the Avar language, their cuisine, wedding and funeral rites and religious customs. As a rule, Avars marry only within their own community.

Amina Magomedova, a resident of Saruso, has been performing the procedure for the past 20 years.  She does not remember how many girls she has cut, but “there were very many,” she said.

“Muslims perform circumcisions on boy and on girls. I only do girls,” Magomedova said.

When boys were circumcised, they are taken to the district hospital where a surgeon will operate on them.

For girls, the procedure is done at home. The skin is cut with scissors and the wound sometimes cleaned with neat alcohol.

“At the tip of the clitoris is a black dot, this is what I cut off.  This is what I was taught by my mother-in-law.  She was experienced and did this for everyone in the village.  But I do not do this on strangers, only on people I know,” she said.

“With boys it is more difficult, that is why a doctor should do the work.  With girls only an incision is made.  Yes, blood flows, but it is not terrible.  They can put on their knickers right away and go,” Magomedova said.

In August, a report published by the Legal Initiative for Russia NGO revealed that tens of thousands of Avar women and girls had undergone FGM in Dagestan.

Nadia, from Saruso village, said that she was offended by the media outrage that followed.

“When I read the comments on Facebook, I was hurt,” she said.  “Some laughed at us, some mocked us.  I answered them to not make fun of our customs, but rather preserve their own.  We are Muslims and we do this according to Muslim custom.  I am not ashamed of it, I keep my faith.”

The origin of the practice of FGM in Dagestan is unknown, explained Saida Siradjudinova, one of the report´s authors and a doctoral student of political science and ethnic policy at the North Caucasian Academy of Civil Service in the Russian city of Rostov-on-Don.

“The ethnographer Yuri Karpov has attributed female circumcision to pre-Islamic customs… but this is only his hypothesis.  It would be wrong to reference only that.  There is no exact source explaining how female circumcision arose in Dagestan.  The tradition moved to Georgia with [the Avars] who settled there,” she said.

According to Legal Initiative for Russia researchers, there was no uniform standard in Dagestan for FGM.

“Options and forms of operations on the genitals depend on the experience of the women who carry them out, the wish of the village women who bring the girl to this procedure, and even on the district,” the report said.

Three of the four types of FGM defined by the World Health Organisation (WHO), are applied in Dagestan.  They are incision and bloodletting, removal of a piece of the clitoris, and the removal of the clitoris and the labia minora.

In Saruso, an incision is performed that must bleed. By contrast, in Tivi and Chantliskure, the tip of the clitoris is cut off.

“There is a small piece, like a seed.  It is then thrown away,” said a resident of Tivi.

Naida’s cousin Zaripat has three daughters.  The two older ones have already undergone FGM.  Zaripat was reluctant, but her mother-in-law Muslimat insisted – although she later mourned the decision.

“When I saw how they were crying, I regretted what I had done.  What for?  Would they really not be Muslims without it,” the girls´ grandmother said.

“Only the people in the village (would) have wanted to know why we did not have the girls circumcised,” Muslimat continued. “They said, ‘It has to be done, we are Muslims.’  But if I had not done it, I would have worried that they were not circumcised and not pure Muslims.”

“They say a woman is less temperamental after circumcision and does not have affairs,” one of the village women said.

However, some families are refusing to go along with the tradition.

“This is done so that the girl does not need a man in bed,” said Tivi resident Imaniat. “But if there is no interest in family life, what kind of married life will they have?  Just living together?  No, I will not circumcise my daughter.”

Imaniat´s family lived in Makhachkala, the capital of Dagestan, before moving to Tivi a couple of years ago.  She argued that female FGM had little connection to Islam.

“One mufti said it is done so that there is no debauchery on the female side.   But it is the man who makes the first step towards this debauchery.  The woman, the weaker sex, submits to him.  There is a book of God – the Koran – it does not say there that it is a duty for a girl to be circumcised,” Imaniat said.

Indeed, the Mufti of Georgia´s Muslims Administration, Yasin Aliyev, also noted that the Koran said nothing about such an obligatory procedure.

FGM appears limited to the local Avars, with Georgian Muslims from other ethnic groups refraining from the practice.

“Some nations do it according to their national traditions, but not according to Islamic law… Maybe the circumcision of girls has something to do with the national customs of the Avars, then it is a different matter,” Aliyev said.

“The Koran does not say that circumcision is a duty,” he added.  “To become a Muslim, one can say the shahadah [declaration of faith] and follow the precepts of Islam. Circumcision is not necessary to do this.”

Quite apart from the psychological trauma, Paata Imnadze, the scientific director of the National Centre for Disease Control in Georgia, noted severe physical risks associated with FGM.

“If the circumcision procedure does not take place in a sterile environment, there is always a high risk of various diseases: purulent infection, tetanus, hepatitis, blood poisoning,” he said.  “Treating the instrument with spirit does not give any guarantee of sterility and does not protect from serious illness.”

“Cutting off the clitoris is very dangerous.  It can lead to complications.  For example, there may be bleeding, scar hypertrophy or complications in the healing process.  There is also a chance of an infection, and then it can begin to fester.  Any operation, even a small and insignificant one, should be held in special cabinets under sterile condition,” Datoshvili said.

Magomedova, who cuts girls in Saruso, said that such risks were exaggerated.

“Before the operation, I turn to Allah and ask in Avar that all will turn out well,” Magomedova said. “For many years, there have been no cases of girls dying from blood poisoning in the village after circumcision.”

However, United Nations agencies make clear that FGM is a violation of human rights and constitutes an extreme form of discrimination against women.

The Georgian authorities said that they were unaware that FGM was being carried out in the country.

Georgia´s ministry of health told IWPR that it was the first time they had heard about FGM being carried out on Georgian territory.

“We are not aware that there is such [a practice] here,” a spokesperson said. “None of our departments working in Kakheti has informed us.  If someone turns to us for help, it will probably be possible to carry out checks.  But so far, no complaints have been received.”

A spokesperson from the human rights committee of Georgia´s parliament told IWPR that they would now investigate.

“We cross-checked your information in the reports of local and international human rights organisations, institutions and the office of the public defender, but such facts are not mentioned in them.  But, in spite of this, the public defender has expressed his preparedness to carry out monitoring in the villages of the Kvareli district specified by you and to provide us with the relevant information.”

Aida Mirmaksumova is a freelance journalist.

Georgia
Women's rights
Connect with us