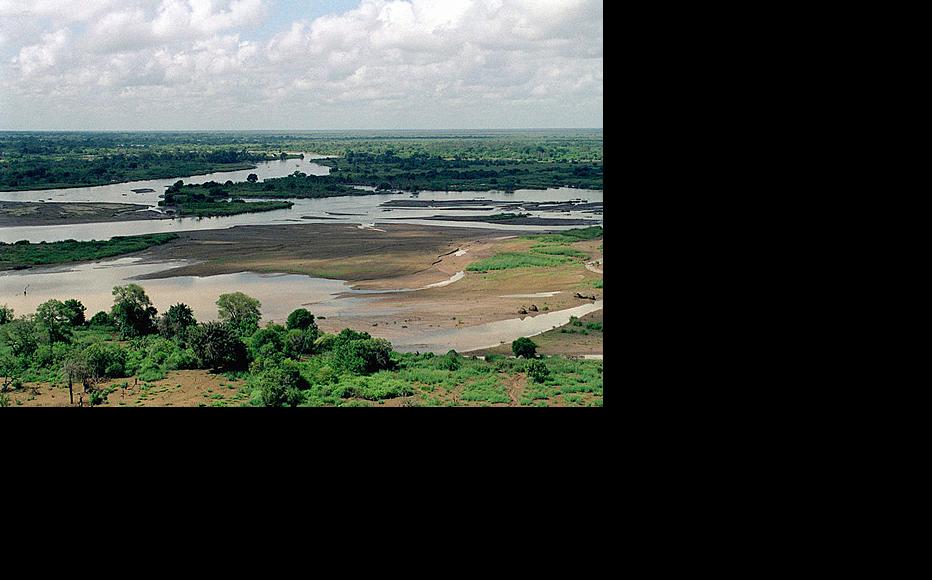 The Orma and Pokomo ethnic groups, in Kenya's Tana river delta region, have a history of troubled relations.
The link has been copied

It is 5.30 in the afternoon in Kipao, a village in the Tana river delta region on the coast of Kenya, 300 kilometres north of Mombasa.

Shop owners are hurrying to close up for the night and get home before the six o’clock curfew. The restriction has been in place since September 2012, after brutal clashes involving two local ethnic groups, the Orma and Pokomo.

According to the Kenyan Red Cross, 187 people were killed in the fighting, in which firearms, machetes, spears, and bows and arrows were used, and over 33,000 others were uprooted from their homes. More than 800 properties were destroyed.

The Orma and Pokomo have a history of troubled relations, and disputes over the use of farmland and water in this arid landscape have frequently boiled over.

The Pokomo are settled farmers, and often accuse the Orma, who are semi-nomadic pastoralists, of destroying their crops by grazing cattle on their lands. In turn, the Orma accuse the Pokomo of killing and stealing their livestock and preventing them from accessing the waters of the river Tana, which runs between the two communities.

The night-time curfew was imposed by former president Mwai Kibaki as part of a range of measures designed to restore calm after the bloodshed. One thousand additional security personnel were deployed, and continue to patrol the area.

Government leaders and community-based groups have held meetings in an effort to bridge divisions between the Pokomo and Orma.

But a year on from the attacks, bitterness still runs deep. People on both sides who lost relatives want justice, and some warn that without prosecutions, more trouble could break out.

Munga Godana, a 58-year-old Orma businessman who owns a food shop in Kipao, lost his wife in last year’s violence.

“My two children have not gone back to school since [the attacks],” he told IWPR. “They are still traumatised because they watched their mother hacked to death by Pokomo raiders before I managed to flee with them to safety.”

Godana tried to shield his children from a machete-wielding attacker, and lost his left hand as a result. He is still heavily scarred on his head and back.

“I don’t want my children to go back to school and mingle with the sons and daughters of the very enemy who killed their mother,” he said. “I cannot trust them – what if they attack my children again? They will stay at home for now.”

Victims on the Pokomo side are just as mistrustful.

“How do you forgive and forget the man who slaughtered your father and mother as you watched, burnt your entire homestead and left you as good as dead?,” Moses Gwano, a 17-year-old Pokomo who lost both parents in the killings told IWPR. “We cannot settle and have peace when we see those responsible for our tribulations enjoying freedom. When these security officers leave this place, I can assure you there will be trouble again, because we haven’t seen justice done.”
While the government has beefed up security in an attempt to keep a lid on tensions, human rights advocates say efforts to build better relations between the Orma and Pokomo have fallen short of what is needed, and that unless more is done, there can be little prospect of lasting peace.

“There is some level of reconciliation which we and other actors have been trying to support, but one cannot fail to recognise the polarisation,” Mwanaisha Hamisi, assistant secretary-general for the Kenya Red Cross in Coast region, told IWPR. “Actors in the area should increase peacebuilding efforts as the government strives to address the underlying causes of the conflict, especially ensuring that the locals see justice being done against those involved in the clashes.”

Late last year, a judicial commission of inquiry appointed by Kibaki and led by a high court judge spent three months in the Tana river delta collecting information about the killings from residents and local officials. It drafted a report that included recommendations for action.

The document, which went to the government in July, has not been made public, but is thought to recommend criminal prosecution for those who perpetrated attacks, as well as demarcation of firm borders between the two communities.

“I have seen the report and it has some strong recommendations,” Mohamed Ruwange of the Kenya National Commission on Human Rights (KNCHR), said. “[Tana river] is only peaceful because there are over 1,000 police officers all over the place. What happens when they leave is what government should be worried about.”

Ruwange says it is worrying that the government has been silent since receiving the commission’s report.

"The government received the report but has kept quiet with it,” he said. “They have said or done nothing about it, and this easily makes the people who are victims on the ground think the state doesn't care after all, and therefore begins to brew the urge of finding justice by themselves through further revenge."

When contacted by IWPR for comment on the matter, Joseph Ole Lenku of the internal security ministry confirmed that the government did have the report, and said it was going through the findings to see what action should be taken.

The KNCHR has also given the government a copy of its own report, “Twenty-Nine Days of Terror in the Delta”, which also call for prosecutions.

“Civilian attackers committed various offences including murder and assault, causing grievous harm, forcible displacement, arson and destruction to crops. They are criminally culpable and should be promptly and effectively investigated and prosecuted,” the KNCHR’s report stated.

It also proposed new structures designed to resolve broader, longstanding grievances concerning such issues as land tenure and the perception that Coast region generally is ignored by central government.

For their part, the police in Tana Delta, whom the KNHCR report accuses of committing human rights violations during the clashes, say they have done their utmost to ensure justice is done.

Aggrey Adoli, police chief for Coast province, said more than 200 youths linked to the clashes had been arrested. Of that number, over 180 had been charged with crimes including murder, arson and robbery. However, no one has yet been convicted.

In response to KNCHR’s concern that no action has been taken against police officers suspected of abuses, Adoli denied any wrongdoing on the part of his force.

“Our own police officers died while trying to protect life and property,” he told IWPR. “We lost at least ten officers, and we – just like the locals – want to ensure justice is done.”

Ruwange and others would like to see more done to address differences between the Pokomo and Orma, which include perceptions of political imbalance as well as disputes over land ownership and use.

“These injustices are not only about grazing land and water, but have a lot to do also with politics,” Ruwange said. “All important taskforces and committees are dominated by the Ormas, so the Pokomos feel left out. [They] are always suspicious that any decisions made or actions taken are not in the best interest of both parties.”

Joseph Akwiri is a freelance reporter in Mombasa.