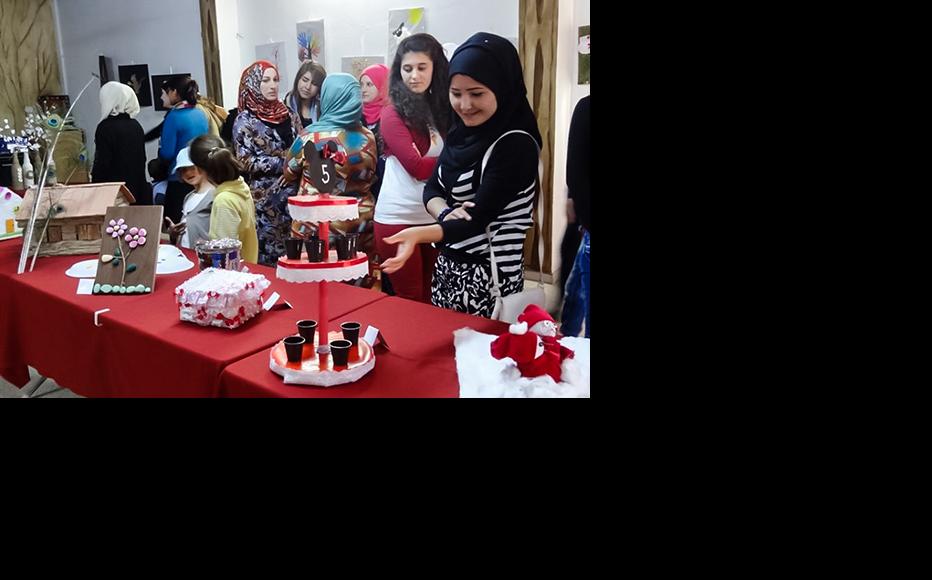 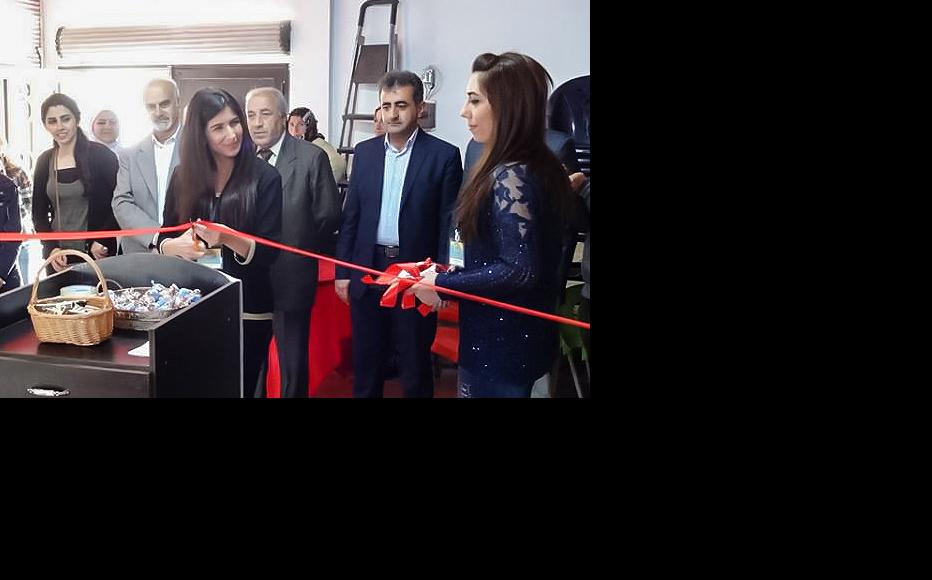 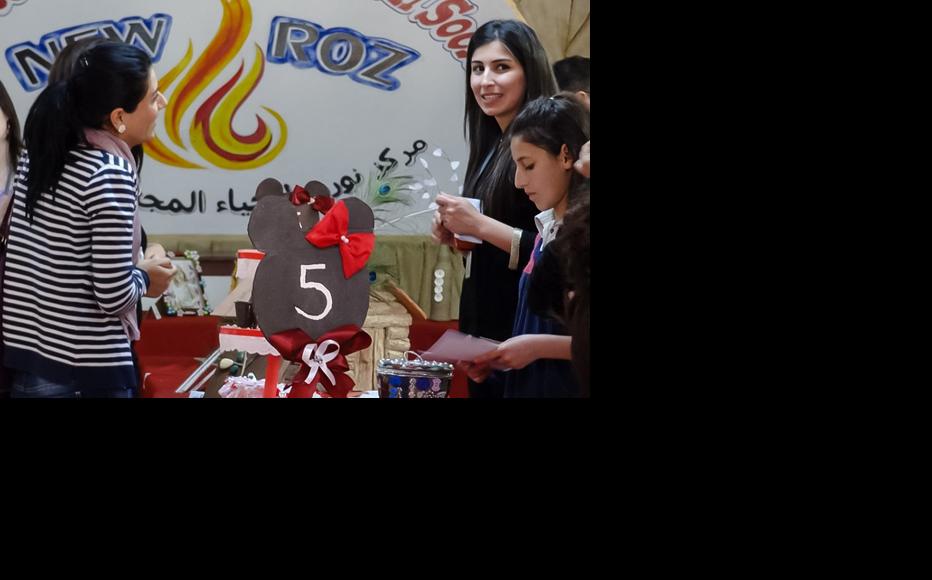 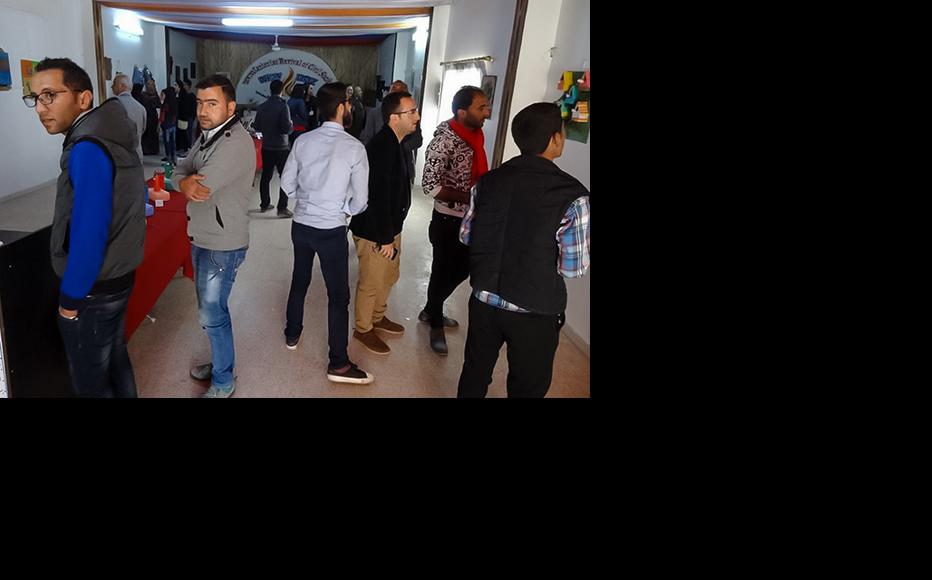 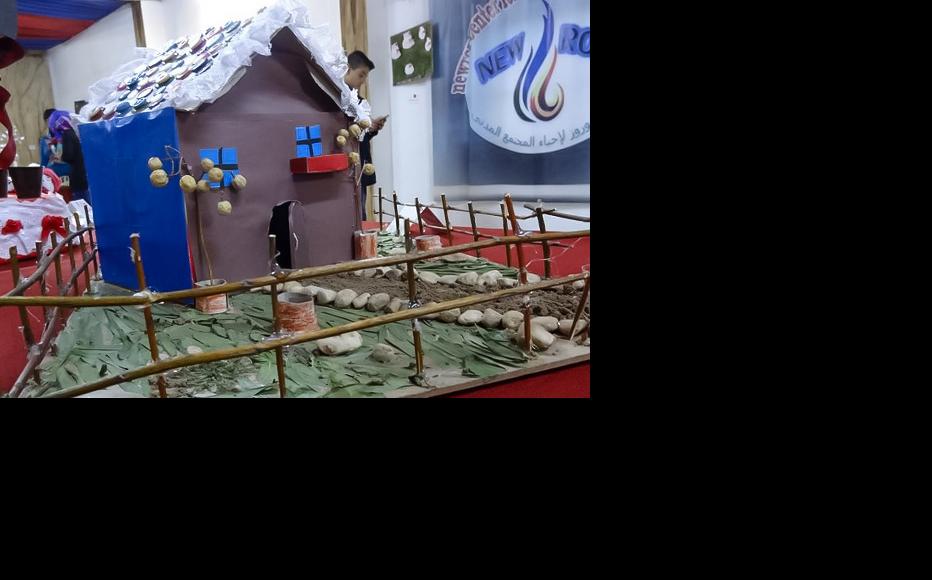 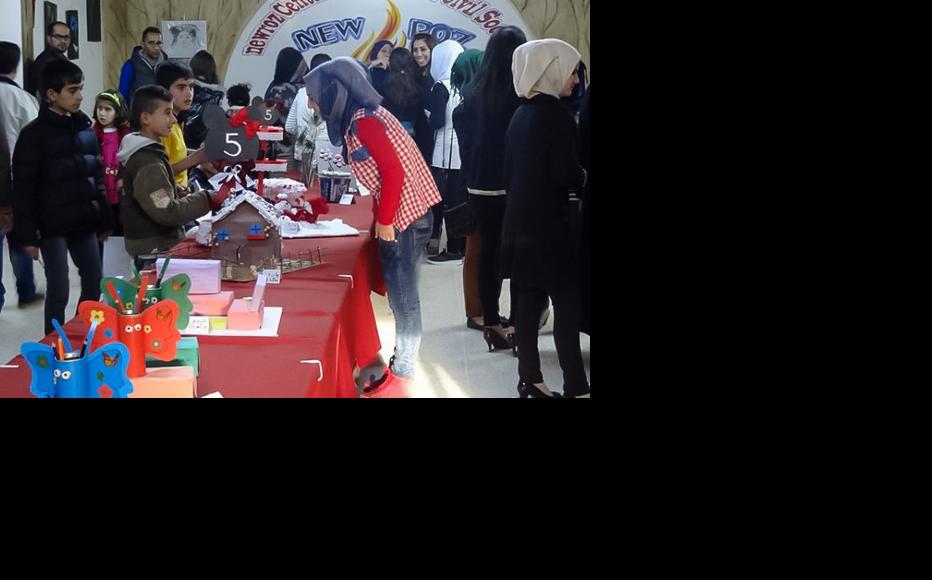 A group of children talk to a participant about her artwork. (Photo: Bukhityar Hassan) 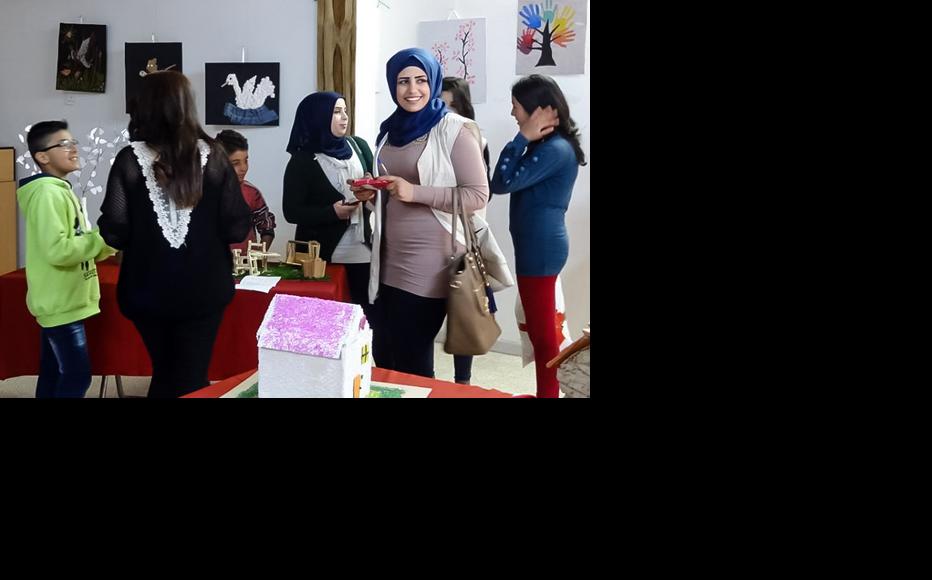 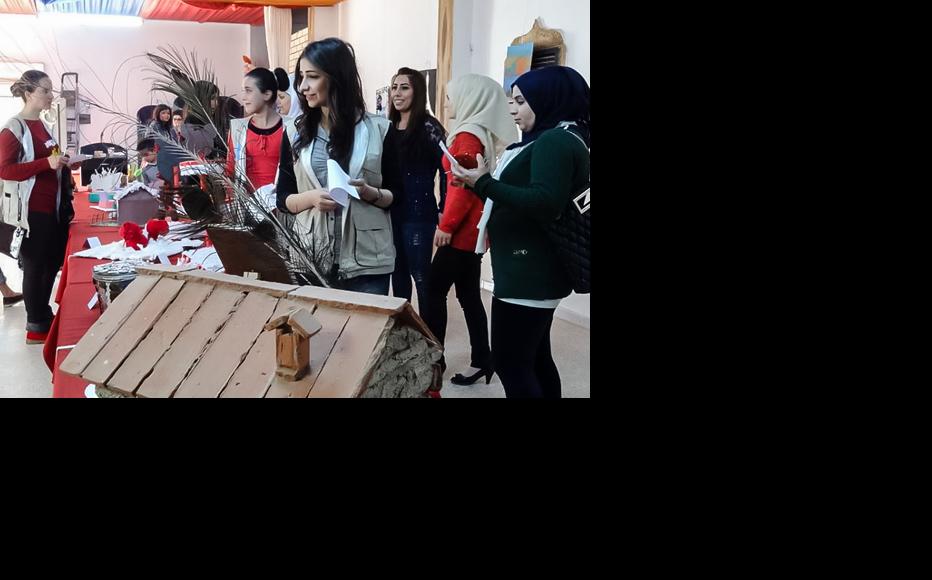 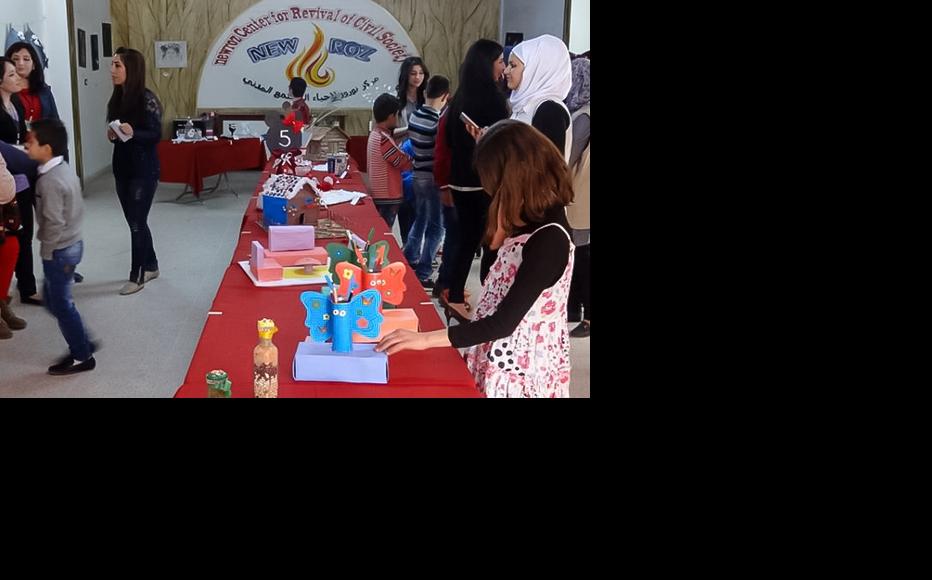 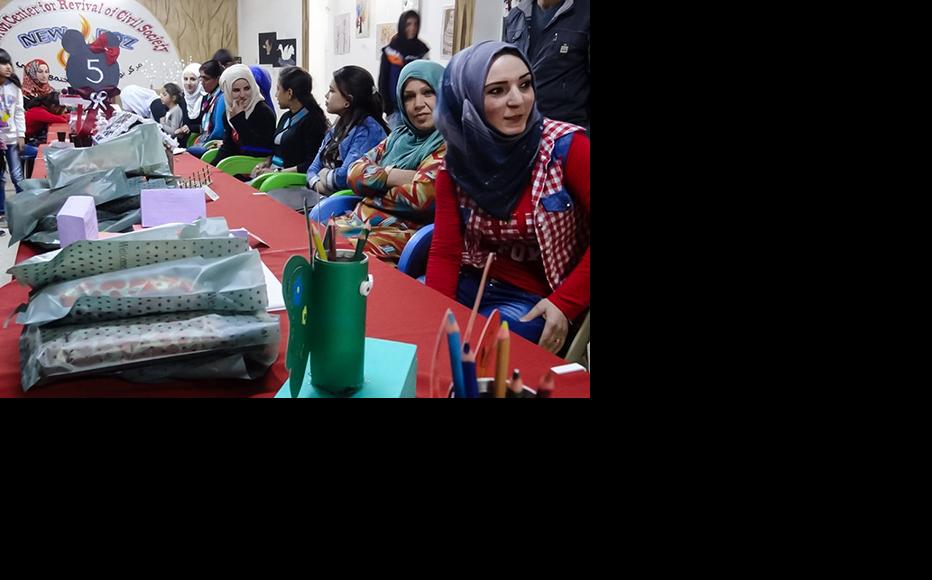 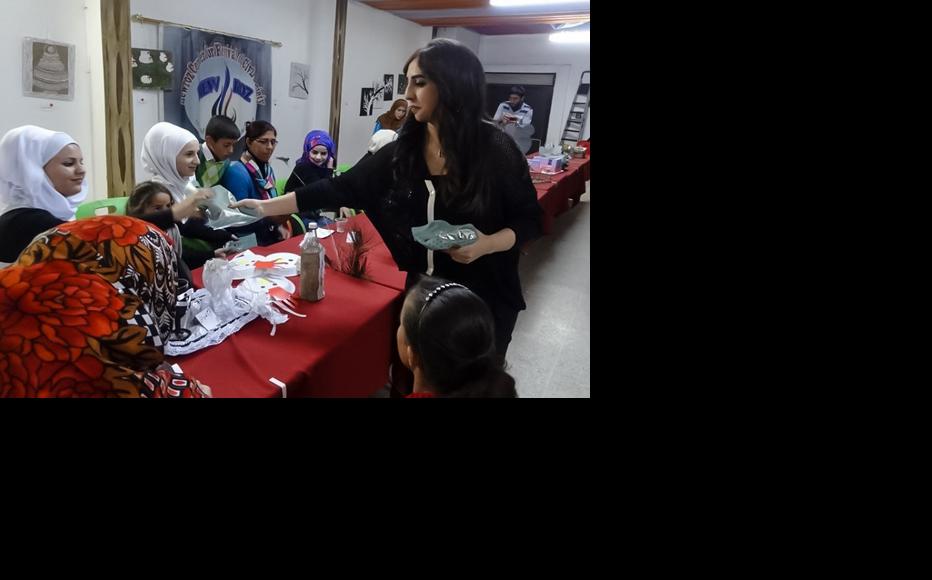 Winners receive their prizes. (Photo: Bukhityar Hassan)
The link has been copied

An exhibition at the Nowruz centre for the revival of civil society in the city of Amuda has provided a platform for displaced girls and young women to display their artwork.

Entitled The Song of the Flute, the event was sponsored by the organisation for Children and Young People and the Shabakit Aman organisation.

Ahead of the exhibition, participants attended a five-day workshop in which they were taught how to create art out of unwanted household objects such as jars and boxes.

The event aimed to boost the morale and confidence of internally displaced women and girls, as well as encouraging them to integrate into society and develop their artistic skills.

A total of 17 girls and young women took part in the exhibition, which concluded with the distribution of awards to the creators of the top four works of art as voted for by attendees.

Damascus Bureau’s Bukhityar Hassan visited the exhibition and took the above photographs.

Syria
Civil society
Connect with us