In Khost province, army dismisses claims of a plot to interfere in this week’s presidential ballot.

In Khost province, army dismisses claims of a plot to interfere in this week’s presidential ballot. 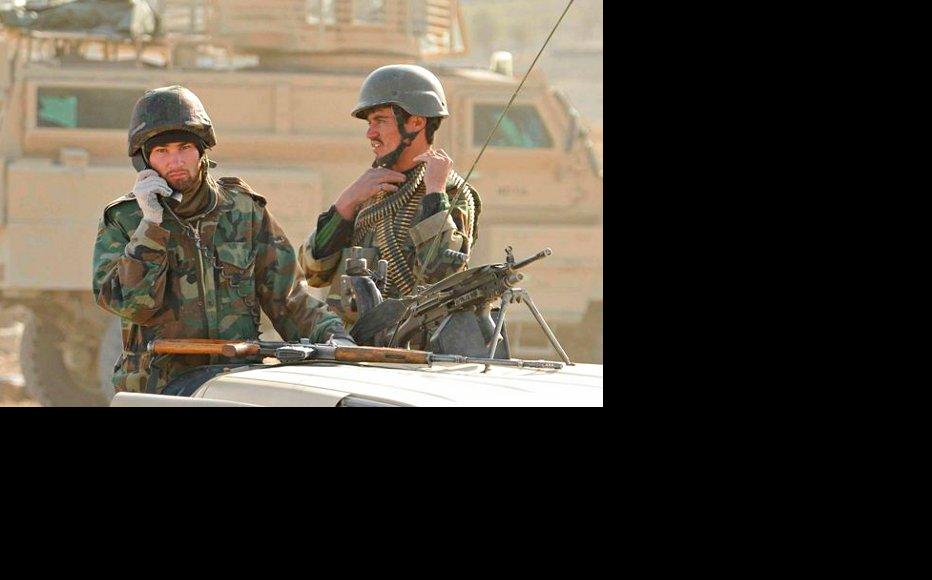 A row has broken out in the southeast Afghan province of Khost over allegations that members of the Afghan National Army (ANA) intend to fix the June 14 vote.

Officials and activists say they have received credible reports that soldiers deployed in the province plan to fill ballot boxes with filled-out slips and intimidate voters in the election. They say elements within the military are working to secure a win for one of the two candidates, Abdullah Abdullah.

The June 14 run-off will pit Abdullah, a former foreign minister, against ex-World Bank economist and finance minister Ashraf Ghani Ahmadzai. The run-off was called because no candidate secured the 50 per cent needed for an outright win in the election held on April 5. That first round saw a high turnout, attributed in large part to the Afghan security forces’ success in preventing insurgent attacks.

Both army spokesmen and Abdullah’s campaign team deny the allegations.

Homayun said he feared the same was going to happen this week.

“I chair the parliamentary committee on defence,” he told IWPR. “I have received authentic reports via various channels that a number of national army members in Khost want to stuff ballot boxes in favour of Abdullah Abdullah…. Interference by the army will bring a harsh reaction from the public this time.”

Abdullah ran in the 2009 presidential race and came second to the incumbent, Hamed Karzai, with 31 per cent of the vote, but he pulled out of the run-off claiming widespread electoral fraud. In the April 2014 vote, he came out in the lead with 45 per cent against Ashraf Ghani’s 32 per cent.

A civil society activist in Khost, Hajji Ajmal Tanay, said he had been warned by activists in Kabul and elsewhere in the country that ANA members intended to fix the election.

“There are many members of the Northern Alliance among the leadership of the national army, who obviously support Abdullah Abdullah,” added Tanay.

The Northern Alliance was a group of armed factions that came together in the 1990s to fight the Taleban, and broke apart into various political parties after the United States-led invasion of 2001.

Abdullah served as a aide to Ahmad Shah Massoud, the military leader of the Jamiat-e Islami party which was a leading force in the alliance. Although he is half-Pashtun, he is widely seen as representing the mainly Tajik northeast of Afghanistan. To broaden his appeal, he has selected Hazara and Pashtun figures as his nominations for vice-president.

An army officer in Khost, who asked to remain anonymous, said, “I can confidently share with you that some circles of the ANA in Khost have begun efforts to swing the election in favour of their preferred candidate, Abdullah Abdullah.”

The officer said he had information that soldiers would warn people to vote for Abdullah or stay at home on election day. He said they planned to stuff ballot boxes in areas of the province where security was poor.

Ahmad Shafiq Wafa, head of the Independent Election Commission (IEC) in Khost, confirmed that ANA soldiers had committed offences in previous elections and said the same was likely to happen this week.

“Although the security forces committed themselves to impartiality before the last election, the security forces, particularly the ANA, did not keep this promise and broke the law in some cases,” he said. “I think the ANA will interfere in the election this time, too.”

“We have reports and evidence from previous elections that indicate that the security forces did not allow observers to monitor polling centres,” a FEFA spokesman in Kabul, Fahim Naimi, said.

He told IWPR that FEFA had received information that security forces were preparing to commit fraud in the June 14 run-off, and had talked to all parties to stress the need for transparency and fairness.

General Naser Hedayat, the commander of the First Infantry Brigade in Khost, dismissed claims of past wrongdoing and malign intentions.

“I can tell the people of Khost with confidence that I guaranteed your security in the last election and that I’m committed to eliminating security problems on this election day,” he said. “You should cast your vote in a peaceful atmosphere. The army will once again maintain impartiality.”

Javid Faisal, a spokesman for Abdullah, also denied the accusations.

“No one is colluding in fraud with us, nor are we doing so with anyone else,” he said. “The accusations against the army are coming from those whom it prevented from committing fraud in the last election.”

Faisal said the ANA represented all Afghans rather than any one political or ethnic group. The army had made great progress in delivering security at the April 5, and it deserved praise, not accusations of deceit.

Despite the ANA’s denial, Khost residents interviewed by IWPR said the had seen soldiers trying to obstruct previous elections and thought it possible the same would happen again.

Faridullah, from the Mandozai district, said that when he was managing a polling station in Nadir Shah Kot district during the 2009 presidential election, an ANA officer came in and started asking people who they had voted for.

“When I tried to prevent him asking this, he beat me up and told me it was none of my business. His men came in as well, and in full public view, they prepared the ground for fraud in favour of Abdullah Abdullah,” Faridullah said.

Mobarez Mohammad Zadran, spokesman for Khost governor Abdul Jabbar Naimi, said that in anticipation of the June 14 polls, a coordination meeting took place at the governor’s office with security officials, representatives of the two candidates, observers and other interested parties.

At this meeting, Naimi obtained written assurances that everyone involved would act responsibly and that non-political bodies would remain impartial.

“The meeting resolved that offenders should be punished in accordance with the law,” Zadran added.

Nasir Ahmad Roshan, a Khost political analyst, pointed out that the ANA was trusted more than other security agencies, but warned that this confidence would be undermined if it was seen to be interfering in the electoral process.

“I call on ANA personnel to prevent their colleagues from committing fraud and from interfering to benefit one faction or individual,” he said. “They must not abuse their sacred assignment and its great importance.”

Ahmad Shah is an IWPR-trained reporter in Khost province, Afghanistan.

Pakistan, Afghanistan
Elections
Connect with us