Policy shift towards community care has not extended to children with disabilities.

Policy shift towards community care has not extended to children with disabilities. 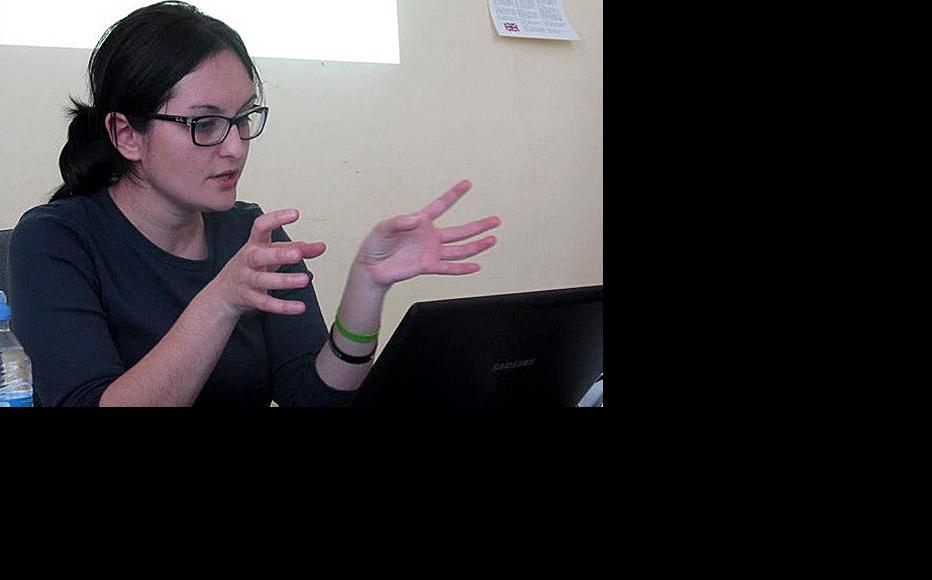 Anna Arganashvili of the Partnership for Human Rights in Georgia. (Photo courtesy of A. Arganashvili)
The link has been copied

In a major overhaul of the state care system since 2009, the authorities in Georgia have closed down big orphanages and assigned children to smaller care homes, foster parents, or their own families with community support systems in place. One group, however, has fallen by the wayside – children with disabilities.

In a report covering 2010 to September 2013, the Washington-based Disability Rights International (DRI) found that children with disabilities were still largely excluded from the reform programme.

While giving the government credit for the success of the programme to de-institutionalise care provision for minors, DRI said that “institutionalised children with disabilities were largely excluded from this reform process. These children continue to be marginalised and abused. Without services for adults with disabilities, these children face the prospect of lifelong segregation from society.”

The DRI report, which came out in December and was widely publicised in Georgia, covered all state care institutions for children and adolescents.

It cited staff at the Tbilisi Infants’ Home as saying babies with disabilities were denied life-saving medical care because doctors believed they would not enjoy a good quality of life. “As a result, staff report that they can sometimes do little more than wait for children to die in their cribs,” the report said.

DRI found that children with spina bifida and hydrocephalus were the most likely to be denied medical treatment. In addition, babies seen to have poor prospects of survival were denied pain relief.

The group noted that its local partner, Children of Georgia, documented a 30 per cent death rate among children with disabilities in the Tbilisi Infant House, in a study covering an 18-month period in 2009-10

The findings came as a shock to many Georgians, but not to Anna Arganishvili of the Partnership for Human Rights. They only confirmed what she has known for years about the way disabled children in care are treated.

Arganishvili notes that many of the same issues were raised in a 2012 report by Georgia’s ombudsman, the Public Defender. This report also found that the most serious violation of human rights was the denial of medical treatment and palliative care for children with hydrocephalus.

“Dozens of specialists observe a child passively and see no need to reduce its pain and immense discomfort,” the ombudsman’s report said. This, it noted, could be “equated to torture and inhumane treatment in terms of its gravity”.

According to Arganishvili, the ombudsman’s report got little publicity at the time and was not debated in parliament.

The Public Defender’s office told IWPR that neither its own report nor the DRI’s findings had resulted in significant changes to care practices.

“We conducted our last routine monitoring of the Tbilisi Infants’ Home on February 6,” Natia Piralishvili, head of the office’s unit for the rights of disabled children, said. “There are 55 children there, 15 with hydrocephalus and six with microcephaly. All the challenges and problems discussed in the 2012 ombudsman’s report and in the DRI study are still in evidence.”

More broadly, Piralishvili said that “almost nothing has been done” to implement the Public Defender’s recommendations on de-institutionalising care for disabled children.

Health officials in Georgia dispute both the DRI and ombudsman’s reports.

“A great deal more needs to be done for disabled children,” Gia Kakachia, the head of the ministry’s social protection department, told IWPR, “but I categorically disagree with DRI’s conclusion that these children are being denied essential treatment.”

Kakachia said surgical interventions in hydrocephalus cases needed to happen at the earliest stages of life. “If the neurosurgeon believes the operation is necessary and will be effective, it invariably carried out,” he said.

But he added that in such cases, parents often took two or more months before seeking a medical intervention, “by which time surgery becomes pointless”.

Kakachia said it was “very hard to talk about deinstitutionalisation” for the 20 of the 55 children in the Tbilisi home whose condition was grave, or the five others in palliative care.

“It’s impossible to imagine them being placed in foster care or being reintegrated with relatives. They need a palliative care centre, but that will take time,” he said.

Georgia
Children
Connect with us