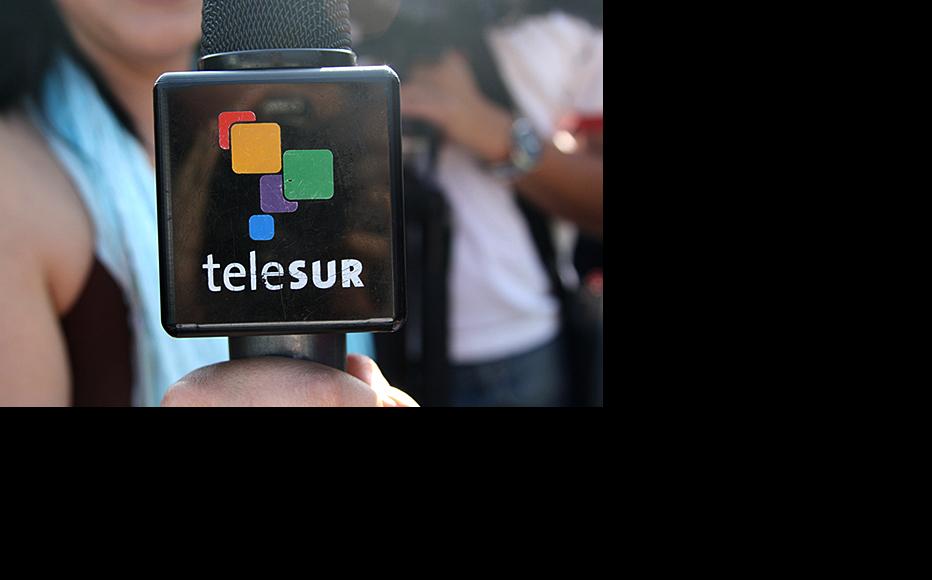 Venezuela's teleSUR channel is to be broadcast on Cuban state television. (Photo: Alejandro Villanueva/Flickr)
The link has been copied

The Venezuelan TV channel teleSUR is being shown in Cuba as part of a broader rescheduling intended to make state-run television more interesting.

News of the Venezuelan import was announced, together with other changes, in a special programme shown on Cuban TV on January 20.

Rafaela Balanza, director of programming on the Education Channel 2, explained that these were “adjustments” intended to make programmes “more diverse, more entertaining and more educational”.

TeleSUR is a 24-hour news channel, financed mainly by the Venezuelan government and aimed at a broad Latin American audience. It is transmitted in Venezuela, Bolivia, Ecuador and Brazil, and is also available on pay TV in other parts of Latin America and in Europe.

Gualdo Ramírez, who represents teleSUR in Cuba, said it would be broadcast 14 hours a day on Education Channel 2.

He noted that teleSur seeks to disseminate the ideas of the Bolivarian Revolution, the movement led by Venezuelan president Hugo Chávez.

Chávez is currently in Cuba recuperating from cancer treatment.

Ramírez said his channel “expounded a vision of the South and the way that we construct our identity… from an ideological point of view, so as to build a better society which can stand up to the capitalist hegemony which has arrived and expanded throughout the world”.

At the same time as Education Channel 2, other Cuban TV outlets are shifting focus as well.

Education Channel 1 will show educational programmes in the morning and will carry music from midday onwards. Tele Rebelde will be exclusively for sporting events, Cubavisión will focus on serials and soap operas, and Multivisión will be a film channel.

Aside from the Venezuelan programmes, most of the content shown on TV will continue to be domestically-produced.

Officials say Round Table, a key programme used to explain government policies and criticise dissent both at home and abroad, will continue to be aired.

The show was initially created in 1999 to cover the “Elián affair”, which concerned a boy whose mother died while trying to flee on a home-made raft and who was then claimed by family members in both the United States and Cuba. Once he was back in Cuba and Round Table had served its purpose, the show’s scope broadened to cover other ideological matters.

Cubavisión’s director Victor Torres has acknowledged that some parts of the current schedule get tiny audiences, but he said this “should gradually be eliminated as new programmes arrive to fill the gaps”.

Some experts see the changes to programming as an attempt to sustain Cuba's television output without injecting large sums of money.

Alejandro Tur Valladares is an independent journalist in Cuba.

Cuba
Media
Connect with us