Cuban Athletes in Race to Leave

While some seek better lives abroad, others stay out of a sense of loyalty.

Cuban Athletes in Race to Leave

While some seek better lives abroad, others stay out of a sense of loyalty. 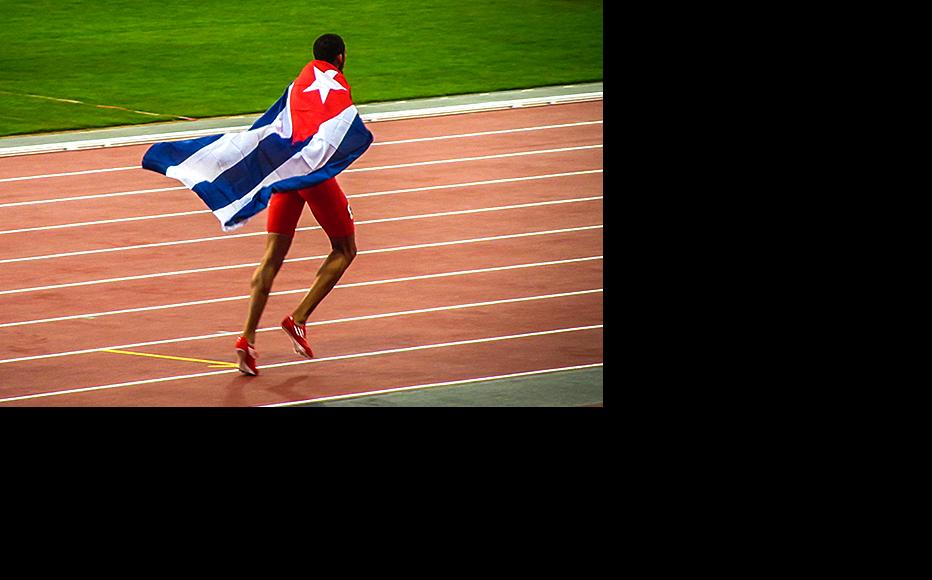 Cuban athlete at the London 2012 Paralympic Games. (Photo: Garry Knight/Flickr)
The link has been copied

Cuban athletes who leave the country in search of better careers abroad frequently cite a lack of support and poor rewards.

Robertlandy Simón Aties used to captain Cuba’s national volleyball team, but resigned after growing disillusioned with the way he was treated as a top sportsman.

After his team came second in the World Volleyball Championship held in Italy in 2010, he managed to persuade the authorities to reward him with a car. But this came only after “wearing myself out with asking”, he said – and he was the only player given a car. In addition, he said that players were paid late.

Simón Aties was able to emigrate legally because he had married an Italian, and he now has a three-year contract with a volleyball team in Piacenza.

There are many similar stories. Last June, five members of the national basketball team absconded during a tournament in Puerto Rico.

“I wouldn’t criticise an athlete who decides to leave the country to seek a better future,” said a young athlete at the Giraldo Córdova Cardín sports training centre, who did not want to be named. “Looking forward to years representing a country that isn’t your own is more satisfying than representing the country you were born in.”

He added, “When I get an opportunity, I’ll be going.”

The sportsman claimed that team selection for international events was often more about political reliability than ability.

Another young athlete cited the case of runner Dayron Robles, who won the 110 metre hurdles at the Beijing Olympics in 2008. He was then involved in a two-year battle with the national Olympic body and the Cuban sports institute, over outstanding payments worth 40,000 dollars.

Robles eventually won his case, but the young athletes said that if a big star like that had to fight so hard to get what was due to him, then “What can I hope for?”

Not everyone agrees. One national-level player said he had had opportunities to leave, but he felt he owed it to the Cuban Revolution to stay.

“I’m not blind. It’s true that the government is slow to give you things like a home and a car,” he said, “That’s because of the blockade imposed by the United States. But in the end, they do give it to you.”

As for those who chose to emigrate, he said, “I don’t feel bitter about it. It’s their decision. The only thing I feel is that they’ve lost out on an opportunity to represent their roots.”

A trainer at the Cerro Pelado College for High-Performance Athletes said he felt his time had been wasted every time an athlete defected from the Cuban team at an international competition.

“I think that’s wrong,” he said. “They’re people who have no love of their country.”

Carlos Rodríguez is the pseudonym of an independent journalist based in Havana.

Cuba
Connect with us