Cuba: La Güinera Waits for News of Its Detainees

Nearly 100 people from the impoverished neighbourhood were detained in connection with the July 2021 protests. 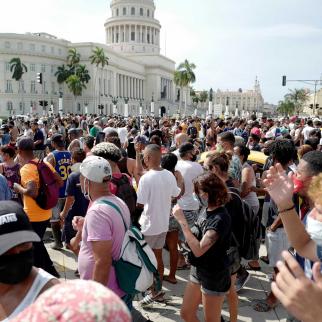 People take part in a demonstration against the government of Cuban President Miguel Diaz-Canel in Havana, on July 11, 2021. © ADALBERTO ROQUE/AFP via Getty Images

Cuba: La Güinera Waits for News of Its Detainees

Nearly 100 people from the impoverished neighbourhood were detained in connection with the July 2021 protests. 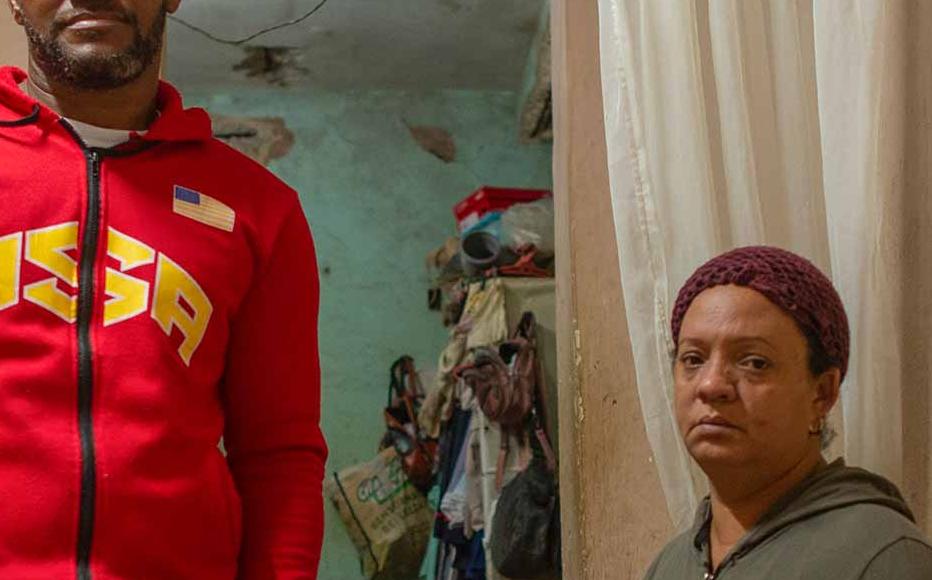 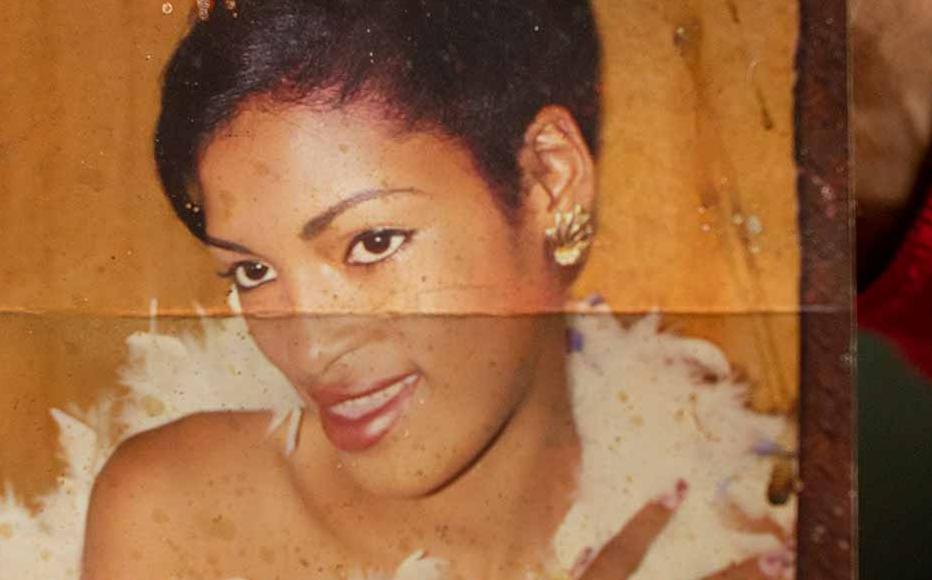 Mackyani Román has been giving manicures inside the prison where she has lived for more than six months. © Werner Holt 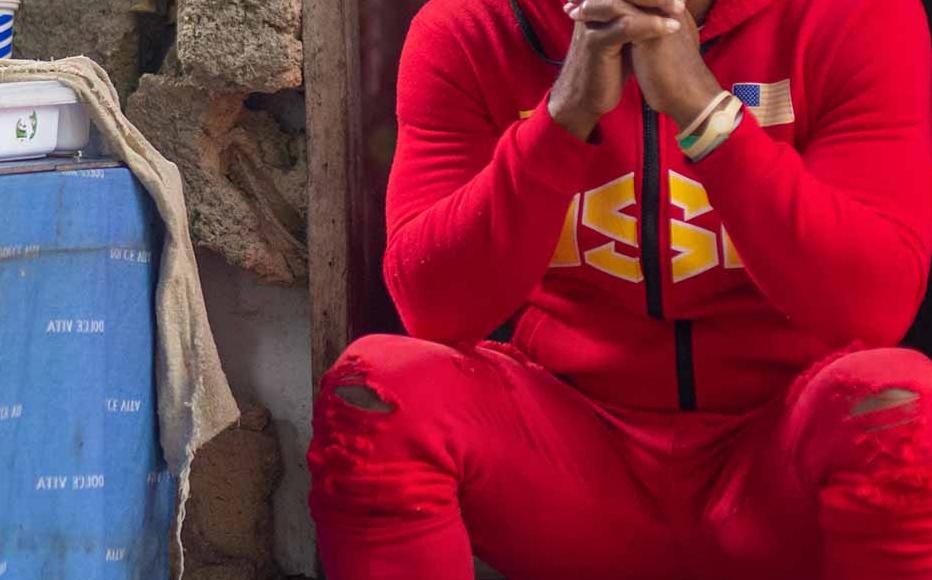 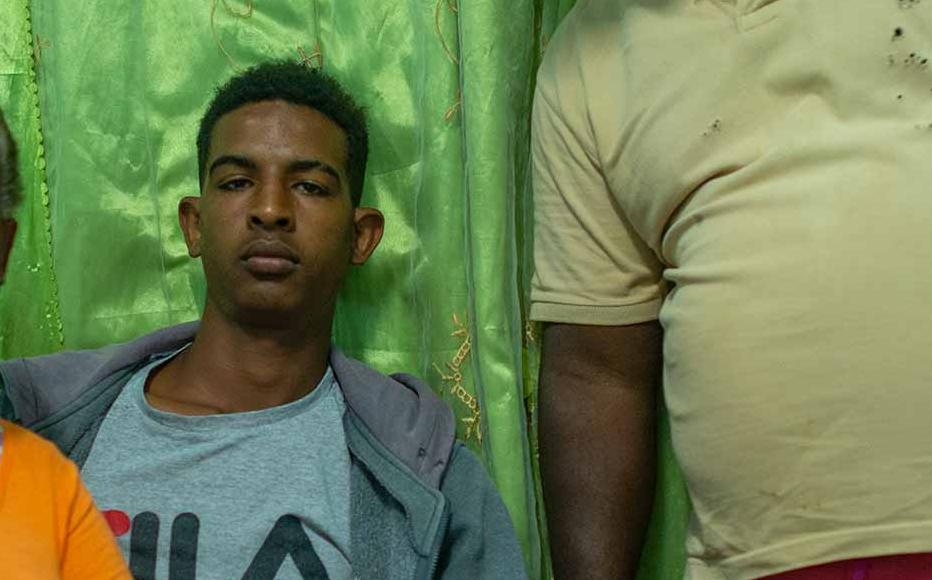 Yarnelis Garcia and Janoi Ceballos, mother and stepfather of Misael Yoel Fuentes Garcia, had to pay a fine even though Misael was wounded on July 12. © Werner Holt 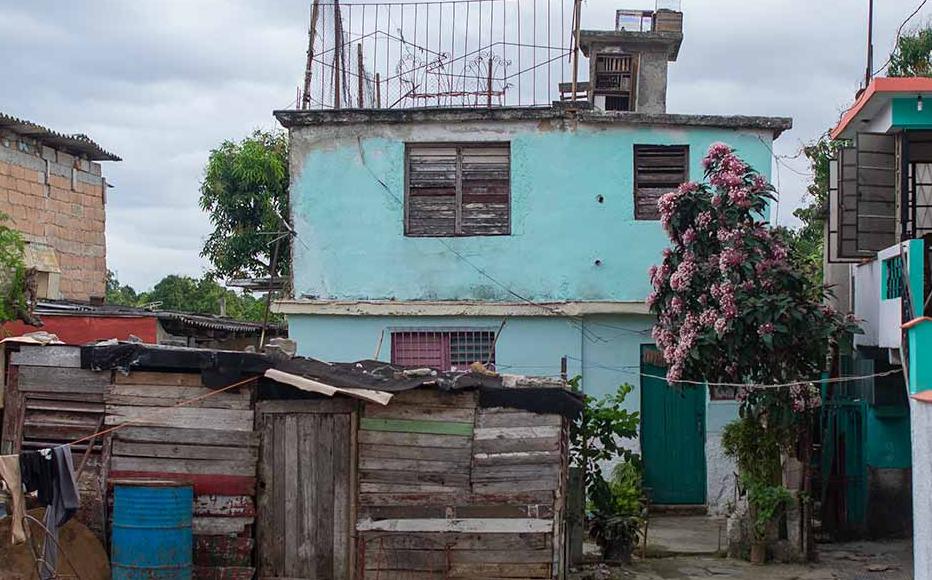 La Güinera is one of the poorest neighbourhoods in the Cuban capital. © Werner Holt
The link has been copied

Emilio Roman Matos keeps returning to the municipal court in Havana’s Diez de Octubre neighbourhood to keep himself up to date with the trials of dozens of people who took to the streets to protest against the Cuban government in July 2021. Three of them are his children.

Nearly 800 people have been prosecuted for taking part in the protests, the most important public demonstrations the country had seen in decades. Out of these, 96 come from Matos’s neighbourhood of La Güinera, one of Havana’s poorest.

Most of those arrested – like Matos’ children Emiyoslan, Mackyani and Yosney – are still behind bars following the July 11 and 12, 2021 protests.

Emiyoslan, the youngest, was not yet 18 when he was arrested.

All 96 of those from La Güinera have been charged with sedition, the most serious crime protestors can be accused of and which carries a prison term of up to 20 years or more. Historically, according to the Justicia 11-J NGO, this Havana neighborhood – home to approximately 25,000 people - has the highest concentration of sedition charges in the country.

However, the trial records of these cases contain weak allegations, contradictions and baseless evidence.

According to the public prosecutor’s office, the sedition charges against the La Güinera residents were due to the “riot-like situation [that] led to injuries and put the lives of civilians, public officials and law enforcement officers at risk, by attacking them with sharp, blunt and incendiary objects, seriously disturbing public order with the deliberate purpose of subverting rule of law”.

The July 2021 demonstrations in La Güinera were not characterised by violence. Unlike elsewhere in Cuba, police patrol cars were not attacked and the highly criticised dollar stores –where food can only be bought with foreign currency– were not vandalised.

There was no looting or serious damage to property; the only violence came in the form of occasional stone throwing.

For example, the public prosecutor’s office called for a 23-year-sentence on sedition charges for Odet Hernandez Cruzata, 33, and 20 years for her partner, 41-year-old Reinier Reynosa Cabrera. Both claim that they were only livestreaming the protest and were not taking part in violent acts.

The prosecutor used Hernandez’s livestream as evidence, as well as six videos of the July 12 protest found on her mobile phone. Furthermore, the prosecutor claimed to have a “record of the detainee Odet Hernandez Cruzata’s voice” that proved she uttered “counter-revolutionary” slogans.

In other cases, the authorities have tried to connect protestors with the opposition in exile, without any basis.

Wilmer Moreno Suarez, a singer and composer, received 240 US dollars per month from fellow musician Rolando Regata, a Cuban citizen living in the US, via Odisea Studios which promotes their work.

As Regata had messaged Moreno Suarez during the days of protest, the prosecutor argued that made the accused an instrument for the opposition movement abroad. It has recommended he be jailed for 25 years.

Speaking from his home in Fort Myers, Florida, Regata said that he did not even know he had been mentioned in a Cuban court document.

He explained that as a musician he had “nothing to do” with politics.

“I’ve been living in the US since I was 12 years old,” he continued. “The money I sent him was to help him out and for our musical collaborations. At no point did I pay him to go out and protest. Plus, if I was a member of the opposition, would I only send him 240 dollars? That doesn’t make any sense.”

Only three of those charged in La Güinera identified as opposition members or human rights activists: Angel Serrano Hernandez, Roberto Ferrer Gener and Delis Yoel Parsons Bones. Parsons Bones was given a fine while the other two are awaiting sentencing, with 22 and 20-year-terms recommended respectively.

The public prosecutor also claimed that the detainees attacked and injured police officers and counter-protestors, but failed to back this up with evidence.

While it is true that stones and other objects were thrown during the protests, the prosecutor’s office was unable to find police officers or counter-protestors who sustained serious injuries.

Meanwhile, the police used live fire against protestors, and many of them were hit, including minors. One man, Diubis Laurencio Tejeda, 36, died during clashes in La Güinera.

Misael Yoel Fuentes Garcia, 16, was one of those injured in the neighbourhood.

His stepfather Janoi Ceballos said, “I was told my wife went to look for my stepson at the protest. She didn’t find him, and she soon found out that he had been hit by a bullet in his knee, just before they killed the other young man.”

Fuentes was later fined 1,000 Cuban pesos (40 dollars) and his case was closed after months of receiving visits from ministry of interior agents.

Following the protests, the authorities embarked on a programme of renovation in La Güinera, paving roads, repairing pavements and painting building fronts. High-ranking officials visited the neighborhood, including president Miguel Diaz-Canel, who toured the area in August.

However, this has not served to assuage popular discontent. In December, several mothers and wives met and recorded a video demanding freedom for their loved ones who were still in detention.

As for Roman Matos, he continues to wait for news of his three children.

“I have never felt as alone as I do right now,” he said. “Give me back my family.